The Best Spots to Surf in Japan 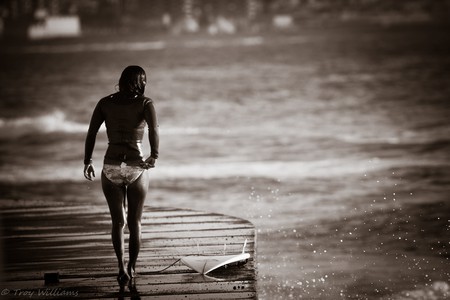 While the US and Australia lay claim to most of the world’s top surfing destinations, Japan’s 1,864 miles (3,000 km) of coastline provide more than just a few great places to catch a wave. With the Pacific swell to the east and tropical climate of the southern islands, good surfing conditions are available year-round in Japan. We take a look at where and when to find the best waves Japan has to offer.

For surfers traveling in and around Tokyo, the best surf can be found in Chiba (about 45 minutes outside of Tokyo), and Shonan, a slightly smaller, less crowded beach area just south of Chiba. The ideal Shonan surf trip begins at Enoshima Beach and ends at the traditional city of Kamakura. Just outside of the Kanto region is Shizuoka City (about 2.5 hours by car), a great option for those looking to escape Tokyo for a more rural coastline. Alternatively, head south down the Izu peninsula to Shirahama, a hugely popular – and often crowded – yet gorgeous beach location. The best times to surf these spots are around August through October. 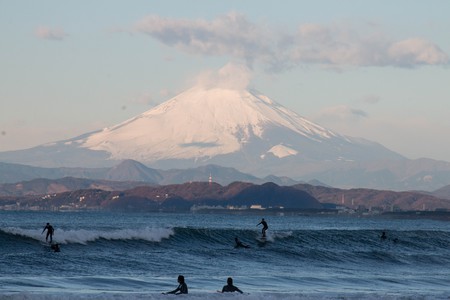 Considered by many to be the best region to surf in Japan, Shikoku Island to the southwest is known for its ideal beach conditions, easy access, and surf communities. Kochi and Tokushima prefectures on the island’s southeast coastline boast the best swells, with an average of 20 per season. For peak conditions, visit between June and November.

Okinawa and the islands

This tropical island chain in the south of Japan boasts the best weather in the country. With its subtropical climate and gorgeous beaches, Okinawa can be surfed all year long – even in the dead of winter. It is easiest to start on the main island of Naha and then branch out from there. A visit to Okinawa will require some planning as the sharp coral reefs and tropical storms can make some areas dangerous for novices. 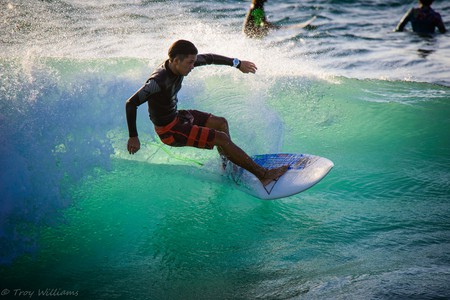 Travelers staying in and around Osaka city should check out the beaches along the coast of Wakayama prefecture, the most popular being Isonoura. About an hour by car from Osaka, Isonoura Beach attracts surfers from all over Kansai and can become overcrowded at times. For surfers with a bit more time (and a car), there are several smaller, less crowded spots further down Wakayama coastline.