The Best Places to Visit in Japan During Winter 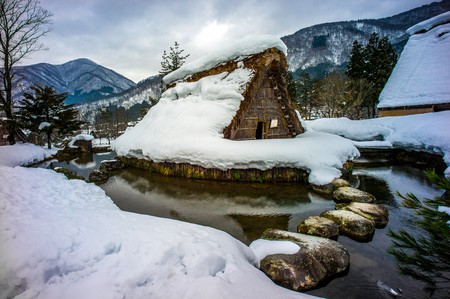 Secret ski fields, incredible seafood, and even sakura blossoms – winter may not be the most popular time to visit Japan, but it’s well worth considering. The country is full of diverse winter landscapes and novel events; here are some of the best places to visit in Japan during winter.

In recent years, the nation has garnered a reputation for being a hot ski hangout, which is well and truly justified. However, thanks to the incredible diversity of its landscape and passionate championing of traditional culture, a winter trip to Japan is quite unlike anywhere else in the world. 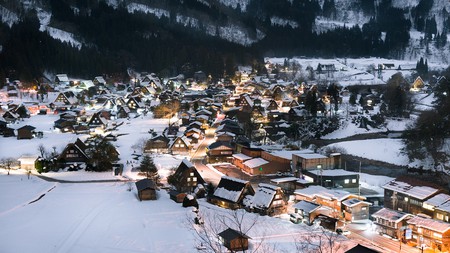 Looking like an idyllic painting come to life, Shirakawa-go is a small traditional village in the heart of Gifu that is stunning year-round. Nonetheless, winter is when it’s at its most beautiful. The area is best known for being the home of Japan’s unique ‘gasshou’ houses, a style of old-world traditional Japanese architecture. Some of the houses here are over 250 years old. The name ‘gasshou’ translates to ‘praying hands’ in English. It was so named because their sharply steep roofs clasped together resemble the two hands of the Buddha in prayer.

Nestled in the mountain crevasses that spread from the Gifu to Toyama Prefectures, Shirakawa-go is one of the country’s most heavily snow-covered villages. Around 96% of the area is still untouched forest. It may not be the easiest area to reach during the harsher winter months, but if you can get there, it’s worth the effort. Many of the ‘gasshou’ in the town now double as accommodations, so for a truly authentic, remote Japanese winter country stay it’s worth checking out. 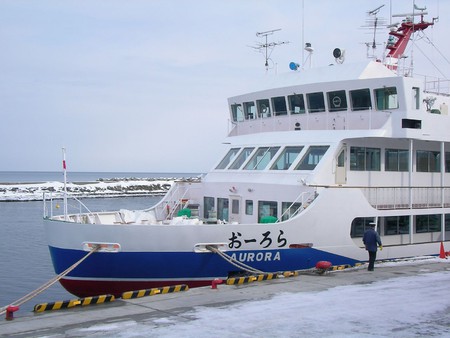 Head right up north to the Sea of Okhotsk along the coast of Hokkaido, and you’d be forgiven for thinking that you’re in fact in the middle of the Antarctic. Here massive plates of drift ice known as ryuhyo float atop the ocean surface.

Drift ice season may not be Japan’s most well-known winter vacation opportunity, but it’s definitely one of the country’s more unique experiences. Emerging in around mid-January and gone by March, there is a little time to check it out if you do want to see it in action.

Occasionally from land you can spot drift ice floating along the coast, but to really explore the area at its peak, it’s recommended you hop aboard one of the Aurora Sightseeing Boats. The tour boats depart from Abashiri Port in Hokkaido’s northeastern corner a couple of times daily, and a tour costs around 3,000 yen (£20) per person. 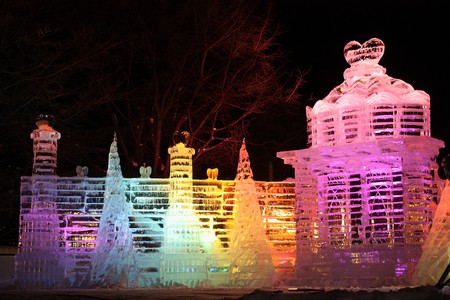 One of the country’s most popular winter attractions is the Sapporo Snow Festival, which attracts around two million visitors annually. The snow festival first began in the 1950s when some of the city’s younger members started building impressive ice statues in the city’s Odori Park. Since then, the event has snowballed into a must-see festival experience.

A week-long celebration that runs from early to mid-February, the festival features parades, parties and pop-up events. But the centrepiece of the celebrations are the ginormous snow sculptures that practically invade the city. The festival takes place over three main points in Sapporo: the Susukino Site, home to around 100 sculptures; the Tsu Dome Site, a hub of family-friendly attractions; and the Odori Park site, where the most impressive snow sculptures are exhibited. If you do plan on visiting, it’s best you book far in advance to avoid the manic winter rush. 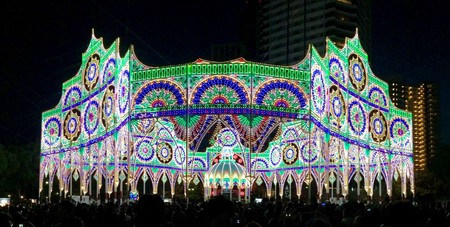 For Japanese city dwellers, the wintery Christmas season means it’s time to brave the cold and get out there to enjoy the seasonal illuminations. With an over-the-top spectacular show of fairy lights, LEDs, and projection mapping, Tokyo is home to some incredible light shows, but nobody does it quite like the city of Kobe.

Located less than an hour from Osaka, the port city of Kobe is well worth a day trip in you’re in the area, especially if you’re around in December. The Kobe Luminarie is the city’s annual celebration of the festival season, but it’s also a dedication to the memory of the thousands who perished during the Great Hanshin Earthquake of 1995.

The lights for the display were donated by the Italian government and designed by Italian artistic director Valerio Festi. Following the earthquake, electricity in Kobe was cut to many houses for an extended period of time, and the lights are said to symbolise hope, renewal and recovery.

For a snow adventure that’s still a relatively well-kept secret from the hordes of powder hungry skiers, book a trip to Akita city. Located in the picturesque pocket of Tohoku, Akita is probably most well known for its adorable Akita Inu, but the area has so much more to offer.

Unlike the more well-known ski destinations of Niseko and Hakuba, what’s exciting about Akita is that culturally it has remained relatively untouched while still being very tourist-friendly. For a real taste of authentic Japan, plan a few days in eastern Akita Nyuto Onsen village. This quaint and untouched snow-carpeted town is famous for its milky white, healing hot spring waters, which is the perfect soothing cure for these tired ski-sore muscles. 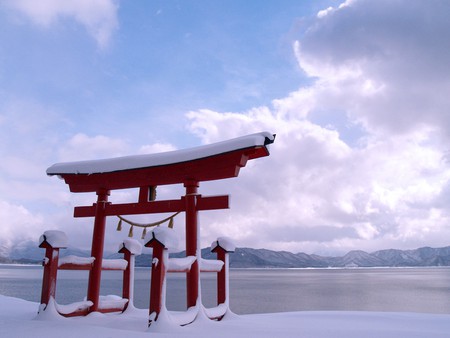 If you’re serious about seeing cherry blossoms (sakura) and don’t want to do battle with the swarms of other sakura-hungry tourists, beat the crowd by booking a winter excursion to Kawazu City. Located in Shizuoka Prefecture not too far from Tokyo, the area is home to some of Japan’s earliest blooming trees.

Here, peak cherry blossom season runs between mid-February to early March, and to celebrate the eagerly awaited arrival, the Kawazu sakura matsuri (festival) kicks off in conjunction with the first signs of blooming. From Tokyo you can get to the city of Kawazu in about three hours by train, making it an easy day-trip destination (if you plan well) and a perfect way to escape the still rather chilly inner city.

Tottori is Japan’s least densely populated prefecture, making it the perfect destination for those seeking a little respite from the country’s crowded major cities. It’s also home to some incredible natural sites. Mount Daisen is Tottori’s pride and joy, often referred to the ‘Mount Fuji of the west’ and is best admired in its snow-capped glory during the colder months. 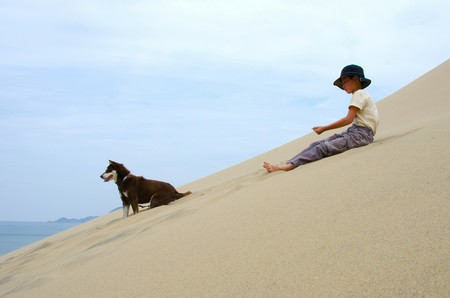 One of Tottori’s most famous tourist attractions is the Tottori Sand Dunes, the naturally crafted oceanside desert, which stretches from the coast to the northern corners of the Tottori city centre. In the warmer months, the area is rather crowded with sandboarders and camel riders taking charge. In winter, it’s practically deserted, giving it an eerie but fascinating and almost apocalyptic feel.

Sakaiminato Port in west Tottori is another reason to visit in winter, home to some of the most incredible seafood in the country. Matsuba-gani – known in English as snow crab – is the city’s most famous dish and is most available (and most delicious) during the peak winter months of November through March.