The Best Places to Visit in Japan During the Summer 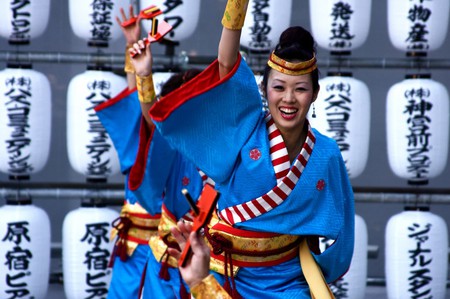 Although the weather can be temperamental and the air impossibly steamy, summer is a still a wonderful time to make the most of what Japan has to offer. The months between June and September mean beach-lounging, Mt. Fuji climbing and embracing the colourful summer festival season. If you’re planning on visiting Japan during the summer, here are a handful of places worth adding to your itinerary. 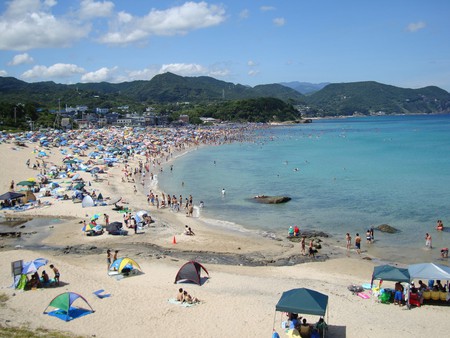 For a laid-back beach escape not too far from central Tokyo, the Izu Peninsula is one of your safest bets. Home to a collection of picturesque beaches scattered along the coastline, this peninsula can be found jutting out the south of Japan just below Mt. Fuji.

As you make your way southward, you’ll find a number of cute beach towns worth exploring, including Atami, Ito and Higashi Izu. However, the highlight is arguably Shimoda, a historical little beach hub situated right down south. This is where American Commodore Matthew C. Perry first reached Japan in 1853, beginning diplomatic relations between the two nations, making it a rather fascinating historical site.

Two of the area’s best places to spend a lazy summer day are the local beaches of Shirihama and Nabetahama. For a large open coast, white sands and clear water, head straight to Shirihama. Once you’ve spent the morning on the sand, pack you gear and tear around the corner to explore the fascinating Nabetahama Beach, a shady hidden secret cove loved by the locals. 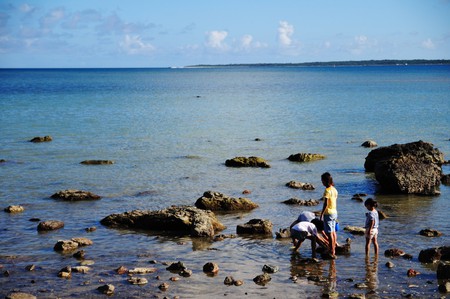 When people plan to vacation in Japan, some of the first images that come to mind are the historic streets of Kyoto, the neon lights of Tokyo and the soft cherry blossoms that carpet the country in the spring. However, some beach-hungry adventurers are beginning to discover that Japan is actually home to some tropical hideaways stunning enough to compete with Fiji and Hawaii.

Head to Okinawa Japan’s southernmost prefecture to find arguably one of the nation’s best kept secrets. A long-time holiday destination for locals, this collection of islands is quickly becoming an itinerary addition for the savvy traveller. This year, Okinawa’s Ishigaki Island was named the ‘number one travel destination for 2018’ on TripAdvisor, a title that takes into consideration positive reviews of accommodations, restaurants, attractions and online interest. Incredible untouched beaches, a unique culture and some of the most incredible food you’ll find anywhere, it’s definitely worth looking into for your next beach paradise adventure – but be quick, word is spreading fast.

🌊🚣🏼‍♀️🏔 getting in touch with nature #Hakuba

A name typically more synonymous with the colder months, the village of Hakuba in Nagano has long been considered by international guests as one of the country’s best snow destinations. However, what many don’t know is that the area is arguably just as beautiful in summer (and much easier to visit). With its picturesque snow-capped mountain ranges and cooler climate, it’s the best place to head if you’re looking for a fresh escape from the concrete heat of the city.

Even if there isn’t any snow, many of the area’s ski lifts, like the ones in ski resort Happo-One, are still in action, allowing guests the chance to scale the incredible peaks and valleys of the area and providing some of the most scenic hiking opportunities you’ll find in the entire country. After hiking, be sure to pay a visit to Lake Aoki for a little kayaking, swimming and picnicking. With its almost impossibly clear mountain water and lush surroundings, it’s the country’s most underrated summer destination. 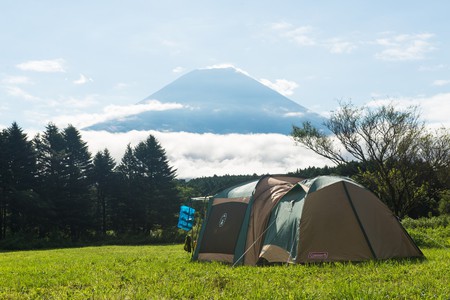 If you’ve ever thought of climbing the iconic Mt. Fuji, the time to do it is in the middle of summer. The months between early July to mid-September are the only times the mountain is actually open for people to scale its imposing 3,776-meter (12,388 ft) peak, so if you’ve always wanted to give it a go, plan accordingly.

The climb can be done in a single day; however, most people like to begin the journey at night in order to make it to the top for the sunrise. On the mountain, there are cabins available for overnight accommodation in case it does get too cold.

This time of year, it is pretty much free of snow, making it relatively safe and not too challenging even for the most casual of climber (unless you are someone who is prone to altitude sickness). Potentially the biggest obstacle you’ll have to overcome is dealing with the swarms of local and international tourists who make their way here during the short open season. If you can, try and avoid Obon, a national vacation week that runs in mid-August, as it’s one of the most densely populated times of the season. 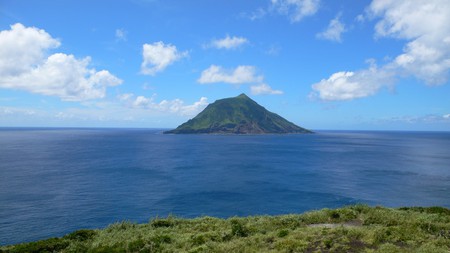 We all think of Tokyo as a mega city, but did you know that it is actually technically the name of some rather diverse, tropical and remote islands, too? Also known as the Izu archipelago, there are nine islands in total that are easily accessible for tourists; however, they will require a little bit of extra planning to reach.

Situated south of Shimoda, almost 300 km from Tokyo, Hachijojima is one of the most remote, but also the most stunning. Surrounded by a white sand coast, crystal clear dolphin-populated waters and home to untamed forests, it’s worlds away from inner city Tokyo and an unforgettable tropical vacation spot. If you’re feeling adventurous, from here you can also make your way to the remote volcanic island of Aogashima, said to be one of the best stargazing spots in the world. 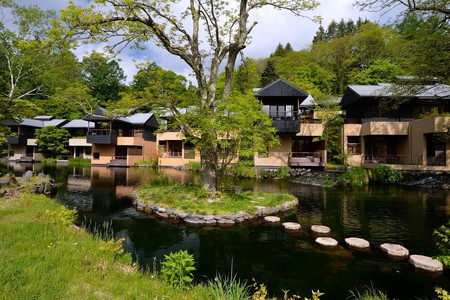 Stunning in winter, and picture perfect in autumn, Karuizawa is a popular holiday destination for Japanese vacationers all year round; however, it’s quickly garnering a reputation for being the ultimate summer hideaway. Situated in highlands of beautiful Nagano Prefecture, like Hakuba it’s cooler climate-wise, reaching just around 25°C (77°F) in summer, a vast difference to Kyoto’s recent 40°C (104°F) summers.

Ideal for hiking, the area is home to a number of scenic walking trails along the base of Mount Asama. Be sure to pay a visit to Karuizawa Shiraito Falls, a unique spring water waterfall that is a popular sightseeing destination. Also a well-known place for fine dining and shopping, this small city has long been considered a more upmarket resort town in winter, yet it’s adapting to accommodate its newfound reputation as a summer retreat for the most budget-conscious traveller.