The Best Places to Visit in Japan During Autumn 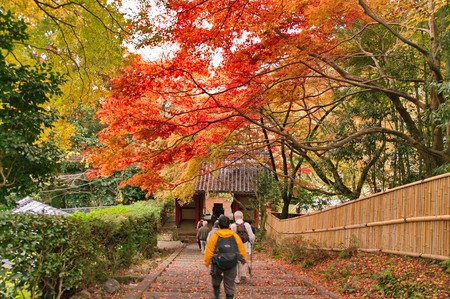 With the sweltering summer all but a vague memory, September in Japan means one thing – that the colorful and cool koyo (autumn) has arrived.

Spring in Japan is typically thought of as being the nation’s most vibrant season, but head to the countryside from mid-October to early December, you’ll find that the country’s autumn colors are just as stunning. Here’s where you can find them. 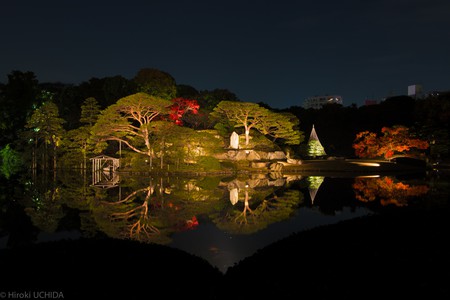 Situated in the heart of Tokyo, Rikugien Garden is a popular place all year round but autumn is when the park is at its peak. Built in the 1700s for the Tokugawa Shogun, this landscape garden is so big that it takes at least an hour to properly explore by foot.

Landscaped in what’s commonly considered an Edo-Period strolling garden style, the garden’s dense population of maple trees are what makes it such an impressive autumn location. Between November and December visitors make their way around the weaving park paths to admire the towering trees as they transform from green to fiery shades of red, orange and gold. Between mid-November and December, the park also hosts an evening annual illumination event where you can appreciate the autumn colors long after the sun has set. 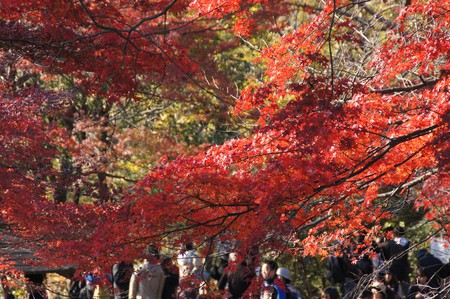 The maple-covered mountain is at its most stunning in autumn, making it home to another popular event for Tokyoites: the Mt Takao Autumn Leaves Festival. Typically running from early to late November, the festival features an ongoing roster of events including live taiko drumming shows, parades, workshops and plenty of food stalls.

From Shinjuku in central Tokyo, Mount Takao takes about 50 minutes to reach by train and costs under 400¥ (£2.71) return making it an easy city escape. Lined with scenic hiking trails and plenty of restaurants and tourist hubs, it tends to get really crowded during weekends and public holidays, so we recommend you visit ‘off-peak’ (weekdays) if you want to avoid the rush. 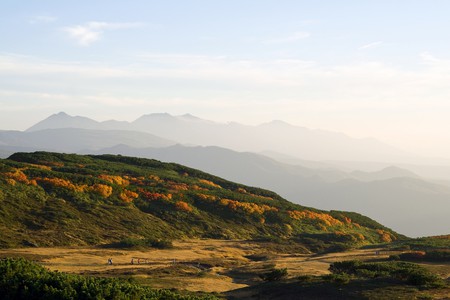 Head up to Hokkaido in the north of Japan, and you’ll find Daisetsuzan, Hokkaido’s largest and one of the country’s most beautiful national parks. In fact, this national park is so big its land mass is bigger than some of Japan’s other prefectures.

If you’re a little early for typical autumn viewing further down south, this is an excellent place to add to your itinerary as the area hits its peak in mid-to-late September. You could spend the entire season of autumn here and feel like you still haven’t seen it all. One must-visit to add to your itinerary is the hot spring resort Asahidake Onsen, which sits at the foot of Hokkaido’s highest mountain, the steaming Mount Asahidake.

Given that the park is so big, the most effective way to see as much as you can is by joining a ropeway tour. 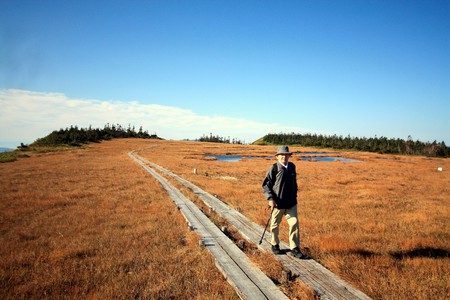 For an autumn exploration with a twist, head out to Oze National Park to witness the surreal scenery of Oze’s ‘autumn grass’. A possible day trip destination from Tokyo, the park is about 150km (93 miles) from the city center. But if you want to do it properly, it’s highly recommended you plan a slightly longer stay.

Beginning in late September and continuing through to early October is when the park’s marshland transforms into fields of yellow. Another stop-off point worth visiting is Ozegahara Marshland. Sitting about 1,400 meters above sea level, Ozegahara Marshland is a six-kilometer marshland which features hundreds of small, bodies of dark blue water scattered throughout the grounds. 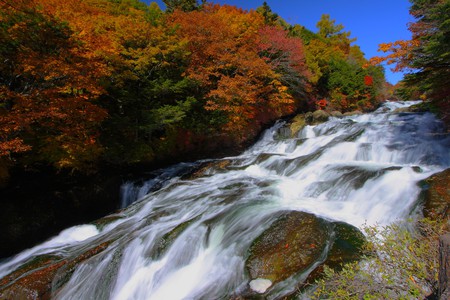 Arguably one of the country’s most well-known autumn destinations, Nikko may be one of the most-visited tourist destinations in Japan, but once you see it for yourself, you’ll understand why. From October and to late-November, Nikko’s autumn leaves draw countless tourists throughout the season, so if you want to make the most of your time here and not have to wait around in crowds, it’s best to plan accordingly.

Ryuzu Waterfall is one of Nikko’s most popular tourist stop offs, so to have the place to yourself, get there early in the morning. It’s also one of the earliest places to change color on the autumn calendar, so if you’re around in October, that’s an excellent time to visit.

If you have access to a car, Irohazaka Winding Road is one of the most scenic autumn drives in Japan. If you don’t have a car, head to Nikko’s town center to check out the Shoyoen Garden area which peaks in November. 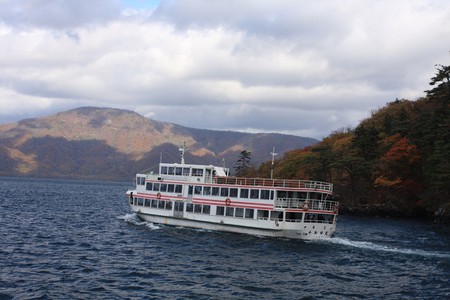 Lake Towada is home to one of the most famous autumn spots in the country. The best way to see everything this area has to offer is to hop on one of the regular sightseeing cruises that travel around the lake.

The Towada Kanko cruise ships are the best options for exploring the beauty of Lake Towada by boat. There are two main routes which depart from Yasumiya dock. For autumn leaf-viewing specifically, be sure to take the option that travels along the shore of the West Lake, the Middle Lake, and over to the mouth of the Oirase Gorge. For more information on booking cruises, visit the Toutetsu Cruise website. 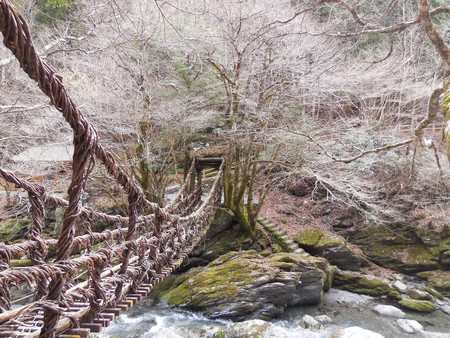 Located on the island of Shikoku, Tokushima’s Iya Valley may not be the easiest autumn hotspot to reach, but it’s well-worth the journey. Tucked between towering mountain peaks and untamed rugged rocky gorges, it still feels like a local secret which is what makes it so unique.

As October begins to roll into early November, the area is at its most vivid. Valley crevasses are stained with smatterings of red, orange and gold. This is definitely one for the more adventurous traveler, and one with excellent timing. The autumn season here brings with it typhoons, which are soon followed by early snowfall in around December, so plan accordingly.