The Best of Japan, Outside Tokyo and Kyoto 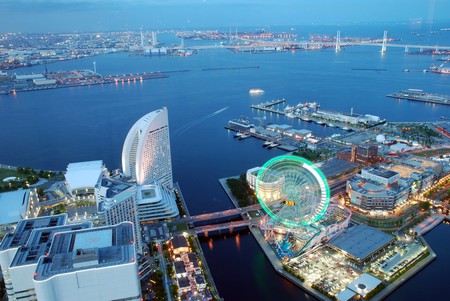 Japan is a country overflowing with hidden gems and untouched towns just begging to be discovered. Known as the ‘golden route’ many visitors plan to explore Japan by starting at Tokyo and travelling through to Kyoto and Osaka. Though of course all these cities have a lot to offer, this particular journey leaves many stones unturned. So if you have itchy feet that are begging to take the road less traveled, then here are just a few places to consider adding to your itinerary.

Fascinating history, stunning beaches, easy access and incredible classic traditions, Shimoda is a unique little city located on the Izu Penninsula, not too far from Tokyo. This laidback coastal city, filled with hot springs, actually has a very interesting connection to the United States. Back in 1854, Commodore Perry landed his ‘Black Ships’ on the Shimoda port, setting up base here while he negotiated relations with the nation. This moment in history has continued to shape the area as a more worldly hidden pocket of Japan.

Shimoda is also home to a collection of beaches you’d expect to see somewhere more tropical like Okinawa. Crystal blue waters and white sand, it’s popular with locals and a hot tip for visitors wanting to enjoy Japan’s summer without having to compete with the crowds. You can get to Shimoda by Shinkansen (bullet) or local train, the journey is about two and a half to three hours.

From one little scenic pocket to another, Matsushima, located a little further up in the Miyagi Prefecture, is one of the country’s most scenic sites and is still a relatively well kept secret for people outside of Japan. If you’re a professional or budding photographer, Matsushima bay and the 260 different little islands that call this area home, provide endless fodder for incredible photographs. Beyond natural beauty, the city is home to a number of temples and fantastic local businesses. In March 2011 the area was hit by the devastating earthquake and tsunami, however in the six years that have followed the resilient town has managed to rebuild and is now better than ever.

If there was an award for the most underrated, but impressive city in Japan, it would go to Sendai. Also located in Miyagi Prefecture, this humble metropolis is at the center of the Tohoku region. Plus, Sendai’s proximity to snow, sea and spiritual sites make it a great place for all the best things Japan has to offer. Whether it’s a day trip to the beaches of Matsushima, or up to the mountains of Zao to play with friendly foxes, the best way to explore the Miyagi Prefecture is to set up base in Sendai and go from there.

Sometimes described as ‘a more sophisticated Kyoto’ Kanazawa has the history of the more famous city, but less crowds. With its well-preserved Edo-style districts, crafts and museums it’s the perfect escape for a traditional taste of Japan. The capital of Ishikawa Prefecture, Kanazawa is a popular destination for local holiday makers but for some reason still manages to avoid the international holiday radar, so if you’ve seen everything many other cities have to offer and want to try something new (but traditional at the same time) then plan a visit to Kanazawa.

If it’s cherry blossoms you’re chasing you cannot bypass Yoshino in the Kii mountains, just east of Osaka. The town of Yoshino is essentially just a gateway to Mt. Yoshino (known to the locals as Yoshiyama) which is arguably the home to the most incredible display of cherry blossoms in the entire world. Legend had it that the first trees were actually planted here over 1,300 years ago. Since then the mountain has been overtaken by the stunning trees which transform the mountain ranges from a rich green to soft pillowy hills of pink during spring. Today 30,000 trees of various varities call the area home, so if you’re in Japan during spring it’s worth considering a detour to the town of Yoshino.

Tokyo’s bayside sister, and technically the second biggest city in Japan, Yokohama is a city worth checking out while you’re traveling through the country. Located just 30-45 minutes from Tokyo, this city has a lot to offer. Sometimes the city gets counted as just part of Tokyo, but with a rich history and its own sense of culture and diversity, Yokohama should get the credit it deserves.

Historically Yokohama was used as port city, which connected Japan’s trade and culture to the rest of the world. This history brings with an eclectic mix of cultures and nationalities making it one of Japan’s most diverse cities. Home to the largest Chinatown in Asia and some pretty uniquely European architecture as well as a Cup Noodle museum, this often forgotten city is worth your time.