The Best Luxury Hotels in Tokyo 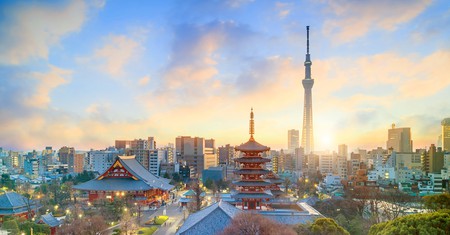 With some of the planet’s most impressive skyscrapers and priciest shopping malls, Tokyo is no stranger to luxury. These are the most opulent hotels in the Japanese capital, complete with Rolls Royce fleets and astonishing views over the Imperial Palace.

Impossibly high towers overlooking a sea of glittering lights. Gourmet sushi restaurants serving up delicate sheets of tuna sashimi. Muscle-melting public baths; serene tea lounges; elaborate breakfast buffets. Tokyo does indulgence as few others can and so it’s no surprise that the city’s luxury hotels are some of the most glamorous, pampering and stylish on earth. Whether you’re after somewhere buzzy to see-and-be-seen or a celeb-worthy discreet hideaway, here are the best luxury hotels in Tokyo. 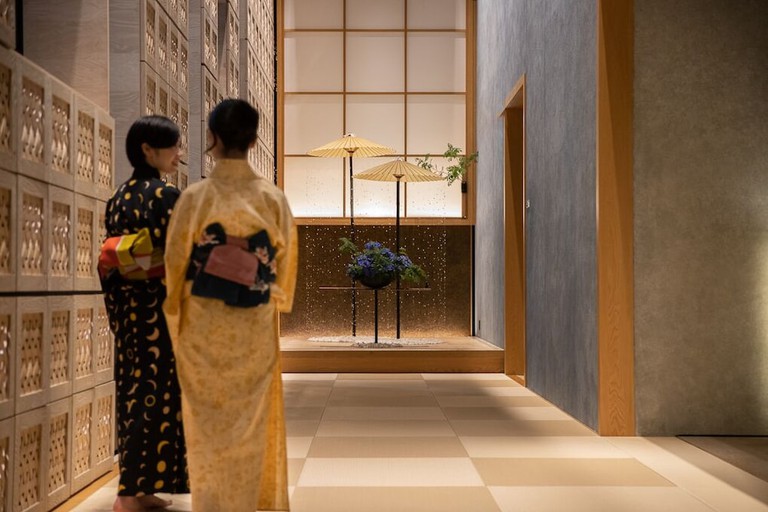 Modelled after a traditional Japanese ryokan (inn), Hoshinoya has an intimate feel unlike any other luxury hotel in Tokyo. Tatami mat floors line the hallways and bedrooms (you remove your shoes on arrival); the rooftop onsen-style bath feels almost meditative; the basement restaurant with private dining rooms turns out exceptional Japanese-French cuisine. Optional activities, from sake tastings to tea ceremonies, sumo training viewing to gagaku musical performances, give insight into Japanese culture. 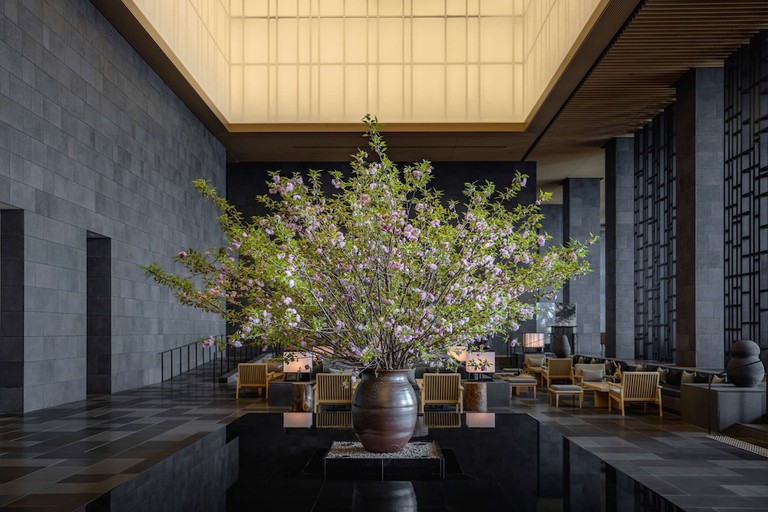 You won’t want to leave the spa at Aman Tokyo. Besides the exceptional treatments, including world-best massages and Shinto purification rituals, the mirror-like pool overlooking the city is a perfectly tranquil place to watch the sky turn sunset-pink. Rooms are dressed in contemporary Japanese stylings, with light woods, crisp white sheets and sliding shoji paper doors. Sample a parade of traditionally prepared Tokyo Bay sushi – omakase-style – at eight-seater Musashi by Aman. 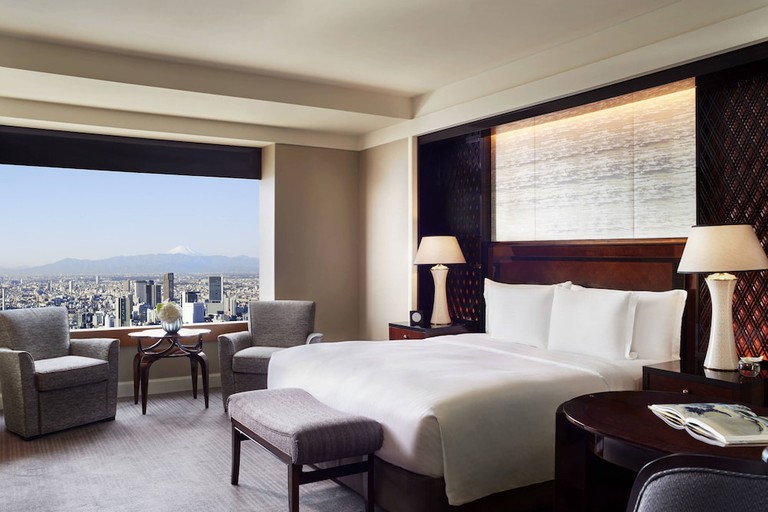 Set in the heart of Roppongi, electric with nightlife, shopping and some of the city’s finest wagyu restaurants, the Ritz-Carlton has jaw-dropping views across Tokyo – the 45th-floor lobby lounge alone will have you reaching for your camera. Neighbouring Tokyo Tower, one of the capital’s landmarks with its orange Eiffel Tower-esque façade, is right outside your window when you dine at Michelin-starred Azure 45; even the pool brings vistas over the cityscape. 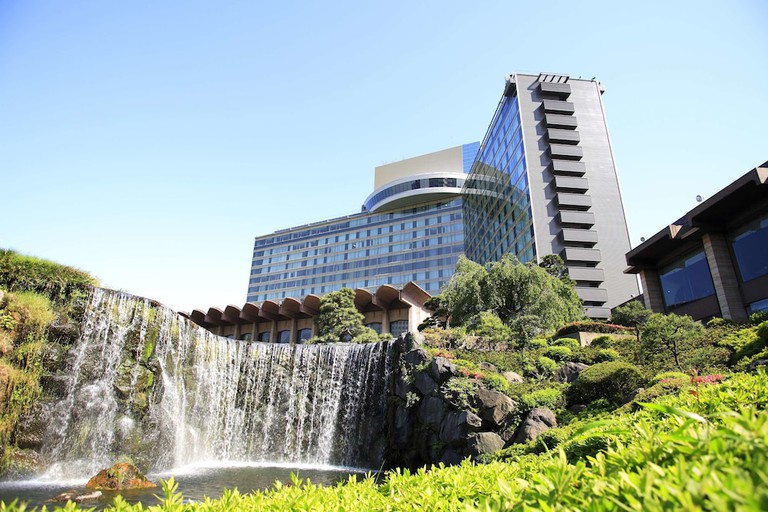 This massive hotel feels like its own city in the middle of Tokyo. Built near the Imperial Palace to accommodate guests visiting the 1964 Olympic Games, the Hotel New Otani Tokyo contains nearly 1500 rooms, more than 30 dining options and a mall’s worth of retailers. On top of this, you’ll find a post office, dentist, doctor and hairdresser, a spa and a summer pool, as well as immaculately curated gardens dating back 400 years, complete with a waterfall and ponds flush with koi fish. 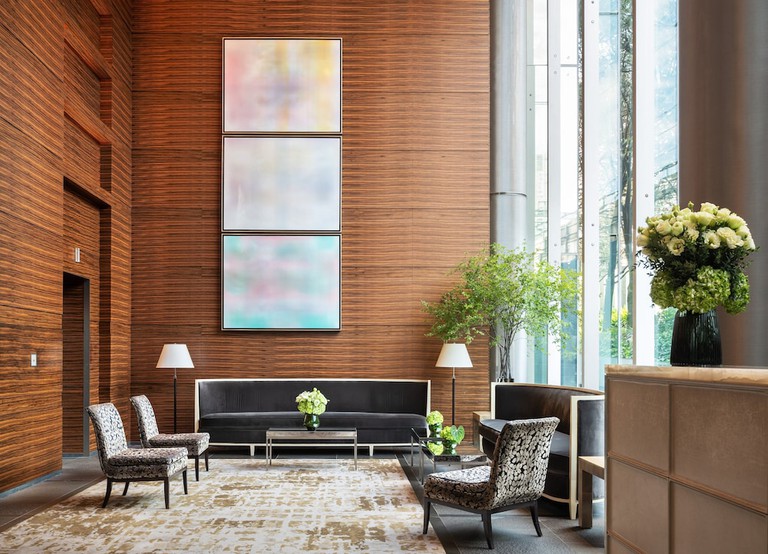 Courtesy of Four Seasons Hotel Tokyo at Marunouchi / Expedia
View Rooms
The boutique size and homely decor make the Four Seasons Hotel Marunouchi cosier than many of Tokyo’s glitzier luxury hotels. There are only 57 rooms and one restaurant on this five-star property. Taking up the third to seventh levels of a relatively small high-rise in the upmarket Marunouchi area, this comfortable hotel invites you to marvel at the hive of activity below. In fact, the Four Seasons sits right next to the bustling Tokyo Station — book the complimentary platform pick-up so you don’t get lost in the maze of platforms and tunnels.
More info 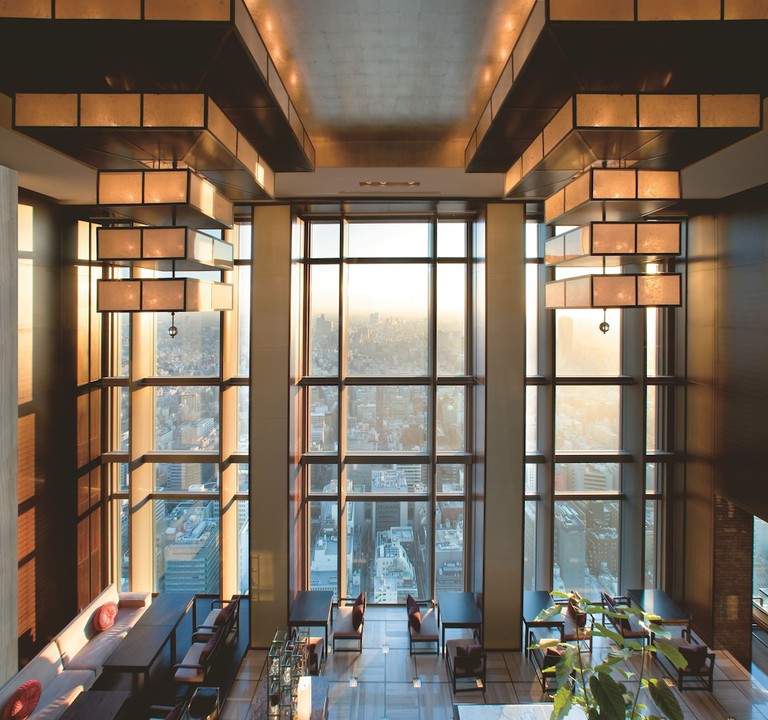 Set northeast of central Tokyo station, near the swish Ginza shopping district and rambling grounds of the Imperial Palace, the Mandarin Oriental Tokyo has a glossy, international appeal to it, suitable for business travellers as much as those seeking leisure. The amenities are crowd-pleasing too, especially if you have children in tow, with a pizza bar on the 38th floor and spa treatment rooms overlooking the city for parental downtime. 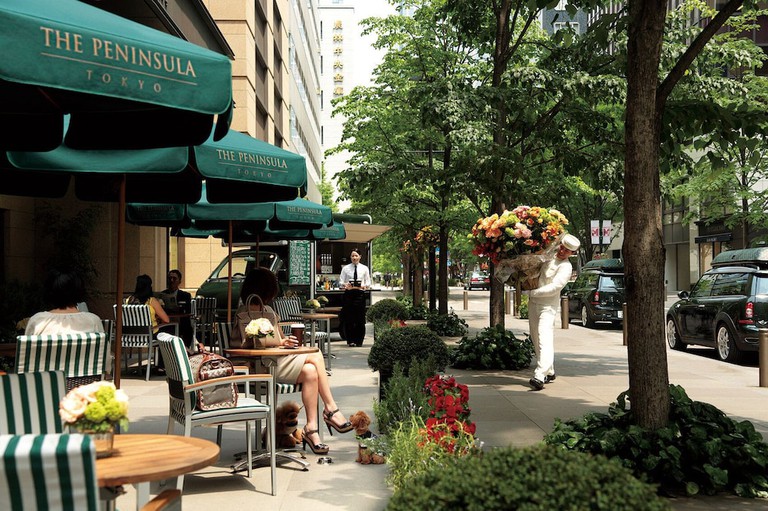 With architecture inspired by a rose-coloured lantern, abstract calligraphic artworks on the walls and views over the Imperial Palace across the road, this luxury hotel has Japanese tradition woven into its design. The Peninsula’s central Yurakucho location close to the high-end stores of Ginza. Inside, you’ll find 314 decadent rooms and suites, a rooftop restaurant, two ballrooms and a wedding chapel. The signature fleet of green Rolls-Royces brings an added touch of glamour. 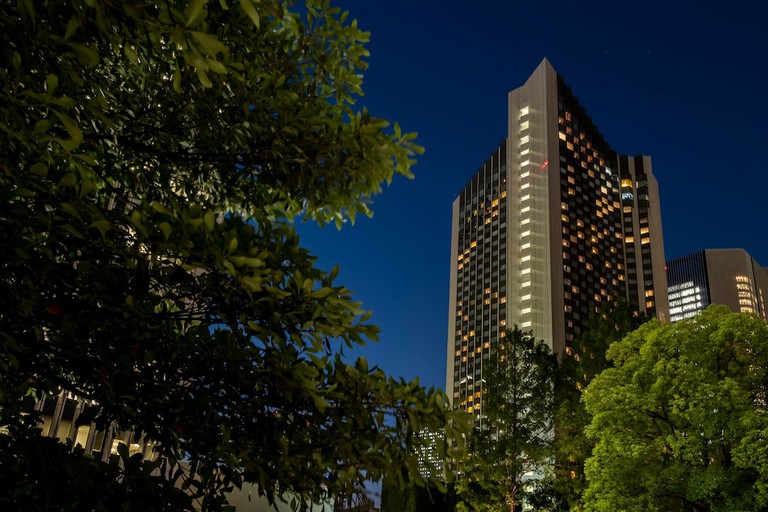 Courtesy of InterContinental ANA Tokyo / Expedia
View Rooms
If you’re feeling tired after a day of exploring (and even if you aren’t), InterContinental ANA has an array of dining options worth staying in for: a gourmet Pierre Gagnaire French restaurant; a teppanyaki steak spot and a swish sushi bar are just a few of the offerings. There’s a hefty choice when it comes to rooms, too – with 844 of them, you can choose between creamy-hued Executive Deluxes looking out to Tokyo Tower and the Imperial Palace, or elaborate suites in hues of grey and gold.
More info 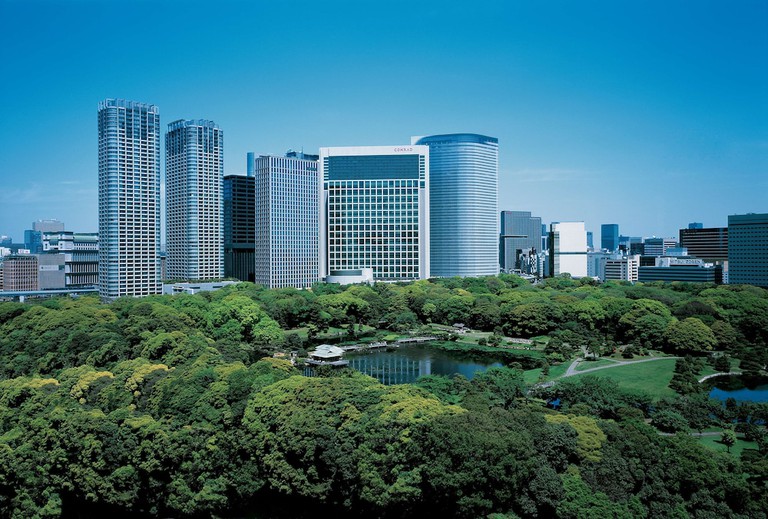 Next door to Hamarikyu Gardens, one of Tokyo’s most atmospheric landscaped green spaces, the Conrad keeps things classically luxurious with wood and white rooms and gentle botanical print on carpets. The buzzy bar space, overlooking the city below and steely Tokyo Bay, is a meeting place for locals and visitors alike, while the China Blue restaurant is a moodily lit space perfect for a romantic dinner, chased down with a bottle from the walk-in cellar. 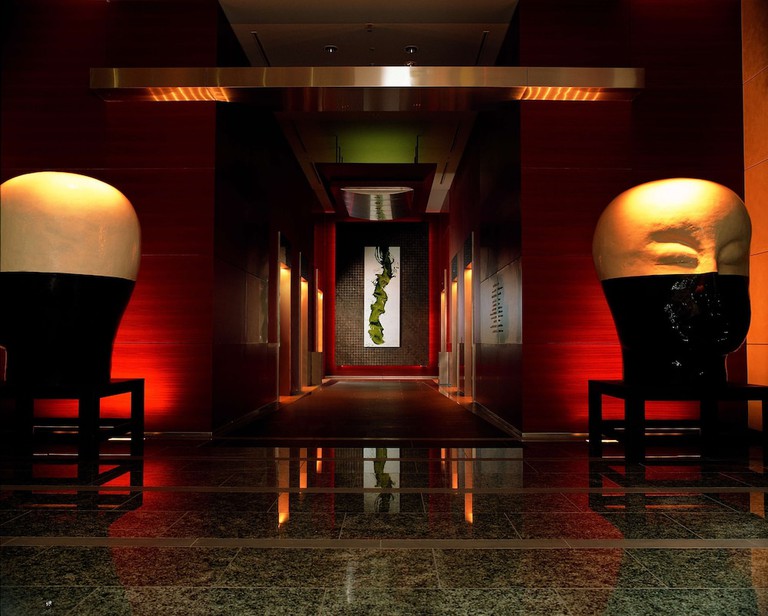 Courtesy of Grand Hyatt Tokyo / Expedia
View Rooms
Calling all shopaholics: the Grand Hyatt is next door to Roppongi Hills, one of Tokyo’s best spots for luxury togs and homewares. After an afternoon hitting the boutiques, retire to a soothing, neutral-hued room with large windows that let you look out to the sunset. When nightcap hour approaches, pull up a seat in the dramatic Maduro bar and listen to live jazz while draining a rare whisky and nibbling on wagyu and caviar.
More info

This is an updated version of an article originally by Tom Smith.