The Best Cyberpunk Anime Masterpieces You Should Watch 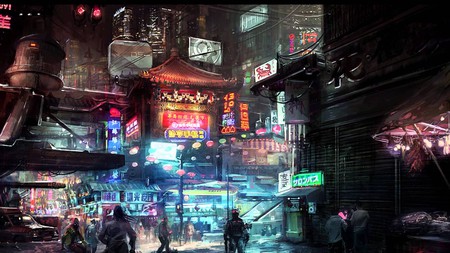 Japanese anime are known for having the kind of elegance and freakishness that western animation could never achieve. As the novelist William Gibson mentioned in Time International, ‘Modern Japan simply was cyberpunk. And the Japanese themselves knew it and delighted in it.’ For the ones not familiar with the term, ‘cyberpunk’ is a science-fiction genre featured in anime and manga, as well as literature, movies and video games. Set in a dystopian future where high-class technology and artificial intelligence replace the organic, it emphasizes the loss of the human factor in a cybernetic space. Whoever might think Japanese anime is all about the kawaii cult, here are the top five shows that will make you change your mind.

If you are looking for an eye candy series that is not only visually stunning but also has an enriching dark plot and entertaining soundtrack, then Ergo Proxy is definitely for you. Phillip Brophy’s introduction to 100 Anime in 2005 about the way the audience ‘will encounter a different gravity, an unlikely atmosphere, an unexpected moisture’ perfectly fits the series. Produced by studio Manglobe and having Radiohead’s ‘Paranoid Android’ as a theme song, it takes place in a post-apocalyptic future where humans are trapped into an utopian dome that advocates harmony but abnegates any spiritual manifestation. The rise of Autoreivs (robots) infected by ‘Cogito-Virus’ searching for their raison d’être makes the line between cyborg and human become blurry. Re-l and Vincent Law, the main protagonists, scale the dome’s walls and go after what could be the salvation of mankind. Heavy in philosophical content and highly focused on concept and character development rather than plot, this is a masterpiece series that each anime fan should watch. 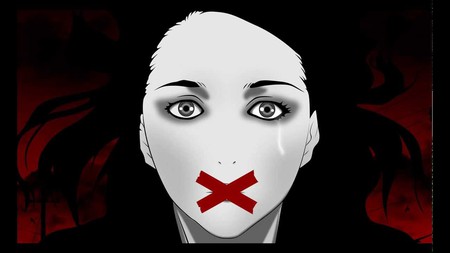 Directed by the famous filmmaker Mamoru Oshii, the adaptation of Masamune Shirow’s manga is another classical fine piece of animation that could easily be defined as cyberpunk in its purest form. As Peter Bradshaw stated in The Guardian, ‘it is a dizzying, headspinning film, replete with violence, alienation and tech porn.’ After the success of the original movie, the Ghost in the Shell universe expanded to a TV series and a prequel OVA. The anime introduces its viewers to a futuristic world built on progress. It tells the story of Mokoto Kusanagi, a female police-cyborg. In her hunt for The Puppet Master, an artificial intelligence entity who has access to the souls of citizens, she finds herself in a continuous struggle to define her own identity. Filled with philosophical concepts like the existential nihilism, Oshii aims for a grown up audience. Mother of the subgenre and following the lines of Ridley Scott’s epic Blade Runner, Ghost in the Shell is an inexhaustible source of inspiration for Hollywood directors – Andy Wachowski’s Matrix is one example.

Defined by critics as being the best anime series ever made, Cowboy Bebop is a classical show that needs no introduction and delivers on all levels. It doesn’t perfectly fit the cyberpunk subgenre – one could never classify Bandai Visual’s best known series as only being a science-fiction artwork. Spiced up with fine humor, spy action, tragedy and comedy, Cowboy Bebop is a hybrid. Consider it an eccentric anime version of Quentin Tarantino’s work, and you’ll get a grasp of it. It follows the space adventures of three bounty hunter anti-heroes: Spike Spiegel, Jet Black and Faye Valentine. Despite the simplicity of the plot, the blend of character building, funky soundtrack and visual art make it unique. If storyline and visuals don’t seem attractive, Yoko Kanno’s stunning mix of jazz, blues and heavy metal will definitely convince the audience.

Another example of Japanese genius is highly toned up in this anime series. Set in a futuristic Japan where an intelligent device called psycho-pass is able to identify the crime coefficient in each of us, it follows the story of a freshman police officer and her team of Enforcers chasing criminals. If Ghost in the Shell and Ergo Proxy emphasize the human-machine interaction and accept the presence of a potential soul in the cyborg, Psycho Pass is all about the way technology decides human fate. Bringing deus ex machina to a whole new level, The Sybil System, a postmodern version of the ancient Greek prophet, aims for an idyllic linear society in which extremes must be punished. Not only does it raise existential questions but also features a superb criminal-detective mind game. For the fans of Sherlock Holmes, this could be an animated version.

Last but not least, for the ones who appreciate David Lynch’s bizarre and disturbing productions, the winner of the Excellence Prize in the 1998 Japan Media Arts Festival should be on the list. The lack of structure and dialogue engage the viewers to a surreal visual experience. Heavy in symbolism and always leaving room for interpretation, it might be a little difficult to digest at first. The story is a mind-warping trip that follows a teenager’s struggle once she is trapped into The Weird, an alternative cybernetic reality. Despite being a challenge on all levels even for a movie junkie, the way it captures the essence of Japanese postmodern society is exquisite. Consumerism, mass suicide, human-animalization, alienation and the hopeless depth of loneliness are only a few of the topics Chiaki J. Konaka covers in her work.