The Best Cafés in Kamakura, Japan 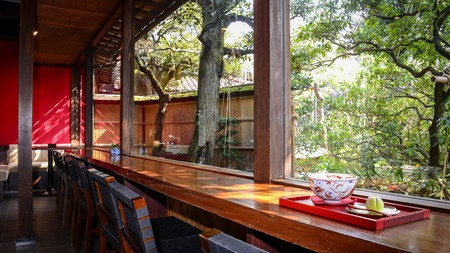 Between the beaches and the Great Buddha, these are the top 10 cafés in Kamakura, Japan | © Horizon Images/Motion / Alamy Stock Photo

Tokyo boasts one of the world’s most exciting speciality coffee scenes, and when its residents flock to Kamakura for their summer holidays, they don’t leave their caffeine addiction behind in the capital.

With the beaches of Yuigahama and Zaimokuza only an hour from the concrete jungle, the residents of Tokyo escape to Kamakura while the city sizzles. And the local café scene lives up to what they’re used to in the Japanese capital. Third-wave coffee houses dot the streets around Kamakura Station. Micro-roasteries are hidden in the hills among the Buddhist temples. Legendary breakfast spots straddle the coast. Between the beaches and the Great Buddha, these are the top 10 cafés in Kamakura, Japan. 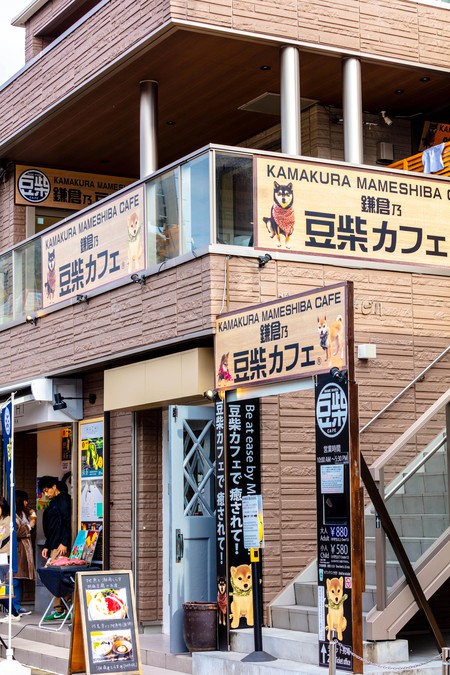 There are branches of Mameshiba dog cafés across Japan, including in Kamakura | © Kevin Ma / Alamy Stock Photo

Cafe, Coffee, Brazilian, $$$
Facebook
Email
Twitter
Pinterest
Copy link
Share
Map View
Tokyo native Takashi Horiuchi is typical of Kamakura’s coffee scene. Inspired by Brazilian coffee (and music), the coffee master traded the capital for the coast in 1994 to set up this third-wave café, which oozes laid-back beach vibes, right down to the two blue benches out the front for patrons to enjoy a cuppa in the sunshine. A block north of Kamakura Station, Café Vivement Dimanche comes into its own during summer when caffeine addicts can cool off with coffee-flavoured shaved ice, coffee jelly and coffee ice cream, or the signature parfait. When Horiuchi isn’t trotting the globe sourcing beans, he’s mixing his own CDs – visitors can even buy albums of the Brazilian beats he plays in the store.
Open In Google Maps
5 1, 2-chōme, Komachi Kamakura, Kanagawa, 248-0006, Japan
+81467239952
Visit Website
Give us feedback

Only one block back from Zaimokuza Beach, this coffee bar’s breezy atmosphere suits the seaside. Mill Coffee and Stand prides itself on making things in-house; house-made almond milk, house-baked cakes, house-blended teas and house-blended smoothies are all on the menu. The shabby-chic decor provides a relaxed space to feast on American-style sweets with some of the best espresso in Kamakura – the beans come from Chigasaki roaster I Don’t Know, whose roastery is only a 40-minute train trip west of Kamakura.

Toshimaya has been baking its famous dove-shaped biscuits since 1894, and a yellow box of hato sable butter cookies are the quintessential Kamakura souvenir. And out the back of its main store in Komachi lies a café plating up even more sweet treats. After trying the butter cookies, work through Hatokoji’s selection of anmitsu bowls, sticky-rice dumplings with Japanese teas (matcha, sencha and hōjicha), warm jelly warabimochi and hydrangea-shaped jellies during the mid-year rainy season. It’s a must-visit for those with a sweet tooth.

The pale-yellow exterior of Kamakura’s oldest coffee shop doesn’t look like much, but Iwata Coffee enjoys a formidable reputation. Rumour has it that John Lennon and Yoko Ono regularly came here for Iwata’s famous pancakes: a pair of seven-centimetre-thick (three-inch-thick) disks stacked high on top of each other, which takes 30 minutes to prepare in all their fluffy goodness. Found steps away from Kamakura Station’s east exit just off Komachi Dori since 1945, the coffee shop has brown leather booths that look like they haven’t changed since day one – but if the nel drip coffee and supersize pancakes were good enough for a Beatle, they’re good enough for anyone.

Sample a slice of Sydney at Bills Shichirigahama

Challenging Iwata for the crown of Kamakura’s best pancakes is this modern beachside diner overlooking the Shichirigahama sand. Bill Granger made his name with fluffy-as-a-cloud ricotta pancakes after opening his first café in Sydney, Australia, in 1993. Granger’s Kamakura venue opened in 2008 – the first branch in an international empire that now spans the UK, the US and Korea – and his hotcakes have proved to be just as popular in Japan. Eat them in the café’s sun-drenched space where floor-to-ceiling windows and a spacious balcony frame unspoiled water views.

Cram in coffee and cake at The Good Goodies

The light box outside promises coffee and cakes, and that’s what this no-frills speciality coffee bar delivers. Only steps from Kamakura Station’s south exit, The Good Goodies pours paper drip coffee into old jam jars, served with a selection of baked treats. The coffee menu is simple – just an original blend or single origin, available with milk or ice – and so is the minimalist space, with polished concrete walls only furnished by the cabinet full of books and brewing equipment for budding baristas. The Good Goodies also sells roasts from every corner of the coffee-growing globe, with a discount for customers who bring their own container to cut down on waste.

Hikers treading the trail to Kamakura’s Great Buddha statue would regularly stumble through the backyard of this private property, and the friendly owner would often invite them in for a cup of tea. He did it so often that he eventually built seven brick terraces and threw the doors open to the public. Two decades later, Itsuki Garden is one of Kamakura’s most mesmerising venues, where red-and-white-striped umbrellas are sprinkled among the trees. Chirping birds provide the soundtrack for a fruit tea or plum cider with mango pudding or a slice of apple pie while blooming hydrangeas or changing autumn leaves supply the stunning backdrop. 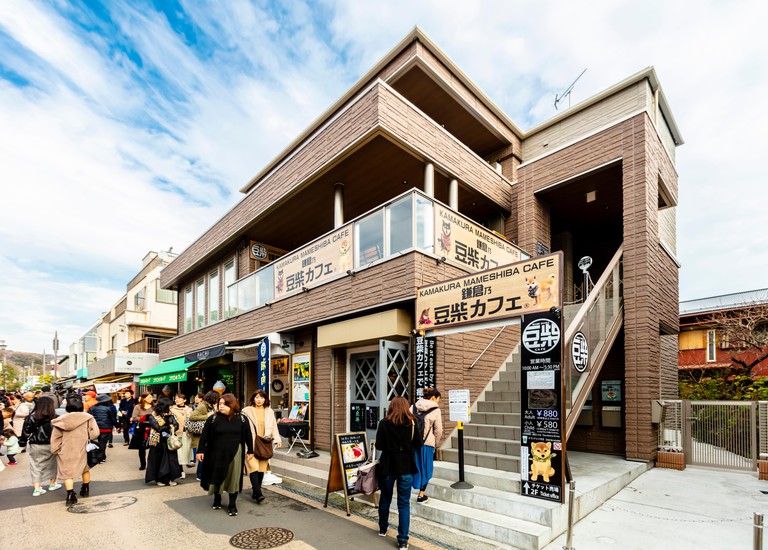 Japan’s animal cafés are renowned across the planet, and few are cuter than this den of shiba dogs in the heart of Kamakura. Part of a chain that also operates owl gardens and so-called cat forests, this Komachi location is dedicated to the Japanese shiba inu breed. Mameshiba Cafe attracts long queues of visitors desperate to play with these adorable pups, each with a distinctive coloured bandana around its neck. The interior is plain, and the coffee is nothing special. However, that’s hardly the focus – the more important menu is a catalogue of shibas, introducing each doggo’s name and birthdate.

Check out Pompon Cakes, a bakery that began on a bike

Pompon Cakes began life with amateur baker Leo Tatemichi wheeling his desserts to the Kamakura masses on his tricycle. These days, Tatemichi’s portable pastry shop is chained up outside his permanent store about a kilometre from Shōnan-Fukasawa Station north of the city centre. Tatemichi remains a fixture behind the counter of his bright, wooden café, serving his ever-evolving menu of pastries – strawberry shortcake, kiwi tarts and elaborate Christmas cakes are a few signature creations – alongside paper drip coffee showcasing beans from local roasters.

Climb to Ishikawa Coffee, a roastery in the hills

Ishikawa Coffee is a steep climb uphill from Kita-Kamakura Station, not far from the hydrangea-covered Meigetsuin Buddhist temple. But scale the stone staircase to this converted private home to be rewarded with some of Kamakura’s finest third-wave brews. A micro-roastery hidden in the leafy hills gazing over the city, Ishikawa Coffee carefully selects green beans from around the world before roasting them in-house in its five-kilogram roaster. Its relaxed space features a handful of wooden stools beneath jars of its roasts available for purchase, each detailing the beans’ tasting notes.