The Best Bars in Meguro, Tokyo 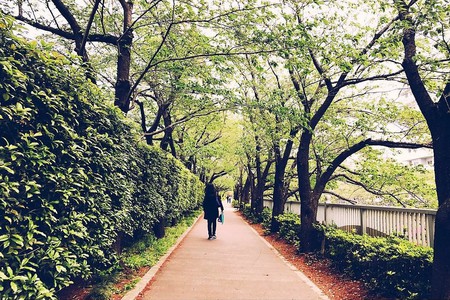 Searching for the best bars in Tokyo‘s Meguro Ward? Check out the best riverside bars in Naka-Meguro, the hippest bars in Yutenji, and everything in between.

Paper Pool is an artsy café and bar in the up-and-coming Yutenji neighborhood. The space also functions as a darkroom and gallery for photography.

Another 8 is a stylish, modern beer and sake bar in the south end of Meguro, newly opened in April of 2017. This is the place to go for craft selections on tap and a laid-back vibe. Seating is available both inside and out.

Marzac 7 is just minutes from Naka-Meguro Station, situated along the Meguro River. This cozy wine bar is unpretentious and casual, serving up Western-style fare like pastas and salads along with a great selection of wines.

Cabin is a classic upscale bar, beautifully decorated. Just south of Naka-Meguro Station, the location is very convenient. Their specialties are whisky and cocktails, of which they have an impressive variety. English menu available.

Baird Beer Taproom is a bar well known for its wide selection of Baird craft beers. Their goal is to celebrate beer, not to appeal to the masses, so it’s a great place to to go to try something a little unpredictable. Baird Beer was named one of the top ten craft breweries in Japan by the Nikkei in 2015.