The Beginner's Guide To Manga And Anime 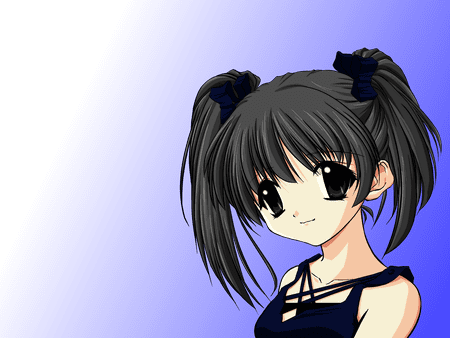 Manga can be loosely translated as whimsical pictures. In Japan, the word refers to all comics, while elsewhere the word refers exclusively to those of Japanese origin. Anime can be considered its onscreen counterpart. The terms anime and manga usually refer to serialized works, but that’s not strictly part of the definition. Both have characteristics that set them apart from other artistic mediums. Get introduced to the fascinating world of Japanese manga and anime.

Manga is traditionally read in a left-to-right direction, appearing ‘backwards’ to many Western audiences. This practice dates back to the Heian and Kamakura Periods of Japan, when scrolls were written this way. Modern manga in its current form is thought to have originated in the post-World War II era. The censorship imposed by Allied forces was lifted, and creativity flourished. Like much of Japan’s great literature, one of the earliest manga series was also written by a woman. Machiko Hasegawa’s Sazae-san was published in the Fukunichi Shinbun newspaper in 1946. Another early manga is Astro Boy (known as Mighty Atom in Japan), which remains a popular story to this day. Astro Boy was made into a CGI movie in 2009. It’s no secret that much of manga and anime strives to attain kawaii (cute) status. Contemporary artist Takashi Murakami believes this can be explained by going back to its inception. In the Post War Era, Japan struggled to cope with defeat. The Allied Occupation didn’t help. According to Murakami, artists and the public turned to harmless, kawaii images as an escape from their troubled reality. Whether or not this had a hand in manga’s current form is debatable. The rise of kawaii culture didn’t really take off until the 1970s, after Japan’s Economic Miracle and consumer-culture boom. Characteristics of Manga and Anime

A comparison of a Western comic to a manga will reveal big differences in style. For one, manga show detailed closeups of faces more frequently, and focus on the physical manifestations of emotion. The characters might even change shape in order to better express the current state of affairs. For example, they might grow a fang when shouting at someone, signalling their rage. But this doesn’t affect the realism of the comic.

This focus on emotion brings a lot of attentions to the eyes. Eyes in manga and anime have developed into caricatures of real life. The large eyes allow the artists to bring the emotions of their characters to life. In general, manga aimed at a female readership (shōjo) is usually more cute, with incredibly detailed eyes. While manga and anime aimed at boys (shōnen) is grittier and more realistic, but this isn’t always true. A manga-style adaption of the Bible | © Micah Danao/Flickr

Themes of Manga and Anime

In the West, popular comics like Superman and Batman feature a costumed hero who saves the world single-handedly. This type of comic was never as popular in Japan, though of course there are always exceptions. Many anime and manga feature realistic heroines or heroes, even if the rest of their life isn’t so ordinary. For example, in the anime and manga series Pokémon, the hero Ash still has to answer to his mum, pigs out on onigiri (rice balls) and gets tired of walking.

The themes and settings of manga and anime are endless. From the futuristic Japan of Psycho-Pass, in which law and order is decided by machines, to modern-day Natsume Yuujinchou (Natsume’s Book of Friends), in which a boy can see spirits and has to return their names, the stories are limited only to human imagination. Manga girl | jsks/Pixabay
Give us feedback