The Artistry Behind Japanese Adverts 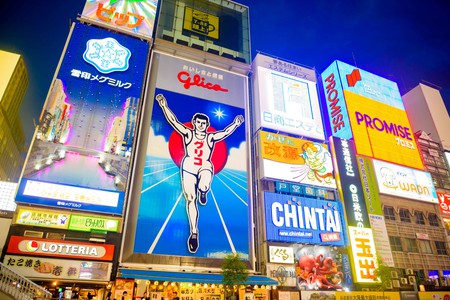 Japanese advertising can be so offbeat that it’s often a law unto itself, but why is it so different from western commercials? And is there any method to the madness?

Japanese commercials enjoy a fond notoriety outside their home country, so much so that they’ve been parodied on The Simpsons and even have a dedicated YouTube Channel.

The hallmarks of these ads – colourful, entertaining and sometimes nonsensical – mean that they can be seen as one more facet of “Weird Japan”. But these adverts are more than just bursts of colour and noise. The thinking behind them reflects traditional beliefs in Japanese culture, including having a deep respect for the consumer.

In western advertising, the emphasis is on the message: a single sentiment aimed at the customer, implying an understanding of their needs and aspirations. A “hard sell” is seen as the best approach. Companies present potential customers with desirable imagery and information as a means of enticing them to pay up for the product. Nike’s famous “Just Do It” campaign is a prime example of such thinking.

Japanese advertisers take the opposite approach by conveying a product’s essence. Advertising in Japan is geared more towards the “soft sell” through suggestion and nuance. The best way to do this is by making a commercial that is creative and entertaining rather than informative – the idea being that if the product is connected to positive thoughts, the desire to buy it is more likely to stick. The aim is to communicate as much as possible in the shortest time, so some adverts can clock in at about 16 seconds. Efficiency, a highly regarded virtue in Japan, is the name of the game.

Ads are designed to grab the consumer’s attention from the get-go, with eye-catching imagery and words taking second place. This need to communicate essence through appearance is a cornerstone of Japanese philosophy that goes back centuries, whether it’s Zen rock gardens, immaculately presented food or Hello Kitty. The ads convey the company’s reputation and image, selling the product by establishing the customer’s trust in it. It isn’t just about what the product is – it’s about what it stands for.

Japanese advertisers believe that over-explaining what a product is can be perceived as an insult to the customer’s intelligence, as it questions their ability to make a sound judgement or implies that they’re too stupid to know what they want. This unspoken understanding, in turn, gives advertising agencies and creators free rein to indulge their most artistic impulses. To add a touch of extra class, a western celebrity is often brought in to reaffirm the notion of a trustworthy product.

These schools of thought aren’t completely alien to western advertising. For decades, Guinness has been making acclaimed commercials that emphasise the brand’s essence, and Apple, in particular, has embarked on several nuanced campaigns that have now become famous. In the meantime, though, Japan has taken the lead in producing advertising that stimulates, entertains and sometimes baffles consumers.