The 8 Greatest Songs to Help You Learn Japanese 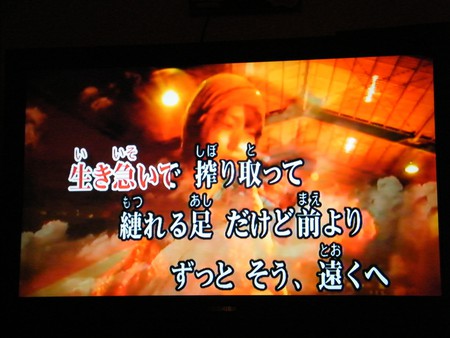 Studies have shown that when it comes to learning another language, music is nothing but beneficial, offering consistency and rhythm, which is key for memory. And, of course, it’s fun! Karaoke is essentially an art form in Japan, so learning Japanese through karaoke only really makes sense. Here are eight killer songs that will help you master the tricky world of the Japanese language.

This track was the first big international Japanese hit, and it’s still a much-loved pop gem. Released in the early 1960s, the song tells the story of a man who looks at the sky while he walks to stop his tears from falling. It’s heartbreaking and an interesting commentary on Japanese politics. For English-speaking audiences, the name of the song was changed from “Ue o Muite Arukou” to “Sukiyaki” because it’s easier to say. However, sukiyaki is actually just grilled meat and has nothing to do with the meaning of the track at all.

This was the last track released by famous enka (poular traditional Japanese music) singer Misora before she passed away. In English, the track translates to “Flow Like a River.” Solemn but comforting, the basic message is that the only permanent thing is that nothing is permanent at all. The track is still often covered by many performers paying tribute to the Japanese music legend.

This is a Japanese karaoke staple; if you go to karaoke with Japanese friends, there’s a high likelihood this one makes top spot on the playlist. Originally performed by Japanese rock band The Blue Hearts in 1987, its popularity hasn’t waned. It’s not the easiest to sing, but it’s not too difficult, and the catchy “Linda, Linda, Lindaaaaa” chorus makes for an easy break.

This much-loved, though still rather young, Japanese metal idol group have garnered fans not just across Japan but also around the world. Thanks to their super-cute, but still badass style, and their easy to follow lyrics, a Babymetal song could be your perfect Japanese practice tool. Try your hand at “Karate,” their 2016 single. It’s very basic but still incredibly fun to belt out.

OK, this one is a kid’s song, but it’s incredibly cute and actually full of useful new little words and terms you can use in everyday Japanese life. The song is about a whole bunch of friendly ghosts who decide to make pancakes in the middle of the night. The track has a few onomatopoeias that are fun to use, too!

One of the most famous and easy-to-love figures on the J-Pop scene, Kyari Pamyu Pamyu is the country’s quirky queen of pop. With her 2011 single “PonPonPon,” she cracked the Japanese music charts and made waves internationally. With its diverse pace and easy-to-follow chorus, it’ll only take a little practice before you also master the art of being a kawaii J-pop star.

If you’re looking for a J-pop track with simple lyrics, try the mega hit “Heavy Rotation” by even more mega J-Pop group AKB48. This sweet bubble-gum pop single features katakana English (Japanese derived from foreign languages), which makes it easier to sing along to. These days, it’s considered a modern karaoke classic.

X Japan is one of the country’s biggest rock/metal creations. “Forever Love” is the group’s 14th single, and since it was released, it has become legendary. Covered by numerous artists and brutalised at karaoke, it’s the perfect 90s heavy rock ballad everyone wants to try their hand at after a few too many sakes.