The 7 Things You Have to do in Yokohama’s Chinatown 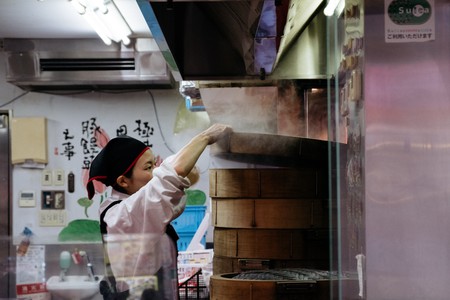 Sitting in central Yokohama, the second biggest neighbourhood in Tokyo, is Yokohama Chukagai, also known as Yokohama’s Chinatown. In 1859, Yokohama opened up as a port to welcome foreign trade, and with it came an influx of traders from neighbouring China. During the years that followed, many traders set up shop in Yokohama and brought with them cultural influence that continues to shape the area to this day.

Yokohama’s Chinatown is the biggest in Asia and arguably one of the biggest in the world. Filled with fascinating architecture, a rich culture, a fascinating history, spirituality and, of course, incredible food, it’s unlike any other Chinatown in the world. Only a little over 30 minutes from Shibuya by train and less than 10 minutes from central Yokohama, this Chinatown is worth a visit. Here’s a guide on some of the things you can’t miss.

As you approach the main entrance of Yokohama’s Chinatown, the first things that’ll strike you will be the towering main gates. Standing tall, welcoming all those who enter, these gates are actually a set of four lavishly crafted, gaudily coloured structures, filled with as much history as detail.

Between 1937 and 1945 Japan and China fell into a conflict known as the Second Sino-Japanese War. As tensions between the Japanese and ex-pat Chinese grew, development of Chinatown effectively halted during this time. Around a decade after the war ended in 1955, Chinatown’s growth continued and with it came the Eastern Gate, known as the ‘Goodwill Gate’, which signified peaceful relations between the Japanese and Chinese populations. Though there are a series of other gates, this one is typically considered the focal point. 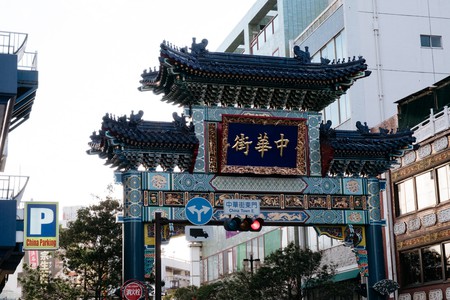 The biggest event on Chinatown’s calendar is not surprisingly Chinese New Year. Between mid-February until early March, the area hosts an epic, if not the biggest in the nation, Chinese New Year celebration. During the Chinese New Year parade, which typically takes place during the first weekend of the celebrations, you’ll find the streets filled with colourful Chinese style dragon floats, parade goers in traditional clothing, performers, acrobats, steaming street food snacks and a lot of firecrackers. 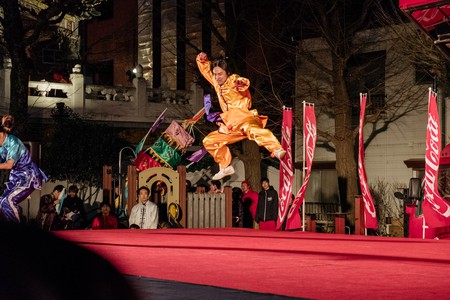 Make a wish at the Lantern Festival

On the final few days of the Chinese New Year celebrations, one of the neighbourhood’s main temples, the Masobyo Temple, hosts the stunning lantern festival. During the event, festival goers cover hundreds of lanterns in their wishes and hopes for the new year. One sight you cant miss is the principal lantern, a collection of illuminated lanterns that form the shape of an 80-meter (262-foot) long dragon, weaving its way through the main street. 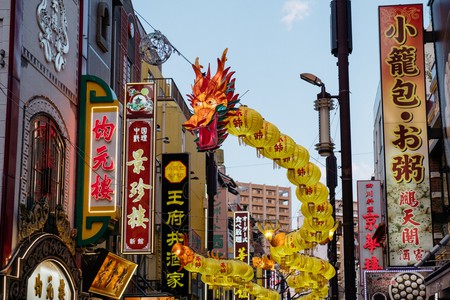 Chinatown is home to two main Chinese style temples, each with its very own unique history, design and purpose. Firstly there’s the Kanteibyo Temple, which is also commonly known as Guan Gong Temple and Emperor Guan’s Shrine. Founded in 1862, this temple is a dedication to Guan Yu, a Chinese General famous for his loyalty and righteousness, as well as business acumen. This is where locals go for good luck for their future business endeavours.

The second temple, the aforementioned Masobyo Temple, is much younger, but no less important than its older neighbour. Opening in 2006, the contemporary temple is a dedication to the fascinating Chinese shamaness and water goddess Mazu. If you’re interested in learning the way of Chinese worship, you can speak to the friendly local staff and learn the ins and outs of the religion. 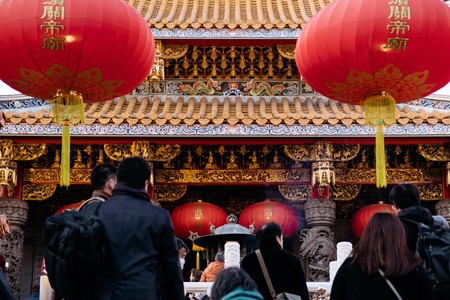 These days it’s estimated that Yokohama’s Chinatown has around 3,000-4,000 residents, many of which are not Chinese immigrants themselves, but decedents from many of the original Chinese locals that set up their lives here. Although it’s gotten a little more Japanese over time, the traditional culture still lives on, especially via the way of the many commercial outlets in the area.

If you’re after tea, Chinese fruits and vegetables, or maybe you want to try baijiu, a Chinese liquor, which is in fact the most consumed spirit in the world, then you’ll find it all here in the way of small independently run grocery stores. The roads of Chinatown are flanked by gift stores, many selling good luck trinkets and traditional Chinese dresses called ‘qipao’, as well as undeniably cute panda style sweets and other goods. 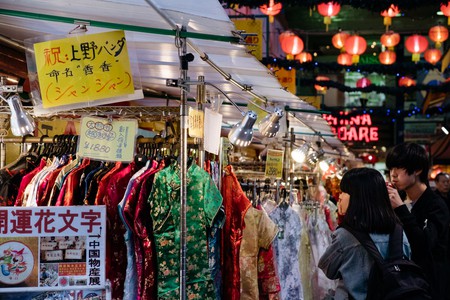 It probably goes without saying, but one of the very best things to do in Chinatown is eat. One of the neighbourhood’s must-try dishes is mabodofu, a hot, meaty, tofu-based dish that originated from the Sichuan province in China. Thanks to Japan’s undeniable mastery of tofu and China’s firm grasp on its heritage, there aren’t many places that are better for trying mabodofu than right here in Japan’s little China. Many of Chinatown’s restaurants offer incredibly cheap (especially during lunch), all-you-can-eat, yum cha style dining options, so you really can’t go wrong. The only real risk you’ll take is getting so full you can’t enjoy the many street food vendors that also offer some of the best dishes in the city. 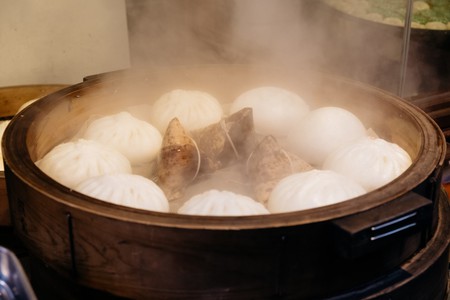 Though eating while you’re walking is generally considered a social faux-pas in Japan, it’s one that never made it to Chinatown. Eating on the go here is so commonplace, it feels as though around one third of the neighbourhood’s dining options are eat-and-go places. Every few meters, you’ll find a new street vendor selling steamy nikumans (beef buns), dumplings, dim sum or panda-shaped sweets. One snack you can’t avoid trying is goma dango, a uniquely Chinese-Japanese hybrid sweet, about the size of a ping pong ball. It’s a take on dango (mochi, aka rice cakes) filled with red bean paste, fried and covered in sesame seeds. You can grab them hot individually, or get a cooled-down six-pack to enjoy later. 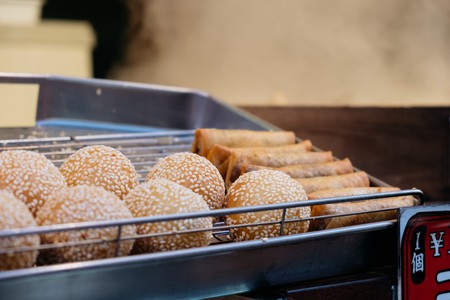