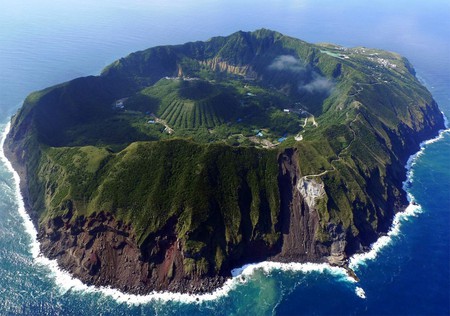 Japan is a fascinating country and one that causes both inspiration and frustration in the seasoned traveller. That’s because no matter how long you’ve lived in the country and no matter how vast your travels have been, you’ll always feel like you haven’t seen enough. Though many guidebooks outline the well trodden and stunning destinations dotted across the land, Japan is home to some hidden gems that require a little more research to uncover, here are just a few.

Tucked away in Nagano prefecture is one of the country’s best kept historical secrets, Narai-Juku. Located on the historical Edo Period Nakasendo highway between Kyoto and Edo (Tokyo), the town is a trip back into the history of Japan. Remaining rather untouched over decades, the town was once a well visited stop on the Kiso Way – a major trade route that connected the even then bustling cities of Kyoto and Tokyo.

Thanks to its untouched beauty and stunning natural surrounds visiting Narai-Juku almost feels surreal, like you’re stepping into a very detailed film set. It’s a strange feeling and one that’s definitely recommended for the more adventurous traveller. The best way to get there from Tokyo is by riding the Chuo Line-Limited Express from Shinjuku station and hopping off at Shiojiri Station, from there you can catch a local JR train to Narai Station, tickets cost around 7000 yen ($70 USD).

If you’re wanting to explore somewhere a little less tourist travelled but only have enough time for a day trip it’s worth considering Kawagoe in Saitama. Only a little over an hour from Tokyo, this fascinating town Edo period castle town oozes rustic charm and boasts enough historical artefacts that you’d think you’re in a different time.

Traditionally the area was known for its major temples, old clay warehouses and merchant homes, which are called Kurazukuri. For those with a sweet tooth, the ghost of the once booming Meiji-era sweets metropolis Candy Alley is still alive with the existence of a few remaining stores. One of the best times to check out Kawagoe is actually just before the cherry blossoms bloom as it’s time for the plum blossoms which prelude the cherry’s arrival. The anticipation and excitement that fills the city during this time of year is completely infectious. To get there from Shinjuku station catch the Saikyo Line all the way to Kawagoe. Tickets cost about 950 yen ($9.50 USD).

500 Rakan Statues of Kita-in Temple. Such a cool place. 喜多院五百羅漢。すごいところですよね！

Park
Facebook
Email
Twitter
Pinterest
Copy link
Share
Map View
So you’ve done Disneyland, Disney Sea, Universal Studios and Fuji Q and you want something else, something a little weird, an unforgettable ‘experience’, well consider Yoro Park in Gifu. Considered the primary attraction of the town of Yoro, this theme park is a place where visitors are warned to expect the unexpected. Yoro Park is as if Dali and Picasso combined forces and built the landscape blueprint for a realistic natural reserve. Designed to contain the 100 waterfalls in the area, visitors are guided through the park by locals. It’s a bit weird, but if you’re in the area it is a quirky way to enjoy Japan’s natural beauty and sometimes warped creative mind. To get there catch the Tokaido-Sanyo Shinkansen from Tokyo station and hop off at Nagoya station, from there you can catch a local JR rapid train. Tickets will cost about 12,400 yen ($124 USD).

This must be one of the craziest places I have ever been ❤ It's not easy to get there but it's totally worth the trip! The theme park was created by artists/architects Shusaku Arakawa and Madeline Gins.

Tossing up between a holiday in Venice and a holiday in Japan? Well you can kind of have the best of both here at Kurashiki. Situated in the southern corner of the stunning Okayama Prefecture, this fascinating city is home to Edo area architecture and incredible natural beauty. What’s so special about the town of Kurashiki however is the old canal that runs through the body of the city.

Watching the town’s sagging willows create a ceiling over the canal, as reflections of the old style streetlights sparkle off the canal is a magical sight and one that’s definitely worth making the trek for. Hop on the Tokaido-Sanyo Shinkansen from Tokyo station that will take you straight to Okayama Station, there you can ride a local train to your destination.

This is the Japan I came to see. #kurashiki #japan. I recommend checking our this historic area if you're near Osaka. Only 1.5 hour away by Shinkansen.

Many people don’t know this but you can actually travel 358km south of Tokyo, and still technically be in Tokyo. Aogashima Island located in the Philippine Sea, is a two hour flight from the city and technically speaking is probably the quietest corner of Tokyo considering that the nine km-periphery volcanic island only has 170 habitants. The volcano is still technically active which is probably one of the main reasons it hasn’t been a huge draw-card for tourists. However its stunning natural beauty is arguably worth the ferry to the Hachijojima Island and helicopter ride to get there (if you have the time and money).

Did you know there’s actually a mini desert located in Japan? Well hidden in the Tottori Prefecture sits the Tottori Sand Dunes. Located inside the Sanin Kaigan National Park, the dunes across an impressive 10 miles of coastline and reach around one-and-a-quarter miles wide. Of course what would a desert be if it didn’t have camels? Here in Tottori you can actually ride a camel along the dunes as you try and figure out if you’re actually in Japan or not.

Beyond camel rides the area also has a sand museum displaying impressive sand sculptures from artists all over the world and 164-foot-high peaks for those who are really after a proper view of the area. From Tokyo you can get there by catching the Tokaido-Sanyo Shinkansen from Shinagawa Station. Hop off at Okayama Station and get the Super Inaba Limited Express to Tottori. Tickets for this journey will cost you around 21,500 yen ($215 USD).

Reaching into the sea of Japan is Oga peninsula, a very interesting little pocket of Akita prefecture. With its jagged coastline jutting out into the mysterious deep waters of the Japan seas, it’s the perfect backdrop for the annual Namahage festival.

The Namahage is a mythical type monster that looks a little like the devil and comes to steal children during the New Years holiday season. Going from door to door on December 31st the Namahage asks parents whether their children have been good or whether they need to be taken into the neighbouring Kanpu Mountain, hopefully scaring the kids into good behavior for the coming year. Given that it’s one of the town’s most famous icons, there are Namahage and folk law museums in the area as well as traditional houses and other iconic local landmarks dedicated to the beast. The peninsula sits about 30 km northwest of Akita city. To check the place out for yourself ride the Akita Shinkansen from Tokyo station, jump off at Akita Station and grab a local train direct to Oga Station.