The 6 Most Beautiful Gardens In Tokyo 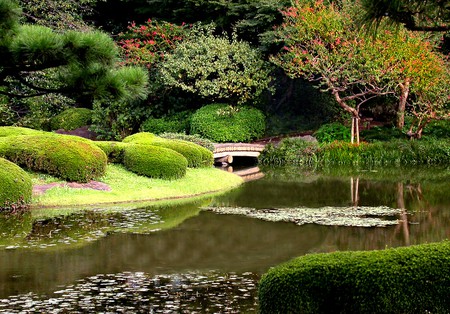 The manicured grounds of the Imperial Palace East Garden | © jweiss/Flickr

Japan’s garden culture is world renowned, but there is more to the Japanese garden than bonsai and koi carp. Read on for our list of the most beautiful gardens to visit in Tokyo.

Kiyosumi Garden is a traditional Japanese garden complete with a pond and Japanese teahouse. The garden is organized so that visitors are led on a picturesque stroll around the water’s edge. Large boulders and stones were brought in from all around Japan, and they feature prominently in the garden’s overall design. Japanese black pine make up the majority of the flora but flowering trees and flowers provide colour in every season. Entry is 150 yen for adults. 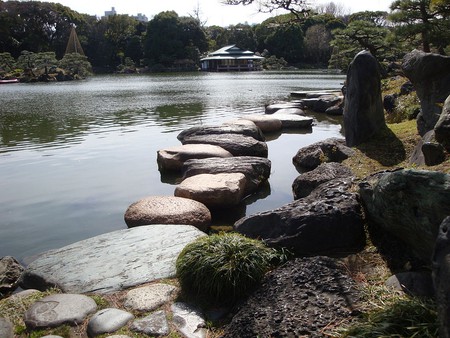 Happo-en is a vast park in Minato District. The name means, ‘The Garden of Eight Views’ for its appeal in all seasons and angles. The spacious grounds provide a stunning backdrop for photos, and in fact, the garden is a popular choice for wedding parties and photo shoots. A restaurant serving kaiseki cuisine overlooks the pond and a teahouse offers tea ceremony etiquette lessons among other things. Call ahead to make reservations for their walking tours hosted on weekdays, which include a lunch at the restaurant and a tea ceremony (7700 yen per person). Reservations are not required for Muan Teahouse but recommended for Enju, the kaiseki restaurant on the premises. 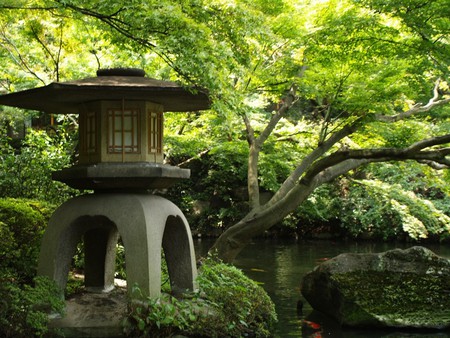 The manicured grounds of the Imperial Palace East Garden | © jweiss/Flickr

The beautiful Hamarikyu Gardens were once the hunting grounds of the Tokugawa Clan. Today, they are a landscaped park and public greenspace surrounded by a seawater moat fed by Tokyo Bay. Hamarikyu Gardens are also home to a traditional teahouse serving Japanese matcha and sweets. It’s at this teahouse that the annual Tokyo Grand Tea Ceremony is held. The park is accessible by two northern gates, or take the scenic route with a water bus from Akasaka. Entry is 300 yen for adults. 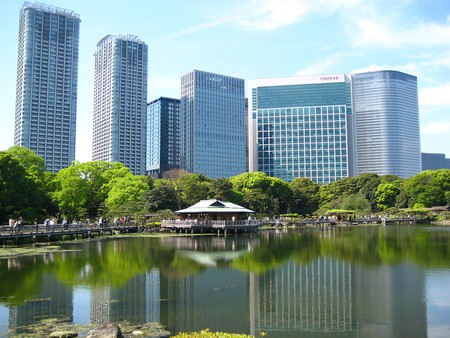 Koishikawa Korakuen is a carefully preserved, painstakingly landscaped park that was established during the Edo Period. It is one of the oldest parks in Tokyo. The design and features take their cue from traditional Chinese aesthetics, which the commissioner obviously admired. The park is famous for its autumn foliage displays. Admission is 300 yen. 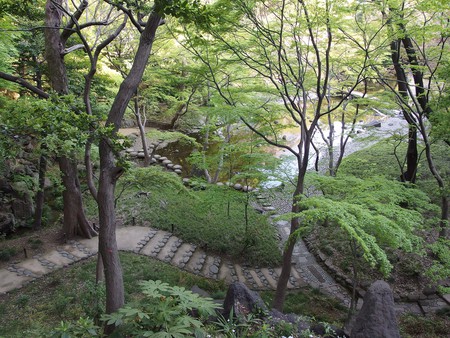 For a few weeks during the hanami (cherry blossoms) in spring, and during the koyo (autumn leaves) in November, the garden of the Tokyo National Museum opens to the public.

On the grounds are five antique teahouses brought here from all around Japan. Outside of these weeks of public access, the teahouses can be rented for private parties and events. The only catch is that you have to buy admission to the museum first, then 600 yen extra to have access to the garden. But for anyone interested in traditional architecture and culture, it’ll be worth every penny.

During hanami and November, 9AM – 5PM daily 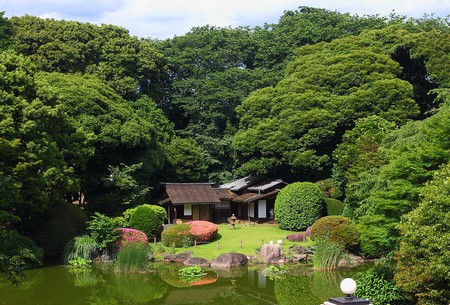