The 12 Best Family-Friendly Destinations in Japan 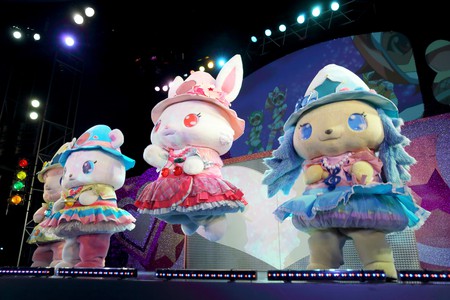 Travelling with the family can prove something of a challenge. Despite its reputation for crowds and manic city life, Japan is actually an incredibly family-friendly destination with something for everyone. Want to know where the best spots are for the young and the young-at-heart? Read on for our ultimate guide.

When it comes to child friendly destinations in Japan, Disneyland is probably one of the most obvious choices, but for good reason. Argued by many to be the best Disneyland in the world thanks to its very high Japanese standards of customer service, maintenance, professional cast members, and incredible dining options, Tokyo Disney is an experience unlike anywhere else.

If you’re looking for something a bit more unique, it’s maybe worth considering the neighbouring Disney Sea. Built as a more ‘mature’ alternative (they also serve alcohol here), Disney Sea is a one of a kind theme park unique to Japan. Inspired by sea myths and legends the park is built around seven themed ports, which act as individual worlds.

While Tokyo’s Disney Resort and Osaka’s Universal Studios may boast the titles of the biggest players on the amusement park scene, Hanayashiki has the impressive title of being Japan’s oldest. Located a short five-minute walk from Asakusa Station in central Tokyo, Hanayashiki has been taking up residence in the historical suburb since since 1853, when it originally opened as a flower park.

A visit to Hanayashiki is a lesson in space utilization, with classic style rides weaving around each other packing in a lot of entertainment in a rather compact space. If you don’t have the time to leave the city or you’re watching your budget, this is an ideal option as entry is 1,00 yen ($10USD) for adults and 500 yen ($5USD) for children. You still do have to pay for rides once entering however they cost around 100-200 yen ($1-2 USD) so it’s really not going to break the bank.

Located in the stunning city of Fukuoka, Umi no Nakamichi Kaihin Koen (Umi no Nakamichi seaside park) is a must if you’re trekking through the southern end of Japan. This sprawling 4 km (2.5 mile)-long park was essentially built for family getaways. The park houses an amusement park, flower garden, zoo, a stack of sports fields and lush grassed areas for picnics making it a very versatile option. If the little ones are prone to getting tired legs from walking, you can also rent a bike at the entrance gate and explore the park via its network of cycling trails.

If there’s one animated universe that could challenge Disney in terms of popularity in Japan it has to be the fantastical world of Studio Ghibli. Responsible for the iconic films My Neighbor Totoro, Spirited Away and Howl’s Moving Castle, Miyazaki Hayao’s Studio Ghibli is a Japanese icon and worldwide pop culture phenomenon.

Designed to replicate the style of the studio’s films, this museum hosts exhibitions, a cinema screening special, nowhere else seen Ghibli movies as well as a café, playground and rooftop garden area. It is recommended however that if you want to check it out you plan accordingly as tickets often get snapped up months in advance.

This summer one of the most memorable places I went is Mitaka Museum in Japan!! It is a place full of dream ✨, and also gave us a slight peek of the super hard work behind the incredible films of Studio Ghibli. Because it's no photo inside the museum so all my photos are taken outside, but I think anyone who likes Studio Ghibli definitely should visit there once in their lifetime! #studioghiblimuseum #mitakamuseum #laputa #placefullofmagic #placefullofdreams

Though it’s only a little over an hour out of central Tokyo, hop on a train out to Moominvalley in Saitama prefecture and you’ll swear you’ve stepped into a whole new universe. Tucked into the mountainside of Saitama, this free and public park was built around the world of Moomins, fictional Swedish, hippopotamus-looking characters. Here you can explore Moomin houses, climb the playgrounds and explore the neighboring forests and rivers. If the weather is good, pack a picnic and head out for a wholesome day in the sun.

For those who don’t know, Gudetama is one of Japan’s most loved mascots. Born of the same family as Hello Kitty (Sunrio) Gudetama is a tired, apathetic, and unmotivated raw egg whose famous catch phrases include “I don’t want to do anything” and “Can I go home now?”. It all sounds a little tragic but we can all be a little bit like Gudetama at times, making him a very identifiable companion. If you’re in Osaka check out the Gudetama café – this egg-themed diner features kid friendly dishes all resembling Gudetama in his many different forms. Just be warned it may be hard to enjoy your lunch when it’s this adorable.

As the theme park rivalry goes, Tokyo may have Disney but Osaka has Universal Studios. Opening in 2001, Universal Studios Japan, also known as ‘USJ’ to the locals was the first Universal theme park to be built in Asia and is the second most visited theme park in the country after Tokyo Disney of course. The park feature eight worlds: Hollywood, New York, San Francisco, Jurassic Park, Waterworld, Amity Village, Universal Wonderland and The Wizarding World of Harry Potter, the last one being arguably its biggest draw-card. With a huge array of rides and other more low key attractions it definitely doesn’t disappoint.

Okinawa prefecture is a mainstay on the Japanese family holiday circuit and if you make time to visit the southern cluster of islands you’ll realize why. With pearly white sand, crystal clear water and affable weather all year round the beauty of the Okinawan islands rival that of Fiji and Hawaii. One of the area’s biggest attractions is the Okinawa Churaumi Aquarium. It is the largest aquarium in Japan and the second largest in the world after the Georgia Aquarium in Atlanta (USA). Home to a massive collection local and exotic fish, visiting the mega aqua park is probably the closest you can get to actually living deep underwater.

Remember when you were a child and all you wanted was to be a grown up? Well KidZania is weird indoor amusement park, mini real world hybrid where kids can live out this ‘grown up’ fantasy in real life. Whether it’s working on the factory line of Coca Cola bottling plant, saving lives as a doctor or modelling in a fashion show, kids can try it all and what’s more is they get paid for their hard work. With over 90 careers to choose from it’s an immersive way for young ones to understand how society functions, and unlike real life work it’s fun.

Do you have a Lego fanatic in your family? Well, in the port suburb Odaiba, Tokyo you can make all their wildest brick-shaped dreams come true. The perfect place for a rainy day, this indoor theme park features ride, playgrounds, a 4D cinema, Lego exhibits that change seasonally and even karaoke! It is a popular destination during the summer and winter school holidays when Tokyo families are trying to escape the elements, so it’s worth planning ahead to avoid waiting around in queues.

For the more adventurous and outdoorsy family, Japan’s stunning parks offer serious family fun no matter where you are, but if you’re in the snowy Nagano area you can’t go past the Jigokudani Monkey Park in Yamanouchi. Home to a unique community of snow monkeys, the park is the best place to watch these cheeky locals enjoy the warm natural hot springs nestled on the mountainside. The park is open all year round, but its at its photogenic peak during winter when the area is blanketed in soft white snow and the volcanic hot springs breathe steamy vapour into the dry winter air.

Technically Yokohama is closer to central Tokyo than other areas of Tokyo, but it’s definitely its own very unique city. The second most populated city in Japan (after Tokyo), the port city is definitely a family friendly destination. A little less hectic than its neighbour, if you want the accessibility of Tokyo but the laid-back atmosphere of a smaller metropolis it’s worth considering Yokohama as your family holiday base. One of the city’s most iconic attractions is Cosmo World a waterside amusement park and fairgrounds that’s opened all year round. Featuring a massive illuminated ferris wheel, rides and sideshow alley style attractions it’s an idyllic little family oriented hangout.