A Vegan and Vegetarian Guide to Tokyo 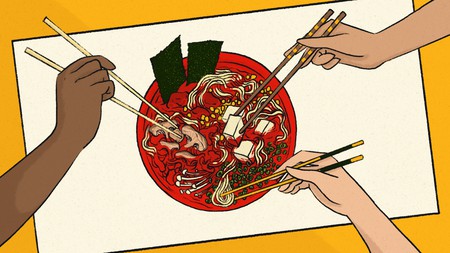 The tides have turned on vegetarian and vegan fare in Japan’s capital city. The rise of natural and plant-based diets among Tokyo’s millennial population has led to a wave of restaurants dishing up exquisite plates of green food that hold their own among both vegetarians and curious carnivores.

“The people of Japan really enjoy and highlight their fruit, vegetables, grains and legumes very well,” Paul Gajewski, chef de cuisine at Park Hyatt Tokyo, tells Culture Trip. “To them, it is an art form to produce the best tofu, soba noodles, as well as the preparation of the carefully grown and picked vegetables.”

According to Gajewski, items such as sweet corn from Hokkaido or sweet potato as well as the vegetables used in tempura are often seen in street-food dishes and have always been very popular. Japan has a melting pot of different cultures with great representations of vegetarian cuisine, such as Indian and Thai, which have aided in pushing the city into a more plant-based future. 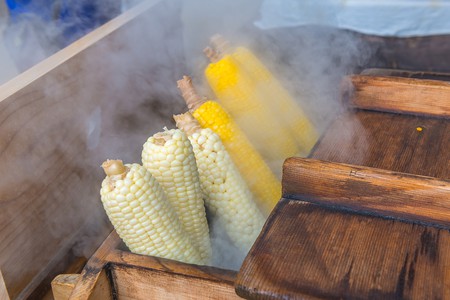 Culture Trip has pulled together a list of vegan- and vegetarian-friendly restaurants that are either entirely plant-based or easily cater to plant-based eaters. From vegetarian ramen and soba to plant-based pizza, these are the best places to grab a satisfying vegan or vegetarian meal in Tokyo.

A note on dashi

Keep in mind that many Japanese restaurants, while they may seem vegetarian-friendly upon first glance, often use fish or chicken in the base of their stocks and sauces – especially dashi, which is in a lot of different dishes and dressings. The term dashi generally refers to soup or cooking stock, but it’s made with kezuri katsuo (dried fish shavings).

Some vegetarians decide to make an exception while in Japan and consume a bit of dashi. However, if you prefer to avoid it, make sure to specify that you’re not just vegetarian (“watashi wa bejitarian desu”) but that you also don’t eat any dashi or bonito (“dashi to katsuobushi wa taberaremasen”).

Nestled just a few blocks from bustling Shibuya, Rainbow Raw Food places emphasis on enzyme nutrition, which is essentially a way of eating that helps the body take in as many vitamins and minerals as possible. This cooking method means that no foods will be heated over 46C to 48C (115-118F). While that may sound like the premise for a bland meal, it’s quite the opposite. Rainbow Raw Food is known for its innovative plant-based sushi rolls, which include ingredients such as soy meat with hemp and mock monkfish liver.

Wine and dine at KiboKo

A vegan wine bar in Tokyo? Coming right up. Head through an unmarked side door and up some stairs, and you’ll find KiboKo. The upscale eatery in Shinjuku focusses on small Japanese sharing plates with a plant-based twist and an impressive list of organic vegan wine from all over the globe. The calm atmosphere at the bar makes it a great spot to start the night with a glass of wine and a few bites. For more intimate evenings, opt for a table for two by the window, which overlooks busy Shinjuku below.

Chow down on taco rice at AIN SOPH. Journey

The menu at Shinjuku’s AIN SOPH. Journey is varied, serving up everything from Japanese-inspired dishes to Western fare. Try the taco rice, a beloved regional speciality from Okinawa given a vegetarian makeover, and be sure to swing by during lunchtime on weekdays to take advantage of the restaurant’s multi-course lunch sets.

AIN SOPH. Ripple is a casual vegan joint that’s a favourite of many Tokyoites – mainly thanks to its killer vegetarian burgers, gloriously gooey macaroni and cheese, and moreish waffles. Conveniently located in the heart of Shinjuku’s famous Kabukichō district, Ripple is an ideal spot to grab a bite to eat before diving into Tokyo’s nightlife.

Take a load off at Tudore Tranquility

“One of my favourite vegetarian spots is Tudore Tranquility,” says Gajewski. “It offers fantastic and creative options that are really forward-thinking.” Described as a “celebration of taste, texture and colour to satisfy body and soul”, Tudore Tranquility’s prix-fixe menus offer a mouthwatering exploration of vegetarian cuisine with a unique Japanese spin. Chef and owner Mamta Reid’s plant-based creations focus on health and nutrition without compromising on creativity, which results in wildly delicious, yet guilt-free pleasures, such as roasted capsicum with fresh mint and black quinoa with parmesan and grapefruit. 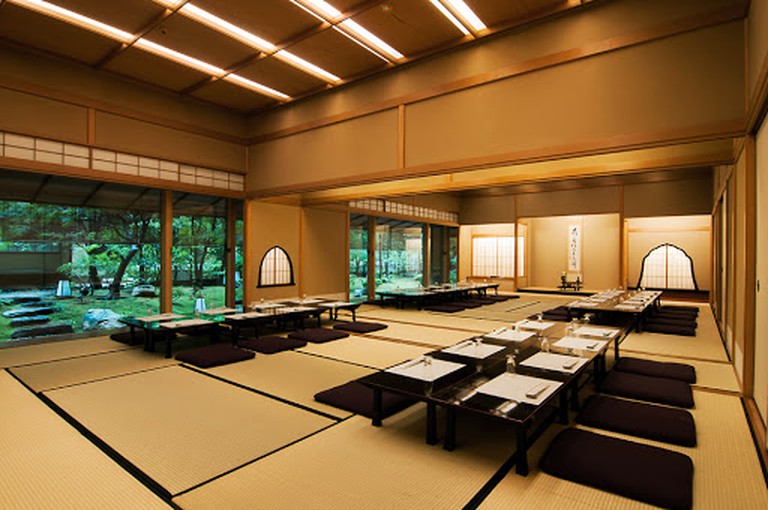 Located near Seisho-ji, a temple in the Atago Green Hills Forest Tower in Minato, Daigo is a two-Michelin-star shojin ryori restaurant by chef and owner Nomura Yoshikawa. Shojin ryori is a type of meat-free Buddhist cuisine based on the idea of appreciating simple vegetarian ingredients, such as root crops and beans. Here, you’ll always be met with fresh ingredients and a seasonal menu, but Daigo is best known for its soba with grated yam flavoured with Japanese mustard and its zosui (rice soup) with nameko mushrooms.

BON is another restaurant in the city serving up shojin ryori, of which there are only a few. While the multi-course vegan meal might be on the pricier side, diners on a budget can stop by during lunch to pick up a takeaway bento for a fraction of the cost of dinner. However, dine in if you can because BON’s interior, featuring tatami mats and stone corridors, is a draw in itself. Reservations are a must.

If you’re set on eating at Sukiyabashi Jiro or Jiro’s son’s restaurant, Sukiyabashi Jiro Roppongi, you’re in luck – the Michelin-star restaurant happily caters to vegetarians (and it goes far beyond just avocado rolls). Although famously difficult to get into, particularly after Jiro Dreams of Sushi (2011) debuted, it’s worth the wait – even the sticky rice used at Jiro will completely blow you away.

Located at the foot of Tokyo Tower, Tofuya Ukai offers one of the best vegetarian dining experiences in the city. The restaurant specialises in kaiseki (full-course Japanese cuisine) and tofu, served to diners in private rooms inside a 200-year-old samurai-era residence. Tofuya Ukai even makes its tofu at a special facility in the mountains of Okutama (on the outskirts of the Tokyo metropolitan area). Reservations are essential.

Head to Afuri for out-of-this-world ramen

This world-famous ramen chain is primarily known for its signature yuzu-tinged shio and shoyu ramen, but its vegan ramen is also superb, loaded with fresh, seasonal vegetables and specially made lotus-root wheat noodles. Afuri has several locations throughout Tokyo; the Harajuku shop, sandwiched between Meiji Jingu and Takeshita Dori, is located conveniently enough to work into a day of sightseeing. 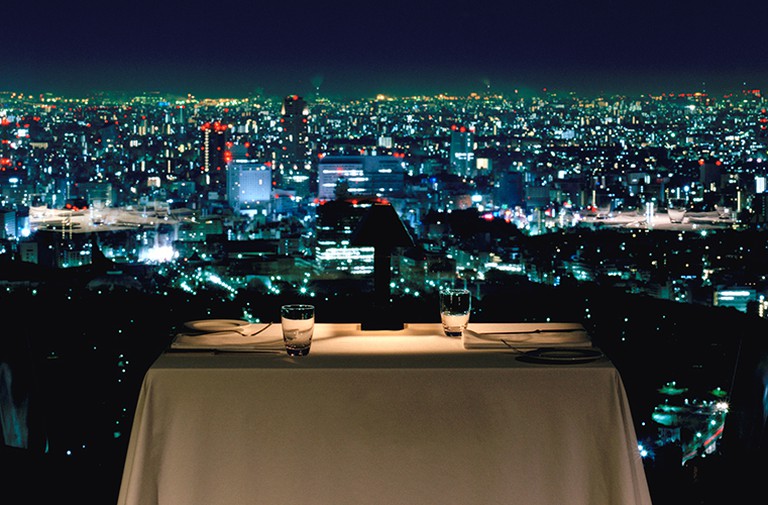 Perched on the 52nd floor of the Park Hyatt Hotel, New York Grill and the neighbouring New York Bar have mesmerising and seemingly endless views of the Tokyo skyline. Great for vegetarians and meat-eaters alike, this sky-high eatery has a great selection of steak and other cuts of meat, but also plenty of vegetarian options, including a decadent coconut chickpea curry and fresh Hokkaido burrata. “As chef de cuisine of New York Grill, I always take the time to create variations of vegetarian and vegan items,” says Gajewski.

Ramen joint Soranoiro NIPPON puts a healthy spin on this hearty comfort food. Its vegan veggie soba ramen and veggie soba noodles can even be made gluten-free with rice noodles. To get to this branch, head towards the Yaesu South exit of Tokyo Station.

Located down a quiet side street in Shinjuku, DAIAN offers 100 percent domestically grown soba in a tranquil, dimly lit dining space. Unlike ramen or udon noodles, which are often seen as more of a snack in Japan, soba is refined fare. And at DAIAN, the handmade noodles are impeccable. While there are quite a few options for meat-eaters, the soba served with sesame dipping sauce is entirely vegetarian and just as decadent as its carnivorous counterpart. Note that getting here early is imperative, as a line begins to snake out the door upon opening.

Savoy for wood-fired pizza as featured on TV

Pizza in Tokyo? Definitely. Much-loved by everyone from chef David Chang to Aziz Ansari (who once claimed it was the best wood-fired pizza he had ever tried), Savoy in Minato only seats about 10 people at a time and only does two types of pies: marinara (which is vegan) and margherita. Grab a seat at the bar and watch in awe as the pizza chefs sling dough, cheese and sauce in and out of the oven with speed and finesse.

Take off your shoes and head into this cheeky indoor-outdoor izakaya for Hakata-style yakitori. Hakata-style essentially means that there’s more than just grilled chicken on offer, which is great news for vegetarians in the mood for a snack. “Make sure to get the leeks – they are so sweet in Japan and are unlike other leeks. The flavour is full and rich without the hard onion flavour. Also look out for kintoki carrots and the abundance of different local mushrooms, which have an amazing firm texture and rich flavour,” says Gajewski.

Located a short walk from the famous Shibuya Crossing, this wildly popular falafel joint serves up authentic Middle Eastern-inspired cuisine in a cosy setting. While the menu might be small, with only falafel sandwiches, salads and a few sides on offer, the restaurant’s massive portions and low prices make Kuumba du Falafel a great option. Note that opening hours are irregular, and the kitchen often stops serving food almost an hour before closing.

This is an updated version of an article originally written by Corlena Bailey. Kat Bee contributed additional reporting.