'Territory of Light' by Yuko Tsushima, Motherhood and Melancholia 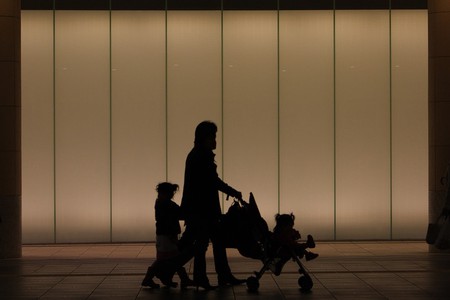 The late Japanese writer’s twelve-part masterpiece has been translated into English for the first time, since publication in Gunzo magazine in the late ’70s.

It is an uncomfortable sympathy that we feel for the narrator in Yuko Tsushima’s Territory of Light. As she descends into a state of lethargy and lassitude having been deserted by her husband, her struggle to raise her young daughter alone both stirs and unsettles the reader, as the two make a new life on the fourth floor of a Tokyo apartment building, flooded with light.

Originally published as a monthly periodical in one of Japan’s oldest literary journals, Territory of Light remains one of Yuko Tsushima’s most important works, now translated into English by Geraldine Harcourt. With each of the twelve chapters following the months of the calendar, Tsushima’s genius lies in expressing the nuance of a moment as well as the themes of a period. Though short, the book should not be read in one sitting, but in chapters, with periods of active absorption in between. The attentiveness of Tsushima’s writing allows you to stay with the characters beyond the page.

In the first line we learn: “The apartment had windows on all sides”, and in a similar fashion, the narrator invites us into a panoramic viewing of her emotional landscape. Coincidentally, her surname is identical to that of the building, and as such, she “was constantly being mistaken for the proprietor”, providing a neat metaphor through which to explore the architecture of the narrator’s psychology.

The narrator and her building share a similarly dilapidated and solitary existence: the water that floods the downstairs office reflects her own emotional porousness; the building is completely deserted at night mimicking the narrator’s numbness; as a blue mesh is constructed around the apartment to prevent the daughter from dropping objects onto a neighbour’s roof, “everything appeared in a thick fog”. As if caught in a folie à deux, the narrator’s deterioration is echoed by the building’s own wear and tear.

Denial emerges as a flawed coping mechanism: she confesses to interpreting her husband’s decision to leave her as a joke; she prefers to refer to the large traditional garden that her apartment gives onto as the ‘Bois de Boulogne’, for her the ‘fairy tale’ garden that sits on the outskirts of Paris. The reference might give way to allusions with Emma Bovary, who experiences a similar listlessness in Flaubert’s tale. Or better yet might be comparisons with Meursault from Camus’ L’Etranger who famously also finds the harshness of sunlight too overbearing. (Tsushima spent time in Paris lecturing at the Institut National des Langues et Civilisations Orientales.) 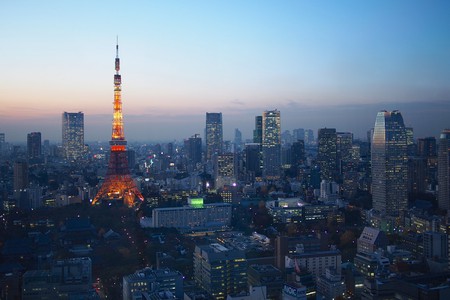 Tenderness and cruelty compete for space between the mother and daughter in Tsushima’s powerful portrayal of motherhood, a theme also explored in her award-winning short story The Shooting Gallery, where she drew on her own experience of life as a single mother.

Confessions of abuse are written into the narrative with rare candidness. In public, there’s physical violence, for example when her daughter runs off and gets lost in the park after “I gave her a shove on the forehead”. In the privacy of their closeted world, there’s neglect, as she begrudgingly lays a towel over the mattress when her daughter wets the bed, only freeing her of her urine-stained pyjamas when her cries become too much. Following her initial frustration with her daughter’s nighttime accidents, the narrator movingly recounts how her anger turns to compassion: “She clings to me, sniffling, and eventually falls asleep with her mouth open. As if finally coming to my senses at the sight of her sleeping face, I hurriedly begin to caress her head and her cheeks,” – a beautiful example of how we can love and hate the people we rely on the most.

Tsushima adds a further dimension to the mother daughter relationship, in the narrator’s propensity to infantilise herself. In doing so, a deeply unsettling role reversal takes place where the two-year-old daughter transforms into her own mother’s caretaker, telling her not to cry, calling her “a good girl” and looking after her when she’s sick. Though affecting, these moments as a reader are difficult to swallow. In one scene the daughter asks to be breastfed, something her mother reminds her they’ve both put to bed long ago. Though the narrator acquiesces, the daughter pulls away from her breast awkwardly, and it feels as though they are both merely acting, playing their assigned roles in a doomed performance with no audience.

As the seasons come full circle and we enter the twelfth and final chapter, a way out of the darkness appears to open up. The book ends with the narrator leaving the “blue shadow” of the apartment, to pick up her daughter from her neighbour’s house. The symbolism suggests that there might be refuge in life, a way to exist in the light and the darkness, if only we can commit to keep on keeping on. Ultimately, we are left with the sense there is a bond between the mother and daughter – that though not unbreakable – feels stronger and sturdier than that four-storey building Tokyo, flooded with light.

Territory of Light by Yuko Tsushima is published by Penguin Classics, £9.99. Available at www.penguin.co.uk