A Terrible Beauty: The Works of Katsuhiro Otomo 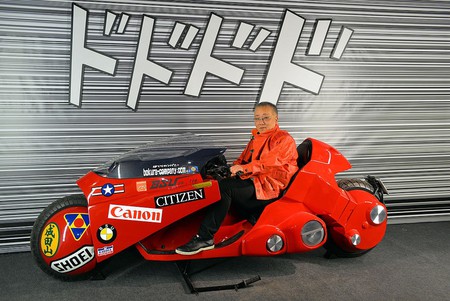 There’s much more to the acclaimed Japanese artist and director Katsuhiro Otomo than Akira. We take a closer look at some of his lesser-known works.

“He, too, has been changed in his turn
Transformed utterly:
A terrible beauty is born.”

It is July 16, 1988. A camera moves slowly over the sprawling vista of Tokyo, the city stretching as far as the eye can see in any direction. Seemingly out of nowhere, a bright white sphere appears in the city’s centre. It spreads silently outwards within seconds, annihilating everything in its path in a cataclysm of light. Tokyo as we knew it is wiped off the face of the earth.

The spellbinding opening to Akira, Katushiro Otomo’s astonishing directorial debut, makes a fitting metaphor for the impact that his work would have on pop culture, not only in Japan but outside of it, and particularly in the US. Before the 1988 film, anime was huge in Japan and nowhere else. Around that time, the medium had a smattering fans in the West, but it wasn’t taken seriously as an art form by its critics or filmmakers. All of that changed with the arrival of Akira, a nuclear explosion of a film that changed an industry and embedded itself in popular culture from that point onward. Otomo’s signature style – precise, detailed, destructive, often grotesque – became a benchmark. A terrible beauty was born.

And yet, Otomo’s other work doesn’t always seem to have quite the same spotlight shined on it. And while his efforts outside of Akira haven’t had the same impact (which in itself is hardly a crime), they are no less fascinating.

Considering Otomo’s obsession with blowing up entire cities (an ongoing theme across most of his work), his origins are distinctly non-urban. He grew up in the Tohoku, a region of Northern Japan famed for its natural beauty. Manga provided entertainment and a means of escape (the giant mecha title Tetsujin 28-go was a favourite and would later go on to be a big influence), and by the time he was in high school, Otomo was interested in the idea of becoming an artist. If he wanted to succeed in any kind of creative endeavour, his only option was to be where the action was, which meant Tokyo, where he soon found work as an illustrator.

By the time Otomo got his start around the late 1970s, speculative science fiction in popular manga was all but non-existent. Space operas and cutesy fare like Doraemon were big sellers, but no one appeared to be telling grittier stories that reflected real life. Otomo felt he could change this. Simultaneously, he was soaking up a diverse range of dynamic Western influences, from Deep Purple to The Exorcist (a film which he says completely changed his approach to incorporating elements of horror in his storytelling) and 2001: A Space Odyssey. These influences, alongside his love for manga and anime, meant that he could begin creating something entirely new. 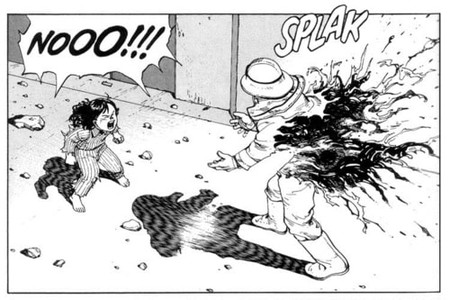 After making his bones on early titles – one of which was the unfinished sci-fi epic Fireball – Otomo’s first work of note was Domu: A Child’s Dream. The acclaimed horror manga tells the story of an old man and a child, both of whom possess extra-sensory powers and live in the same apartment block. The title was a showcase for Otomo’s artwork, completely breaking with conventions of popular styles in manga at the time, with characters who looked less like cartoons and more like real-life Japanese. As powerful as the art was the story, culminating in a spectacular climax that set the tone for what was to come. The title was serialised over two years, became a best-seller, and won a number of awards. Otomo was a bold new creative force to be reckoned with. A few years later, he would create his masterpiece.

Akira first appeared in Japan on December 2, 1982 as a black-and-white serial in Young Magazine, one of the many popular anthologies in Japan that are as bulky as the average telephone directory. The title would run for eight years over a staggering 2,000 pages drawn by Otomo himself (one of his uncredited art assistants was the late, great Satoshi Kon). The manga was important enough to receive a translation from Marvel Comics’ imprint Epic, who took the unprecedented step of releasing the title in a full-colour adaptation, the first use of computer colouring in comics. The results were incredible. Just as the anime adaptation blew the doors open for Japanese animation, its illustrated counterpart was instrumental in bringing sophisticated, adult manga to Western audiences. 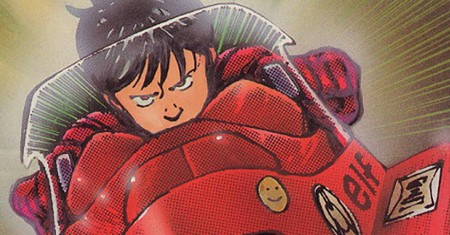 The Akira anime was a huge undertaking for Otomo. Having worked on animation before (he was a character on 1983’s messy Harmagedon) but finding the process creatively frustrating, he insisted on complete control of the project. This made life a headache for animators and a logistical nightmare for producers: at the time, the film was one of the most expensive anime ever made in Japan, with over 160,000 cells of animation. But the results spoke for themselves, and the film became a worldwide commercial smash and critical darling overnight.

Otomo’s career as an artist and animator doesn’t stop there. He was either a writer or penciller (and sometimes both) on a number of titles in the ’80s and ’90s. One of these was the dystopian saga Legend of Mother Sarah, a post-apocalyptic epic in which a formidable matriarch undertakes a perilous journey to find the children from whom she was separated. On the animation front, Otomo wrote a number of high-profile titles including 1991’s Roujin-Z and 2001’s Metropolis. His next feature as director was 2004’s Steamboy, an enjoyable steampunk romp set in England during the industrial revolution. It’s a very different affair from Akira, and is essentially a lavish children’s adventure (with a subtext about the moral implications of utilising science and technology for the good of others), complete with a trademark city-trashing finale. The film, again with a big budget and over 180,000 cells of animation, doesn’t quite reach the epochal heights of Akira (nor was it as successful), but is still visually jaw-dropping.

Another feature of note in Otomo’s recent work is the short film Combustibles, part of the animation anthology Short Peace. The film was a total stylistic departure for the director – a love story set in Japan’s Edo period without a fantastical entity in sight – and is shot in such a way that it deliberately mimics paintings and vistas from that period. Due to the film’s length, the less said about it the better, but its powerful denouement is Otomo-esque to the core.

Over the last couple of years, Otomo has collected a slew of distinguished accolades. Among others, he was made a Chevalier of the French Order of Arts and Letters in 2005, eventually being promoted to Officier of the order in 2014. He was the fourth manga artist ever inducted into the prestigious American Eisner Award Fall of Fame in 2012. In his native country, he was awarded the Purple Medal of Honor from the Japanese government in 2013 in recognition of his creative efforts. In 2015, the Franco-Belgian comics industry presented Otomo with its highest accolade, when he became the first manga creator to win the Grand Prix de la Ville d’Angoulême.