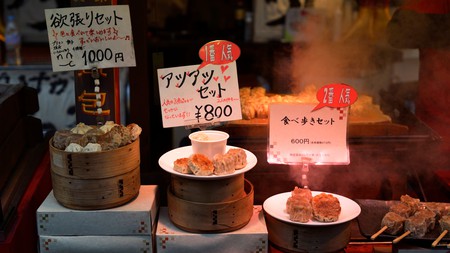 Few Japanese cities can rival Yokohama when it comes to food. When the port opened its arms to the world in 1859, so did Yokohama’s kitchens, infusing Japanese classics with an international twist. The result? A cuisine that is equal parts classic and cutting-edge.

Like everywhere in Japan, Yokohama boasts great sushi, tempura and yakitori. What’s unique here is the influx of influences from every corner of the globe. Yokohama was a major gateway for beef, beer and bread into the country, and the city is also home to Japan’s premier Chinatown. Try English bread, Australian pancakes, a very interesting interpretation of Italian pasta – oh, and a slurp-worthy ramen scene. These are the 10 dishes every visitor to Yokohama must sink their teeth into.

As soon as Yokohama welcomed its first international ships in the late 1850s, Chinese merchants formed what would become Japan’s most mouth-watering Chinatown a few blocks south of the port, introducing the locals to the noodle broth they quickly came to embrace: ramen. Learn more about the history at the Shin-Yokohama Raumen Museum, where the atmospheric food court is a replica of gritty 1950s Tokyo, serving regional variations of ramen from across the country. The local specialty, though, is Sanma-men – a Chinese-inspired ramen that combines a delicate broth, thick noodles and crunchy stir-fried vegetables. Sanma-men is available everywhere, including the museum. 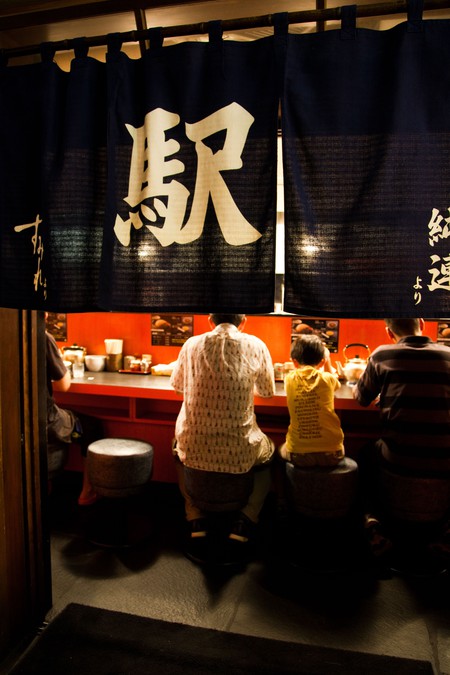 The Cup Noodles Museum in the glam reimagined dock area of Minatomirai pays homage to the just-add-water meal in a cup that’s provided dinner for many a penniless college student. This playful museum is one of the world’s quirkiest – from the space noodles specially designed for astronauts to the experience of turning into a noodle for a step-by-step walk through the production process – but the most special part is making your own customised Cup Noodles. Visitors can mix and match their own ingredients to create a bespoke, entirely one-of-a-kind cup of instant ramen, complete with your own hand-drawn label. 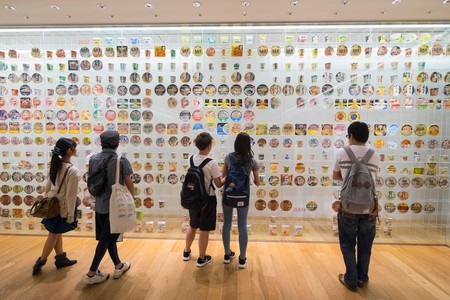 After a centuries-long ban on beef, a sceptical Japanese population took some convincing to chow down on cow again. So when Otokichi Takahashi opened Ohtanawanoren in 1868, he came up with a dish so delicious the locals couldn’t resist: gyu-nabe, a hot pot of thinly sliced beef, miso-flavoured broth and vegetables like negi (Japanese leeks) and shiitake mushrooms. More than 150 years later, diners still feast on top-rated Japanese A5 Wagyu in this distinctly Japanese setting, right down to the quaint courtyard, paper sliding doors and golden tatami mats. 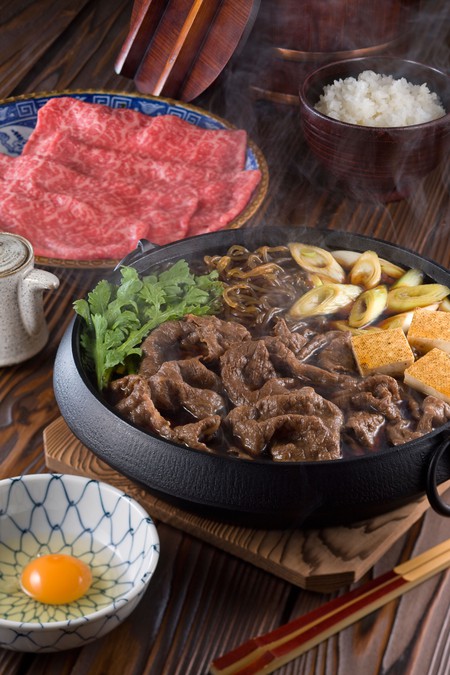 There are more than 500 shops and eateries in Yokohama’s Chinatown, and it feels like every one of them is selling dumplings of some kind. Nikuman – bite-sized steamed buns stuffed with meat, best wolfed down straight out of the steamer – are the local favourite. Grab some to take away from Edosei, a Chinatown institution since 1894, or shumai dumplings from ultra-popular Kiyoken just up the alleyway, which sells bento boxes of its pork bundles. 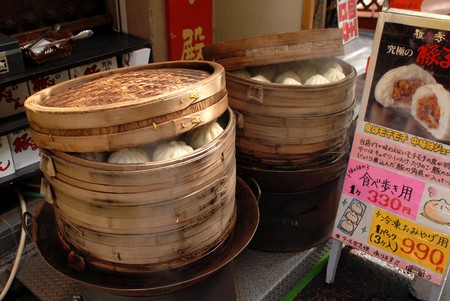 For dessert, it’s not hard to sniff out someone frying up goma dango – rice cakes stuffed with sweet red bean paste and caked in sesame seeds. Sensible eaters can pick up a six pack to parcel out over the day, but more impulsive ones can get a single golden ball of goodness served in a little paper cone to scarf down straight out of the fryer. Hong Kong-style egg tarts – custard encased in flaky pastry – is another Chinatown staple. 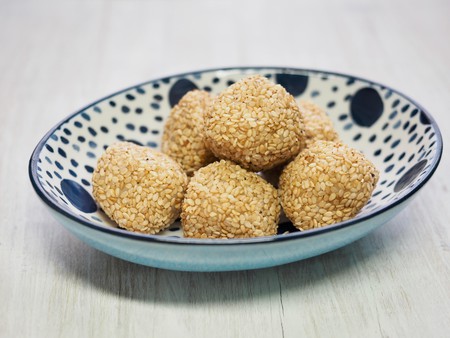 Ice cream was another idea that sailed into Yokohama’s port in the 1850s, and interest hasn’t melted over the decades since. In the northwest corner of Chinatown, Yokohama Daihanten supplies the silky Annin soft serves that have earned a cult following. But for a more substantial scoop, head to Bashamichi Ice, named after the street where trailblazer Fusazo Machida opened Japan’s first ice cream parlour in 1869. Fittingly, the modern store is located inside the Red Brick Warehouse on Shinko Island, the converted shipyards overlooking the bay. 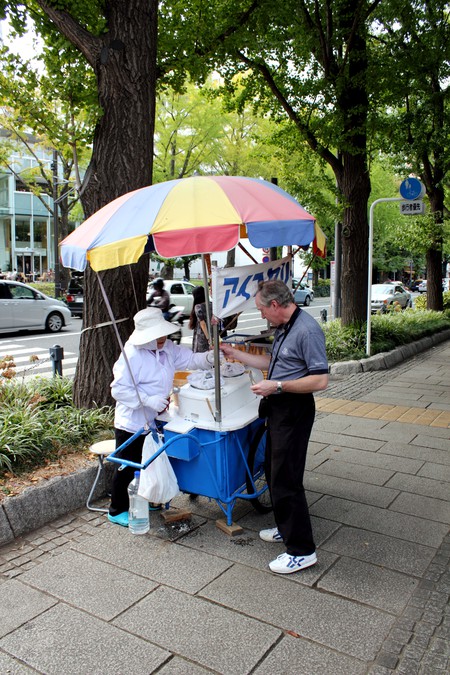 There are few better examples of yōshoku (Western-style Japanese food, or should that be Japanese-style Western food?) than Napolitan spaghetti, a stir fry of noodles, sausages and vegetables in a tomato sauce. Don’t expect Italian flavours or al dente pasta – this is a uniquely Japanese spin on the cuisine of Naples, with spaghetti more closely resembling udon noodles. Napolitan pasta was the brainchild of Hotel New Grand head chef Shigetada Irie, who was inspired by American military rations when US forces took over the venue in the wake of World War II. Diners will still find Napolitan on the menu of this opulent hotel gazing over the Yamashita Park waterfront. 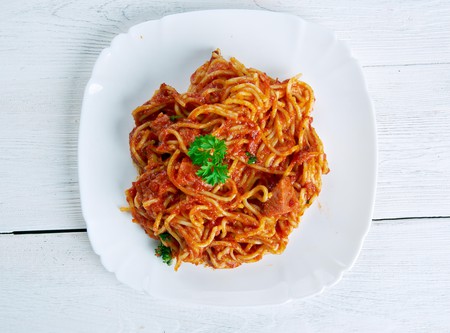 This beef stew – a thick sauce of meat, onions and mushrooms served over rice – is another yōshoku classic, not far off being the Japanese answer to stroganoff or bœuf bourguignon. Unlike most of the dishes on this list that originated in Yokohama, hayashi rice began life with a French engineer in a mining town in the Hyōgo Prefecture in the 1860s. But it eventually became a Yokohama go-to thanks in no small part to Baikotei, an old-school eatery that’s showing its age but only grows in reputation with every passing year. 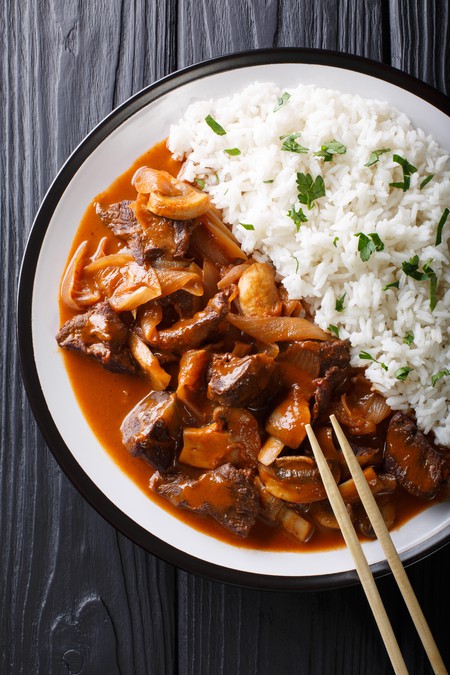 While Chinese merchants built Chinatown next door, Europeans gathered just south in leafy hillside Motomachi – still one of Yokohama’s most affluent areas. The boutique-lined avenues house many bakeries but Uchiki Pan was the first, and is indeed one of the oldest in the entire country. Hikotaro Uchiki opened his store in 1888 and pioneered shokupan (the fluffy white sandwich loaf that’s now a breakfast staple across Japan), which Uchiki Pan simply dubs “England bread”. 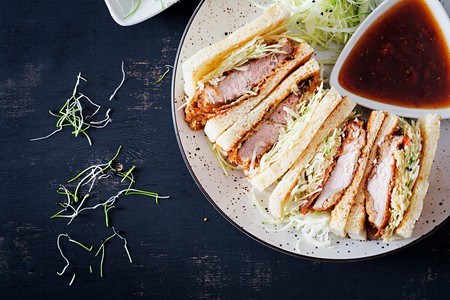 Australian celebrity chef Bill Granger began with a single café in inner-city Sydney in 1993, and now reigns over a global empire that spans Australia, England, the United States, Korea and right here in Japan. His signature dish? Pancakes. There’s no shortage of Western-style pancake joints for brunch around Yokohama, but these ricotta hotcakes with honeycomb butter are something special. Bills is also located in the Red Brick Warehouse – apt for a building that helped introduce so many foreign food influences to Yokohama. 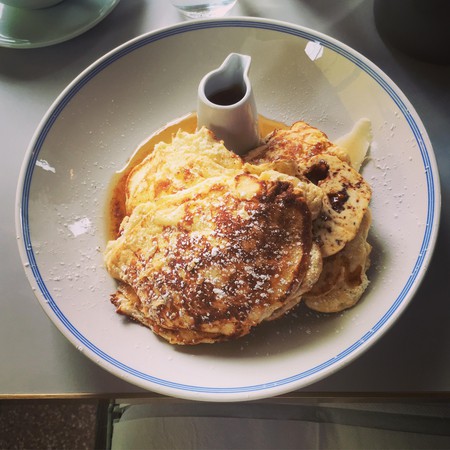