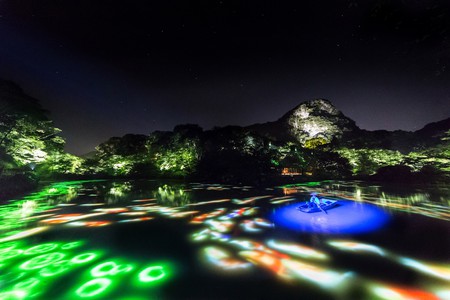 Drawing on the Water Surface with Lotus Flowers, Created by the Dance of Koi and Small Boats on Mifuneyama Rakuen Pond | © teamLab

Open to the public since 1845, the 500,000-square metre garden, which was created at the end of the Edo period, has been transformed through a myriad of immersive digital installations that react to the presence of the public and modifies nature into art without harming it. 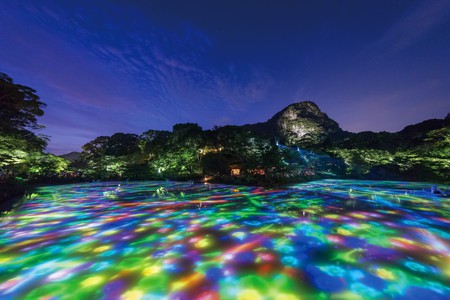 Drawing on the Water Surface with Lotus Flowers, Created by the Dance of Koi and Small Boats on Mifuneyama Rakuen Pond | © teamLab

teamlab’s interventions take inspiration from the magical surroundings of the park, set within the magnificent Japanese forest. Not only is it overlooked by Mifuneyama Mountain, but it also houses a number of sacred trees including a 3,000-year-old sacred Okusu tree of Takeo Shrine – Japan’s 7th largest. 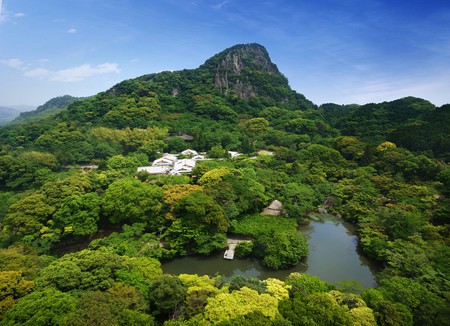 Known for their playful interactive installations that draw on the continuous cycle of life and the relationship between humans and nature, teamlab have responded to the ambiguous boundary between man-made garden and natural forest with works that encourage immersion, discovery and even the potential to get lost in the park’s grounds. 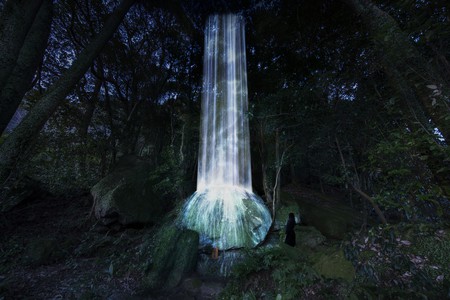 Universe of Water Particles on a Sacred Rock | © teamLab

Utilising the park’s captivating qualities that have transfixed people for centuries, the trees, foliage, caves and rocks become teamLab’s canvas onto which they project digital illusions.

One of the most ambitious projects is Drawing on the Water Surface with Lotus Flowers (2017), that uses sensors to change the projection on the Mifuneyama Rakuen pond’s surface depending on the movement of the boat and koi fish in the water.

Drawing on the Water Surface with Lotus Flowers | © teamLab

On a giant rock covered in moss expect to encounter the indigenous flowers of the area in a constant state of birth and death as they repeatedly bloom, wither and disappear. 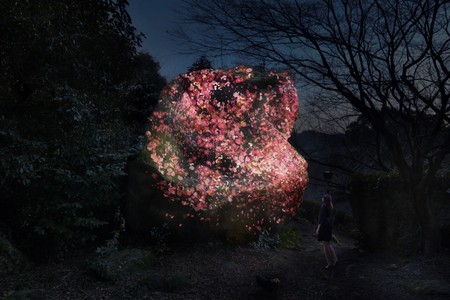 On another rock that enshrines the Inari Daimyojin deity, Universe of Water Particles on a Sacred Rock, creates the illusion of a waterfall in the middle of the forest. While a projected calligraphic form known as an ‘Enso’ turns a huge rock in which a maple has embedded itself into a virtual Zen symbol of enlightenment.

Explore more of the intriguing installations that illuminate the park like never before. 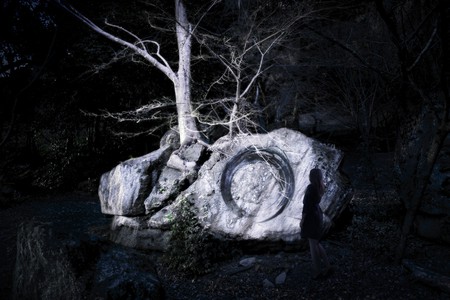 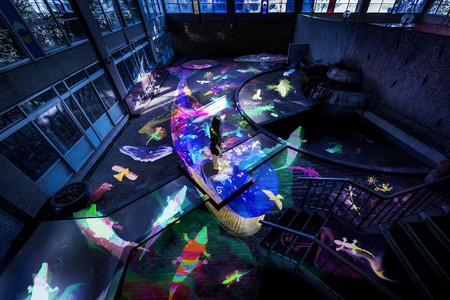 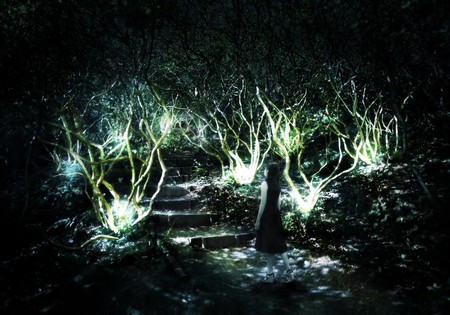 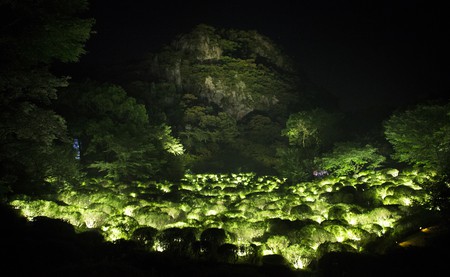 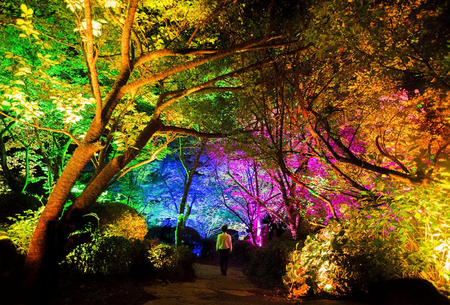