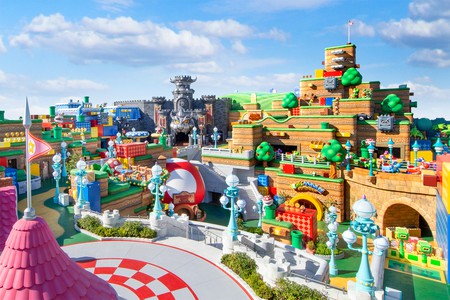 A spectacular new attraction at Universal Studios Japan is set to finally open in 2021 in Osaka. Super Nintendo World will see real-life versions of popular games and characters delight visitors as the theme park launches just before the Tokyo Olympics.

The Olympics were postponed by a year during the outbreak of Covid-19; additionally the launch of Universal’s vivid new world at the Osaka theme park was also delayed. The immersive attraction is seen as a great way of bringing back visitors to the country after strict lockdown rules, and new images of the almost-completed Super Nintendo World have excited fans even more.

The main star of the park will be a recreation of Mario Kart, a popular racing franchise on various Nintendo platforms that sees Mario, Luigi and friends battle it out around tricky racetracks. The games are some of the bestselling titles in the world, and fans have often dreamt about being able to race their own friends for real.

The Mario Kart rollercoaster is about as close as you can get to the experience these days, with each ride featuring kart style carriages enhanced by augmented reality (AR) eyewear. The fully immersive ride then sets off around an accurate recreation of Bowser’s Castle. 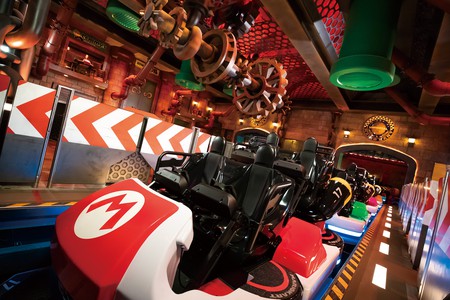 Some travellers might remember the Mario Kart races that took place on the streets of Tokyo, where riders were able to dress up as characters from the games and weave between other cars on public roads. This admittedly tempting experience has been dramatically stripped back, due to various copyright infringements, but at least we now have this new attraction to look forward to.

The new section of the park aims to combine modern technology with the classic Universal experience, in a variety of ways. Visitors will get to see the colourful cafés, rides and restaurants as they normally do, but they can also play Mario games with the aid of a Power-Up Band. This device seamlessly allows gamers to score points by tackling familiar tasks from a number of Nintendo titles.

Mario, a dungaree-wearing plumber, is the unlikely moustachioed mascot of the Japanese game company. Apart from a failed film incarnation in 1993, the character has an otherwise impeccable reputation in mass media. He’s arguably the best-known video game character of all time, and it only seems right that he now has a prominent place and permanent home in Osaka. 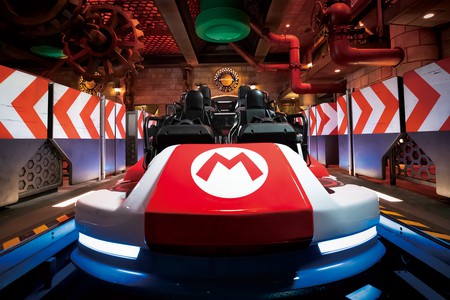 Like many places in Japan, Osaka, the second-largest city in the country, is popular in spring with visitors from around the world flocking to catch a glimpse of the beautiful cherryblossoms in bloom. However, tourism has been severely hit by the pandemic, with most international travel still restricted. Domestic tourism is set to be the first target market for the park, and it is hoped that overseas visitors will also be back by the time the Olympics roll into Tokyo in July 2021.

Osaka is one of the first destinations visitors head to after they’ve seen Tokyo. It’s considered a cheaper alternative to the capital, and you can easily travel between the two by jumping on the Shinkansen (bullet train). There are several departures every hour, so you can arrange last-minute trips if you’re not a planner. Flights and bus services also run this popular route, but are far less convenient that taking the train.