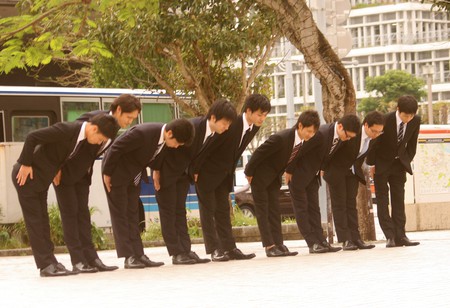 Apologizing in Japan is more than just saying you’re sorry – it’s about politeness, and letting others know that you are reflecting on what went wrong, and not just uttering the required phrases. It has become part of Japanese culture and is employed across the board, by individuals, public figures, celebrities, corporations, even governments. Even though apologizing is often a personal practice, it is essentially an act that considers the whole and how each individual affects it. Here we explore the significance and meaning behind this humble habit.

Being polite is desirable in almost every culture, but the Japanese are known to be especially courteous. The psychological phenomenon known as groupthink further contributes to this. Meaning, Japan in general tries to be a harmonious society and most people try to put the benefit of the group ahead of their own personal desires. In other words, they try to avoid making a fuss or bothering others, because they are aware that their actions affect those around them.

Much of Japanese apologizing fits in nicely with this way of thinking. For example, saying, ‘sorry for the late reply,’ even though it’s only been a day since you received an email or ‘sorry for keeping you so long’ after a quick chat. The speaker may not necessarily be seeking forgiveness, but by apologizing they are being humble and polite – both desirable qualities, especially to the Japanese.

There has been an increase in the amount of public apologies made by corporations in recent years. In the digital era, companies have to be more careful than ever about the information they disclose to the public. Going back to Japan’s samurai culture, one could compare the act of coming forward about company mistakes to an act of preserving honor (saving face). To have the mistakes disclosed by the media first would give the business a shady reputation.

Apologizing in daily life is important, but apologizing in business is crucial. It’s necessary in order to start rebuilding trust and reforging ties with customers. Even the government has made public apologies, to its own people and to others. In these instances, the speaker’s language is carefully scrutinized. For example, former Prime Minister Tomiichi Murayama caused quite a stir when, twenty years ago, he chose to include the term owabi in his apology for Japan’s colonialist activities. This is one of the most formal ways of apologizing, and it isn’t used lightly.

Japan’s highly structured society is reflected in its language. There are different pronouns and verb forms depending on the relationship between the speaker and the listener. These range from very friendly (or downright rude, if used with certain people) to those expressing the utmost form of respect. It’s no wonder, then, that there are also multiple ways to apologize in Japanese. From the formal, moushiwake gozaimasen deshita (it was inexcusable), that you might use if you mess up badly at work, to the casual, gomen ne among friends, every situation calls for a different level of formality.

Sumimasen does double duty, being used in situations where an English ‘sorry’ or ‘excuse me’ would fit. It means ‘sorry for being a nuisance’ and it’s much more common than arigatou (thank you). For example, instead of being grateful that someone held the door, one would say sumimasen – in this instance meaning ‘sorry for making you hold that door open for me.’ 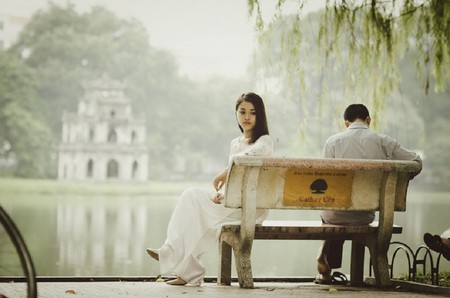 Bowing is a sign of respect and is common in many East Asian cultures, including Japan. Just like with language, there are different degrees of formality when it comes to bowing. In general, a bow accompanying an apology will last longer and be deeper than any other bow. A bow from company executives regarding a scandal will be a full ninety degrees, and last five seconds or more. 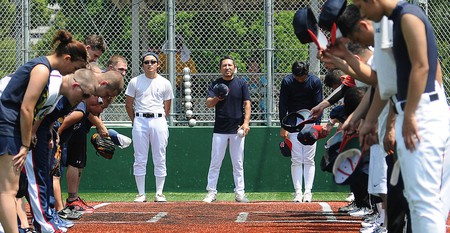 The Takata Airbag Scandal of 2015 resulted in millions of cars being recalled. The company is thought to be responsible for at least ten deaths as a result of the faulty equipment. The airbags were installed in over one hundred million cars from 2012 to 2015. The president, Shigehisa Tanaka, made waves by refusing to step down from office. In the same year, Toshiba‘s president publicly apologized after the company admitted to inflating profits on their infrastructure projects. Eight board members and Hisao Tanaka, CEO and president, resigned. This year, actress Atsuko Takahata apologized publicly on behalf of her son, who was accused of sexual assault. Just like upper management takes responsibility for the actions of the company, Mrs. Takahata accepted responsibility for the actions of her son. She explained that as his mother, it was only right that she should accept some of the blame for his behavior.