Study Shows Japan is Still the Nation that Sleeps the Least 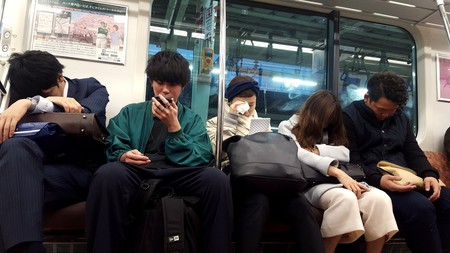 If you’ve ever caught public transport or hung out in a major café in Japan, you will have noticed that public sleeping is a nationally loved pastime. From commuters of all ages nodding off en-route to the office to salarymen slouched into their bellies, snoozing over their very necessary lunchtime cup of black coffee, many Japanese workers take a quick nap as a necessary part of everyday life. In fact, a recent study shows that Japan’s citizens sleep less than the rest of the world.

Sports paraphernalia manufacturers Polar Electro recently released a rather fascinating study compiled from data taken with their Polar A370 and Polar M430 fitness trackers used in 28 countries. The findings show that Japanese men and women sleep an average of six hours and 35 minutes each night, which is about 45 precious snoozing minutes less than the study average. 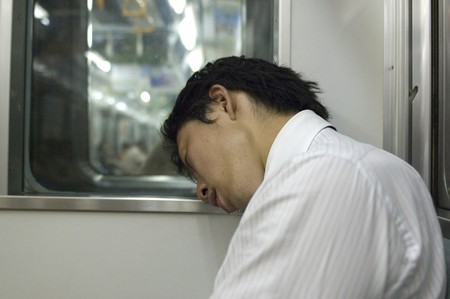 As a general rule, most nations get around seven hours of sleep per night, which makes Japan’s national average fairly shocking. There are a number of hypotheses on why the country is so sleep deprived, including the long working hours and long commutes. Traditional Japanese working culture also places a strong emphasis on compulsory social events where alcohol is typically consumed, which could also contribute to the sleeplessness. 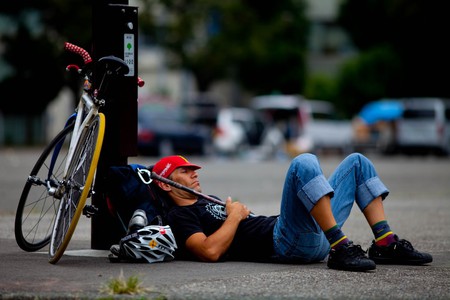 Although Japan might be a nation of under-sleepers, it’s not a country of early risers (especially in the cities). Much of the sleep loss occurs because Japanese people are going to bed much later than their international counterparts. Men in Hong Kong, Brazil, China and Spain were the only groups found to go to bed later than Japanese men. For women, only Hong Kong and Spain stay up later.

As this data was taken from fitness tracking devices, it’s fair to assume that it might be skewed toward the more fitness minded. However, the comparisons are still fascinating.