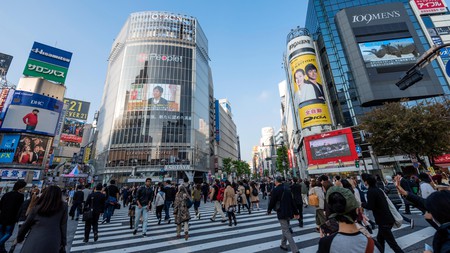 Get to know Japan from a distance through its literature, film and food | © Horizon Images/Motion / Alamy Stock Photo

As staying in becomes the new normal, Culture Trip invites you to indulge in a spot of cloud tourism. Experience the sights and sounds of a place – without even leaving your home. Next up on our virtual tour is Tokyo.

The global pandemic has disrupted travel plans the world over, not least for the millions of people due to visit Tokyo this summer for the 2020 Olympic Games. Alas, now that the games have been officially postponed, travelling to Tokyo has become nothing more than a pipe dream for many.

The next best thing to actually being in Tokyo is to experience the city from the comfort of your own home. Drawing on Culture Trip’s in-depth knowledge of people, places and culture, we invite you to hop on a virtual bullet train and immerse yourself in the sights, sounds and tastes of Japan’s neon-lit capital – without ever leaving your armchair.

It’s no secret that Tokyo has an unrivalled dining scene. There’s everything from indulgent omakase restaurants, where the chef traditionally chooses your dish for you, to no-frills yakitori bars and conveyor belt sushi; but perhaps the most well-loved local dish is ramen. Shops serving the humble noodle soup are ubiquitous across Tokyo, typically featuring an automated ordering machine and diners slurping down noodles around a central counter. Fortunately, ramen is pretty simple to make at home and lends itself to reinvention – whether you want a simple warming soup or prefer your noodles swimming in a fiery broth. To get really traditional, crack an egg into a side dish and dip your noodles in the yolk before you eat them. Trust us, it’s delicious. 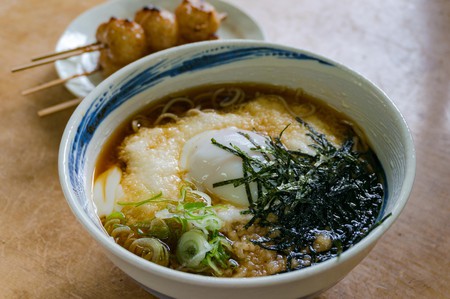 Now that you have your ramen ready, settle down for a stroll through the backstreets of Tokyo with this charming Japanese comedy. Our two out-of-luck protagonists – a broke student and a middle-aged debt collector – walk from the western edge of Tokyo to a police station at the heart of the city, where the debt collector plans to turn himself in for a crime. Along the way, we’re given a snapshot of modern Tokyo through its less familiar corners, offbeat characters and local eateries, as the pair discuss their lives and the changing face of the city.

One of the biggest events on the Japanese calendar is cherry blossom (sakura) season, where groups of friends, colleagues and families welcome the start of spring by throwing hanami (flower viewing) parties. In Tokyo’s green spaces, such as Ueno Park, Sumida Park and Yoyogi Park, you’ll see crowds of people chatting and drinking on blue tarps laid out in the shade of cherry blossom trees. To recreate a hanami party in your home, decorate with plenty of pink flowers, stock up on alcohol (bonus points for sake or Japanese beer), pack your own bento box lunch and gather your household for a spot of day drinking and socialising (over video call, if need be). Kanpai! 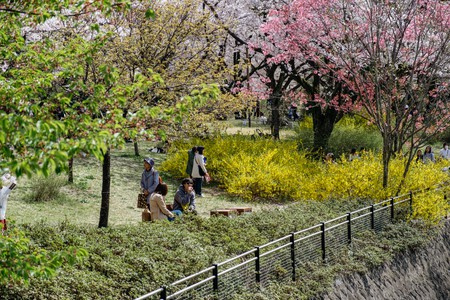 Art: The photography of Daido Moriyama

Iconic street photographer Daido Moriyama has been photographing Shinjuku, Tokyo’s nightlife district, for almost the entirety of his career. His work is characterised by grainy, black-and-white shots of crowded places, shopfronts and street corners, with faces often obscured by shadow, bodies blurred as they pass by. Together, these fleeting glimpses create a compelling portrait of Tokyo, one in which the everyday sights of the city – a stray dog, a woman texting, people disembarking the Tokyo Metro – take on an often sinister new meaning, or else an otherworldly form. By contrast, his later work is in full colour, and in turn captures the brighter disposition of Tokyo. These later shots are markedly in focus, people – though still not smiling – are softer, less confrontational, and the city’s sordid corners become slightly less spooky.

Spend a night in Tokyo’s neon-lit entertainment district with this whirlwind novella by Japan’s foremost contemporary writer. With the plot unfolding between midnight and dawn, and using rare, omniscient first-person plural narration, After Dark masterfully immerses you in the often bizarre world of late-night Tokyo. Murakami’s characters occupy Tokyo’s late-night restaurants and love hotels, illuminated streets and buzzing pachinko parlours. Scenes of striking ordinariness move effortlessly into the realm of the uncanny – a fitting reflection of what it’s like to experience the witching hours in downtown Tokyo. 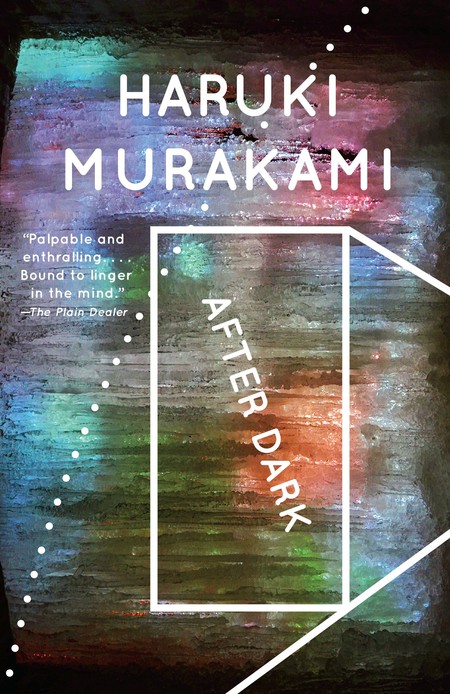 ‘After Dark’ by Haruki Murakami | | © Vintage
Give us feedback