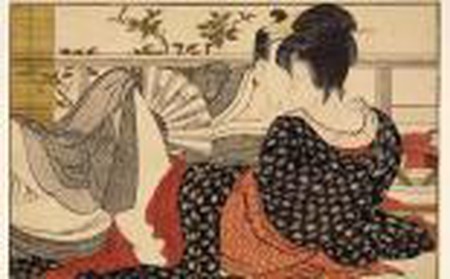 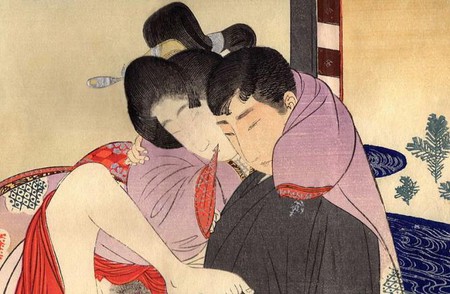 Intimate, ornate, humorous and highly provocative, Japanese shunga art has been censored in Japan for nearly a century. Although the taboo surrounding these significant objects is slowly being lifted, an unprecedented age limit was issued by the British Museum for its fall 2013 exhibition Shunga: Sex and Pleasure in Japanese Art. Children under the age of 16 were not admitted without accompaniment from an adult, and all were warned of potentially offensive material. The British Museum, which holds one of the largest collections of shunga art worldwide, is the first UK institution to hold an exhibition on the subject.

The genre is considered within the ukiyo-e tradition of image making, otherwise known as ‘pictures of the floating world’, in which artists used methods of painting and printmaking to depict scenes from history and theater in addition to episodes from the pleasure quarters. Most of the distinguished ukiyo-e artists such as Utamaro and Hokusai are known to have produced shunga, elevating it to the realm of high art. These works are thus revelatory of popular attitudes towards sex in the Japan during this period.

The height of shunga art coincided with a self imposed period of isolation for Japan. During this time, known as the Edo or Tokugawa period, the country experienced extensive economic growth accompanied by a strict social class system largely imposed by the Tokugawa shogunate, the feudal military leader. Meanwhile Japan’s detachment from the conservative opinions of Christianity and Islam allowed for the integration of sexuality and fine art. The shogunate, who sought to govern by strict Confucianist laws, made numerous efforts to halt the proliferation of these images, yet the private lives of citizens were difficult to control.

Officially banned in 1722, shunga publications continued to be printed, painters resisted censorship and libraries lending shunga books were never monitored. An urbanized Japan celebrated a culture of sexual pleasure, and despite rigid gender and class inequalities, these artworks promoted a positive view of sexuality for everyone. Although men were clearly the main consumers of shunga material, women were also recognized as key participants. A few examples seem to appeal more strongly to women than to men, and it was common at one time to give shunga to women as part of a marriage trousseau.

Shunga most often depicts sex between a man and a woman, frequently courtesans, who were seen as highly fashionable figures of the time. However the Edo period’s championing of sexual experimentation saw scenes of male and female homosexual encounters, orgiastic activity and even the introduction of animals in some instances. In one particularly bold image featured in the British Museum exhibition, a woman lays on her back as two octopi wrap their tentacles around her arms, legs and neck, holding her down while they attend to her body. 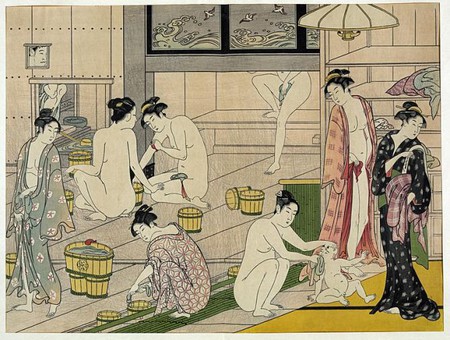 As Japan’s borders once again opened towards the latter half of the 19th century, these startlingly sexual images made their way into western consciousness. Renowned 20th century artists such as Henri de Toulouse- Lautrec, Pablo Picasso, John Singer Sargent and Aubrey Vincent Beardsley began to amass collections of these extraordinary works. The British Museum received its first shunga prints in 1865 as part of its George Will Collection, a hidden area of the museum which opened in the same year to display works that were considered obscene.

Roughly 170 paintings, prints and illustrated books were featured in Shunga: Sex and Pleasure in Japanese Art, which attempted to answer questions about shunga’s origins, how the images were manufactured and circulated and why. Firmly contextualizing Japanese shunga within the Edo period, the British Museum exposes the movement as unique to the pre-modern world in terms of subject matter, quality and quantity of works produced.

The exhibition ran from 3 October 2013 through 5 January 2014, and celebrated Japan400, a nationwide series of events in honor of 400 years of Japan-British relations.