The Top 10 Restaurants In Sapporo, Hokkaido 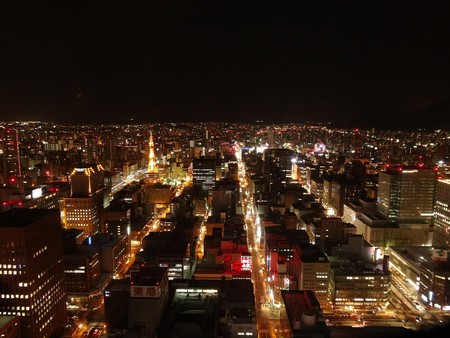 Sapporo has always been unique amongst Japan’s large commercial cities. Hokkaido was one of the first Japanese ports to open to the Western world and the whole Prefecture was only settled by the Japanese within the last century. The result of this international influence is that Sapporo is noticeably more modern than its neighboring counterparts, with Western influences making their mark on everything from architecture to cuisine.

Aji No Tokeidai is a Sapporo-based ramen franchise with locations across Japan. Sapporo itself is home to more than 20 branches, serving up warm, satisfying bowls of ramen at an affordable price. Miso ramen is a popular choice, but adventurous diners should try the bata-kon. A local speciality, bata-kon’s broth is made with two products that Hokkaido is best known for: corn and butter. This chain of restaurants is known for having served numerous celebrities over the years, including former Japanese Prime Minister Tomiichi Murayama. 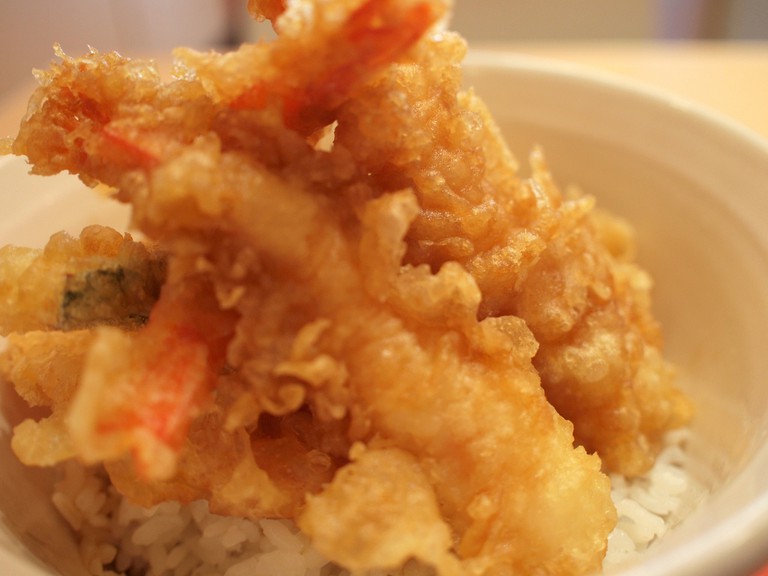 Ten-Don at Ebi-Ten | © Hisakazu Watanabe/Flickr
Open for more than 50 years, Ebi-Ten has cultivated a generation of loyal customers with its tempura dishes. If you’ve ever sampled Japanese food, you’ve probably tried this dish, consisting of battered and deep-fried seafood or vegetables. The menu includes tempura dishes made with everything from shrimp to asparagus. The dish is served with a dipping sauce called ‘tentsuyu’. Be sure to try the restaurant’s specialty ‘curry ebitendon’, which consists of shrimp tempura served over rice and topped with Japanese curry. The restaurant’s interior has remained virtually unchanged from when it was first opened in 1963, with seating offered at the counter, at tables, or in tatami rooms with low tables.

Jingisukan Daruma Rokuyon is a popular chain of restaurants specializing in jingisukan, which consists of grilled mutton and vegetables. The tender lamb and vegetables are served with a special jingisukan sauce and grilled on an iron plate at the table. The restaurant’s atmosphere is casual and the menu simple, with most diners coming for this Hokkaido specialty. The drinks menu is extensive and includes dai joki (mega sized) draft beers which are perfect for washing down the hearty fare. After the meal, diners are served hot tea to mix with the remainder of their jingisukan sauce, a combination that sounds unusual but is strangely delicious.

Restaurant, Japanese, Seafood, Asian, $$$
Facebook
Email
Twitter
Pinterest
Copy link
Share
Map View
Kani-Honke specializes in crab which is served boiled, baked, raw, steamed and almost every other way imaginable. Open for the more than 50 years, the restaurant serves set courses in the style of Japan’s haute cuisine, kaiseki ryōri. Various types of crab are available depending on the season, with the menu typically including king crab, snow crab and hairy crab. English menus with plenty of pictures make it easy for non-Japanese diners to choose a set. The restaurant’s interior is as traditional as the serving style, with tatami mats, indoor gardens and plenty of wood features.

Mikuni is one of the best places in Sapporo to go for fine-dining, offering a menu of French-inspired cuisine. The restaurant’s slogan is ‘Cuisine Naturelle’, reflecting its dedication to creating French dishes using local, seasonal ingredients. Set menus are offered for lunch and dinner, rotating monthly based on whatever is in season. Set on the 35th-floor of the JR Tower Hotel, the restaurant offers striking views over Sapporo. The interior is elegant yet welcoming, accented with local Makaba wood. Appropriate for what is arguably the city’s top French restaurant, Mikuni also boasts one of the area’s most extensive wine cellars.

Picchu serves upscale Italian food, prepared using superb Japanese ingredients and culinary flair. This unassuming restaurant can be challenging to find, with a small interior that only has room for twelve customers along the bar. The bar-only seating gives diners the opportunity to watch the restaurant’s talented chef prepare their meals in his characteristically quiet, attentive manner. The staff speak very little English, so it’s best to opt for the ‘omakase’ (chef’s recommendation). Expect dishes like house-made crab sausage served in a crab reduction and fresh pasta topped with tomato-horseradish sauce.

Rāmen Kyōwakoku is a street of eight different ramen shops, which collectively cook up Northern Japan’s four famous types of ramen. Go for Hakodate’s salt-flavored; Asahikawa soy sauce-flavored type; Kushiro’s thin, curly noodles; or stick with local Sapporo ramen topped with sweet corn, butter, bean sprouts, and often seafood. Located on the on the 10th floor of the ESTA building, the strip of shops have been decorated to resemble a post-war neighborhood in Sapporo. Most shops have large pictures of their menus outside, making it easy to choose your favorite spot.

Restaurant, Pub, Japanese, BBQ, Pub Grub, Wine, Beer, $$$
Facebook
Email
Twitter
Pinterest
Copy link
Share
Map View
Sapporo Beer Garden serves up cold mugs of the city’s eponymous beer alongside hearty plates of meat. Most diners opt for the restaurant’s popular all-you-can-eat special. Plates of mutton and lamb, along with different kinds of vegetables, such as bean-sprouts and carrots, are brought to the table, plus a small grill to cook it all. Diners can choose to have the meat served plain or rubbed in the restaurant’s signature sauce. The no-nonsense dinner is completed by the restaurant’s beer hall-style décor, set within a historic red brick building.

Soup curry is one of Sapporo’s many signature dishes, a liquid kind of Japanese curry served with a choice of meat and plenty of vegetables. This warm, comfort-food dish is particularly popular during Sapporo’s icy winters. Soup Curry Hirihiri is a popular Sapporo-based chain of restaurants that specializes in this satisfying dish. ‘Hirihiri’ is a Japanese word that describes the tingling sensation felt on the tongue when a person eats spicy food. Fortunately, the restaurant allows diners to choose the level of spice in their soup, making it ideal for guests of all tastes.

Sapporo is well-known for its fresh fish and therefore no trip to this city would be complete without trying some local sushi. Few places in the city showcase the high-quality of Sapporo’s fish quite like Sushi Tanabe. The restaurant’s traditional interior consists of two tables and a dozen seats around the counter, where diners can watch the sushi chefs prepare their plates. For many diners, watching these talented chefs at work is equally as exciting as actually trying the completed sushi. The menu offers a choice of several set meals, which includes an appetizer, three pieces of sashimi, a grilled dish, miso soup, dessert and varying amount of sushi.