Salmon Culture in Murakami: The Revival of an Ancient Tradition 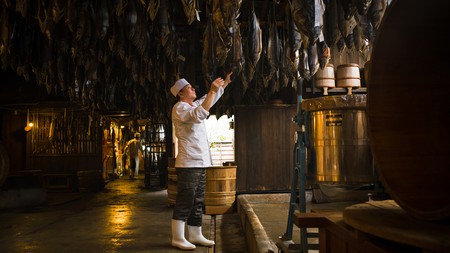 In Murakami, salmon is believed to be a gift of the gods | © Kentaro Takahashi / Culture Trip

During the Edo period, Murakami samurai dictated the way in which salmon should be cut and eaten, and over time the city developed myriad salmon recipes. Shinji Kikkawa has spent his life promoting the ancient salmon-eating customs of Murakami City, and his father was central to their revival.

Greg Goodmacher met Shinji Kikkawa at his shop Sennenzake Kikkawa in Murakami City, Niigata Prefecture, to talk about his family’s part in the revival of the city’s salmon-eating customs. Kikkawa, who wore loose-fitting, traditional indigo working clothes for the interview, explained that Murakami salmon has two main characteristics. Firstly, there’s the belief in Murakami that salmon was a gift of the gods, and therefore a value is placed on eating all parts of the fish. The second is the geography of Murakami: northern winds blow off the sea, and the slight inland position of its old town makes it perfect for preserving salmon by fermentation and air-drying. Winds coming directly off the sea would be too fierce, while deeper inland, the air becomes too humid. 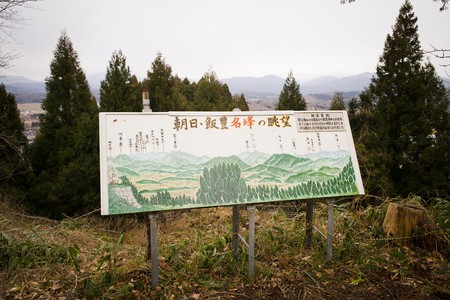 But there was a time when Murakami’s salmon was under threat. Salmon had been a staple in Murakami for centuries when, in the 18th century, overfishing and habitat destruction depleted the salmon population. Samurai Buheiji Aoto (1713–1788), who is now a local hero, studied the salmon, and came to the realisation that salmon lay their eggs in the river of their birth, and that they require an unpolluted river habitat with gravel for spawning.

Aoto proposed that salmon fishing be banned temporarily and suggested that the people of Murakami should create a section of the river with perfect spawning conditions. The plan was a risk – it required years of labour and tremendous amounts of money with no guarantee of success. Failure would probably lead to Aoto’s lord commanding him to commit ritual suicide by disembowelment. 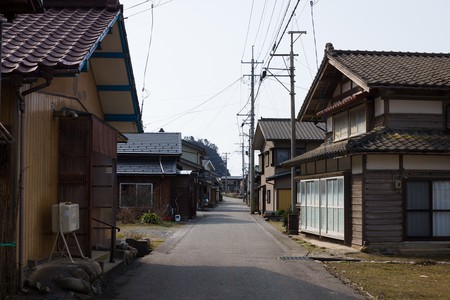 Luckily, the salmon population increased dramatically, and Murakami prospered. For generations, nearly every household in the city preserved its own fish, and Aoto’s foresight caused salmon to be even more appreciated.

However, Kikkawa explains that the importance of salmon in Murakami was threatened after World War II, when Japanese people began to feel ashamed of their own culture, and favoured Western customs. At this time, instant foods, chemical flavourings and preservatives became popular. 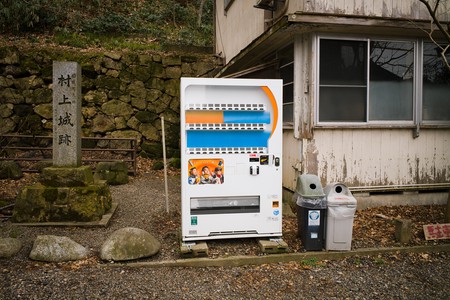 Kikkawa recounts that his father, Tessho Kikkawa, fought against this trend, as he “wanted to preserve Murakami salmon culture. He did not want people to lose the identity of Murakami.” In order to protect Murakami’s salmon tradition, he dreamed up a new business. His plan was to sell Murakami-style salmon and salmon dishes. But the town was critical of the idea, so much so that local bankers refused to loan him start-up funds. 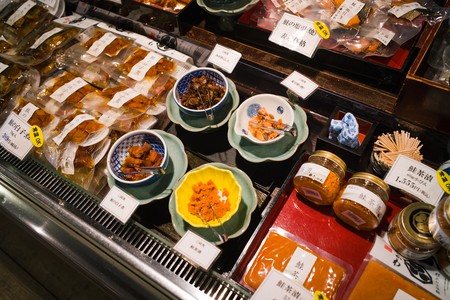 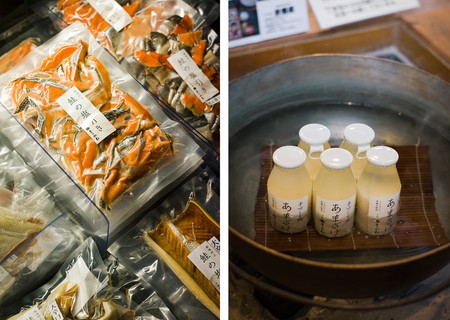 In the 18th century, Murakami’s salmon population was under threat due to overfishing and habitat destruction | | © Kentaro Takahashi / Culture Trip

Kikkawa senior loved educating visitors about salmon and local cuisine. Just by looking at the skin of a salmon, he could tell how far up the river it had been caught. A charismatic character, soon enough he attracted coverage from national television, radio and magazines. He and his wife even appeared in TV commercials and articles in their old-style shop. 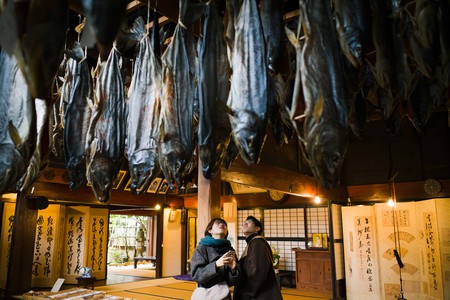 For generations, nearly every household in the city preserved its own fish | | © Kentaro Takahashi / Culture Trip

At his shop, Kikkawa senior taught guests about ancient Murakami customs. During the Edo period, Murakami samurai forbid chefs from cutting the bellies of Murakami-fished salmon from end to end. It reminded them of hara-kiri, or ritual suicide by disembowelment. Rules also designated which parts of the salmon family members would usually eat. The best went to the husband, followed by the eldest son, the second son and, finally, the female family members.

Kikkawa took over the family business in 2015. On the first floor of his childhood home, a 130-year-old wooden building, are old photographs, ancient Japanese folding screens and scrolls displaying calligraphy and images from mythology. The ground floor houses a shop selling salmon products, a room for cutting and salting, and a drying and fermenting room. 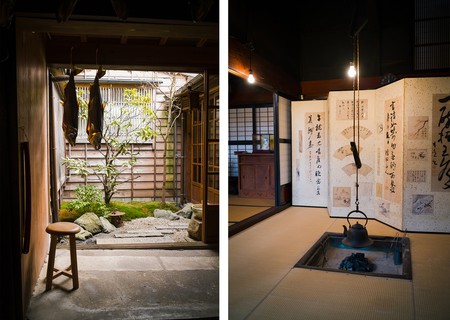 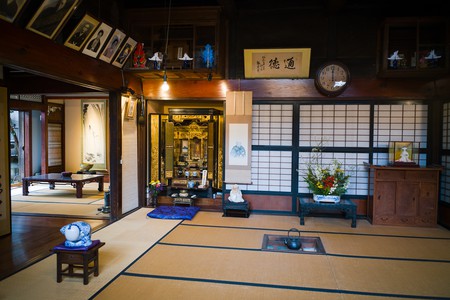 Each year, when chum salmon (a Pacific salmon) from the ocean return to their natal Miomote River, they are fished and then Kikkawa’s workers remove the eggs and organs, and scrub the fish with handfuls of coarse white salt. Then, they pack that salmon into wooden barrels to start the fermentation process. 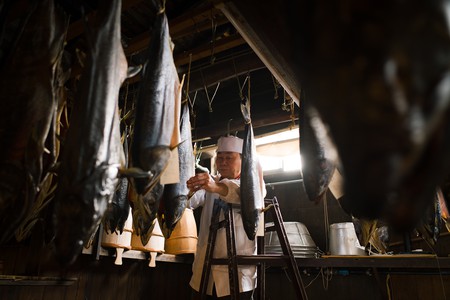 Today, some people still hang salmon from their houses’ eaves or ceilings in Murakami. Salmon preserved this way is shiobiki, and it’s traditional for the city’s residents to eat it on New Year’s Eve. Kikkawa says, “If we don’t eat shiobiki, we don’t feel it is the New Year.”

Kikkawa reminisces about a childhood that was deeply involved in the family’s salmon operation. He recalls complaining about being cold and demanding that his father close the doors. In response, his father shouted, “You must know salmon is number one. You are number two. Wear more clothes.” Kikkawa confesses to saying the same to his daughter. 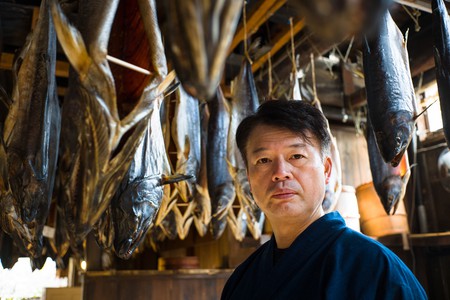 Three years ago, Kikkawa expanded the business and converted a historic Murakami building into his traditional salmon restaurant, Izutsu. The structure was once a hotel where haiku poet Basho stayed.

At his restaurant, Kikkawa serves traditional Murakami salmon delicacies, including every part of the fish: creamy testes, crunchy heart, tender liver, chewy skin, pasty kidneys, savoury minced head, simmered bones and more. One dish, sakenokiso, a two-year-old fermented salmon dish that was originally served to emperors, is made from a recipe that is over 1,000 years old. Izutsu is the only restaurant in the world that serves sakenokiso. 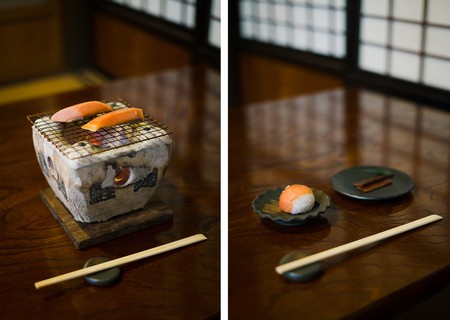 At his restaurant, Kikkawa serves traditional Murakami salmon delicacies, including every part of the fish | | © Kentaro Takahashi / Culture Trip 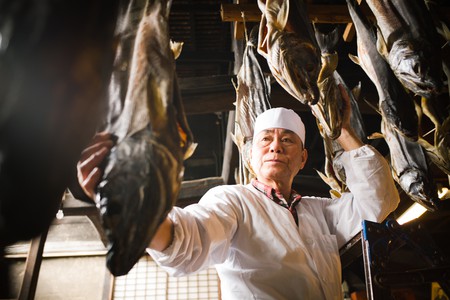 Kikkawa wants to develop new foods at Izutsu while respecting the “identity of Murakami salmon culture”. This means using only natural ingredients and not wasting any parts of the fish. The result is Murakami-style French bisque, potage and prosciutto that he cooks with the flesh between bones, pieces that many salmon cooks discard. One of the salmon lunch courses at Izutsu restaurant includes 30 different salmon delicacies.

Izutsu and Sennenzake Kikkawa stand on the same street as other old-style two-storey wooden shops. Around 20 years ago, city officials wanted to renew that section of Murakami with modern construction. To avoid this, Kikkawa worked with volunteers to beautify their community, which preserved much of its former charm. They covered cracked concrete walls with old-looking lattice wooden fences, and a laundromat concealed its modern facade with aged wood.

Numerous families in the neighbourhood have resided in the same homes for hundreds of years. The Kikkawas also encouraged their neighbours to display their gardens, ancient dolls and folding screen collections to the public. This helped attract tourism to Murakami, and benefited small local businesses. 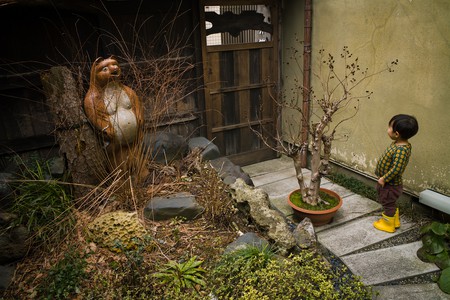 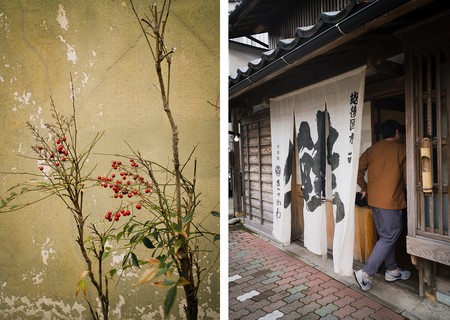 Kikkawa worked with volunteers to beautify their community, which already preserved much of its former charm | | © Kentaro Takahashi / Culture Trip

Today, people from all over Japan come to Murakami to tour the preserved traditional district, eat salmon and take salmon home. Because of Kikkawa senior and his son, city officials and tourist organisations now promote Murakami’s salmon culture. Numerous hotels and other businesses display salmon hanging from the outside eaves. Now that thousands of people visit Murakami to taste its salmon and purchase local goods, the city is able to support the preservation of the old town.

Outside Sennenzake, a few salmon hang from the eaves, a wooden wheel from an ancient cart leans against the wall, and a traditional curtain with kanjis representing the shop’s name flutters in the wind. Sennenzake stands as a culinary link of the past and the present, and is symbolic of the success of Kikkawa and his father’s efforts to maintain a historic cuisine that was destined to be forgotten by future generations. 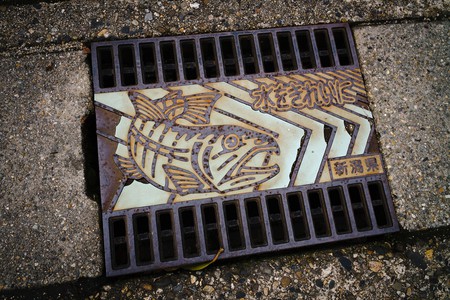