Sakenojin: A Tasting Party in Niigata That Celebrates Japan’s Love of Sake 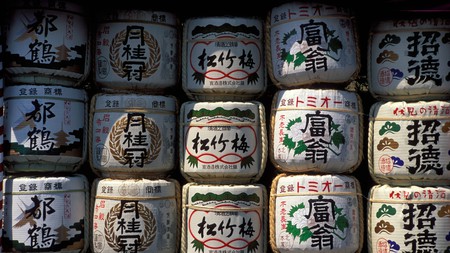 During Sakenojin, people from across Japan come to Niigata to celebrate their love of sake over two days of festivities. Note: The 2020 Sakenojin event was cancelled due to concerns about the spread of coronavirus.

Inspired by Germany’s internationally famous Oktoberfest, sake brewers created Sakenojin, Japan’s premier tasting party for its national drink – sake. Held each year in Niigata, which many Japanese recognize as the birthplace of the world’s best sakes, this event is an unforgettable (unless you drink too much) introduction to the pride of Niigata.

The release of the new sakes in spring becomes a joyous celebration that almost always takes place in March.

Sake culture constitutes a significant part of the locals’ heritage – and their bloodstream. The “people of Niigata drink more sake than anywhere else in Japan,” says Shuichi Mizuma, director of the Niigata Sake Brewers Association. Government statistics back up his statement. The average Niigata adult drinks 11.3 litres (3 gallons) of sake each year, whereas the national average is 5.1 litres (1.35 gallons). 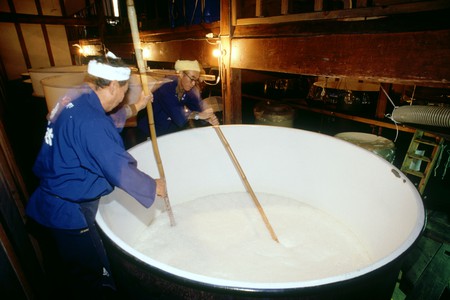 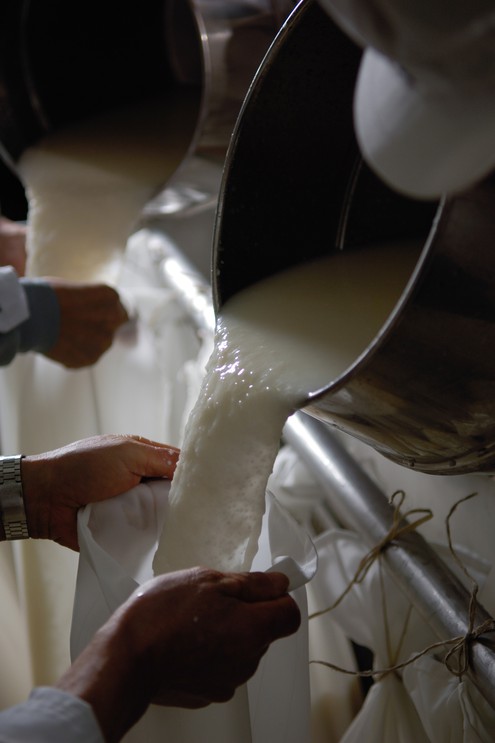 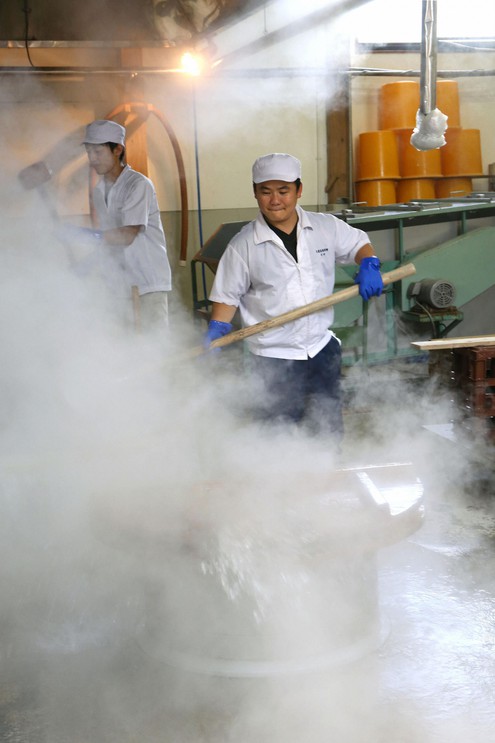 It is often said that sake is brewed like beer, but drunk like wine © Pacific Press Service / Alamy Stock PhotoSake is made by fermenting rice that has been polished to remove the bran © Ryouchin / Getty ImagesThe sake brewers of Niigata are among the country's finest © Newscom / Alamy Stock Photo

Approaching the doors leading into Sakenojin, you’ll sense the vibrations of Japanese drumming and hear the opening of wooden sake barrels, the clinking of glasses and hundreds of sake company staff imploring visitors to “taste my sake”.

The aromas of fresh sake and the mouthwatering smells of sizzling Murakami beef, yakitori and oysters, as well as local sashimi and other local dishes, waft around the hall. Senses stimulated by this epicurean environment, most people want to dive into sake and food tasting.

Kikusui Sake Brewery President Daisuke Takasawa says that he usually serves five to ten varieties each year. Multiply that by 81 breweries. There are more brands to experience than is humanly possible. Be prepared for a choice of approximately 500.

Sakenojin has two sections: Sakagurakaijo and Izakayakaijo. Sakagurakaijo is where the tasting takes place. Attendees 20 and older can enter. Admission, which includes 20 drinking tickets, costs ¥2,000 (£15) if purchased in advance and ¥2,500 (£18.60) during Sakenojin. Access to family-friendly Izakayakaijo is free. Both areas provide food, tables, chairs and performances. Adults can also purchase bottles of sake and drink them in the Izakayakaijo. 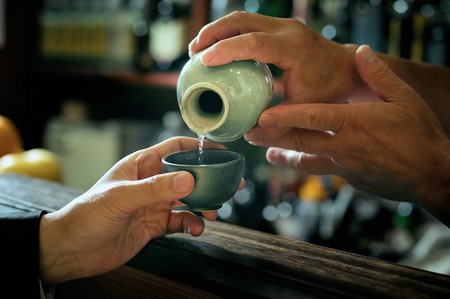 Challenge your taste buds’ abilities to recognize sake. Organisers place various unlabelled sake on one side of a table. The same varieties are placed randomly on the other side. The challenge is to sample and match the sake. The ringing of bells, vigorous clapping and, naturally, bottles of sake rewards tasters blessed with talented tongues and noses. Attendees receive a schedule and floor map. Look for the area dedicated to kikizake. Or just approach someone and ask, “Kikizake wa doko desu ka?” Someone will point you in the right direction. 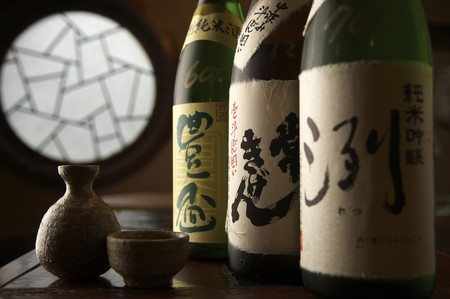 Why is Niigata sake renowned across Japan?

If you ask a Japanese to name famous sakes, you’ll likely hear Koshi no kanbai, Hakkaisan and Kikusui, all names of Niigata sake breweries.

Although Niigata sake’s ingredients are few – high-quality sake rice, pristine water from the mountains, a sake mold called kojiand yeast – the alchemy of producing sake requires focus, tradition and science. This is true across Japan, but the Niigata prefectural government provides more support than many other prefectures to maintain and support these three essential elements.

Most Niigata breweries are microbreweries focusing on small quantities of high-quality sake that connoisseurs seek. Many of these artisanal sake are rare outside of the prefecture. Though Niigata has more breweries than any other prefecture in Japan, those breweries produce only 8% of Japan’s sake. Mass production takes place elsewhere.

Sake is more than an alcoholic beverage to the locals. John Hessian, an American who lived in Niigata for eight years, recalls the president of a sake brewery telling him, “We get sake from the gods.” Visit almost any temple or shrine in Japan, and you’ll see displays of sake. Brides and grooms sip sake during Shinto weddings. Sake is a symbol of purification. Located far from cosmopolitan Tokyo and other major cities, old customs still run strongly in Niigata.

Niigata is Japan’s premier location for the study of sake. Niigata University opened a Sakeology Center that, the Niigata Sake Book explains, covers “everything from rice to brewing, distribution, health effects and even the beverage’s cultural and historical background”. Niigata is also home to the Niigata Prefectural Sake Research Institute. Researchers continue to develop new strains of rice and koji molds special to Niigata. 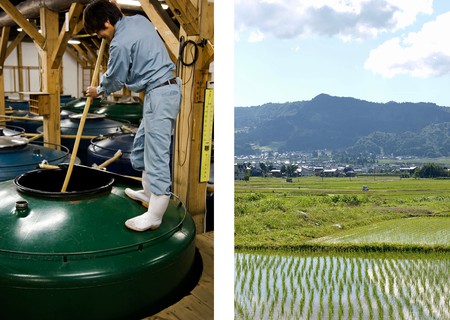 Head from Niigata Train Station by foot, bus or taxi to the Toki Messe Convention Center. Walking takes about 20 minutes. Returning, depending on consumption, takes longer.

Avoid going in the morning to avoid lines. Arrive around noon. Drink slowly and also drink water. Feast on Niigata’s delicacies. Popular dishes you should try are Tochio-no-aburaage (a tofu dish), sasa dango (rice cake flavored with mugwort and sweet red bean paste wrapped in sasa bamboo leaves), noppe (a traditional stew made with ingredients from the mountains and the sea) and poppo-yaki (a stick-like cake made with black sugar). Know your limits – or you won’t remember this unforgettable experience. If you haven’t had enough, drop into the Ponshukan Sake Museum. It is inside Niigata Station. 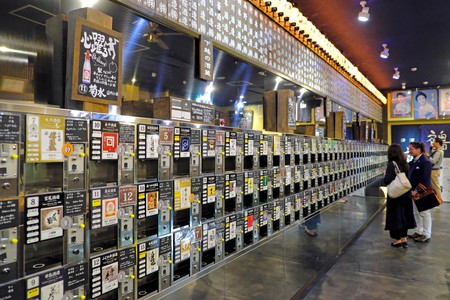 Ponshukan Sake Museum includes what is essentially a vending machine for small measures of sake, to be drunk there and then | © Wibowo Rusli / Alamy Stock Photo
Give us feedback