Rituals, Festivals and Celebrations of the Indigenous Ainu of Japan 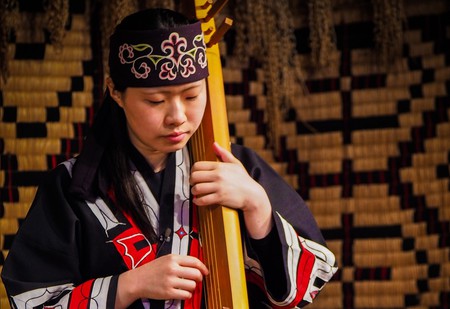 Japan’s indigenous Ainu have a culture rich in history and tradition. Oppressed and discriminated against for centuries, today their culture is remembered and recreated at cultural centers and lives on in the hearts of the Ainu peoples living in Hokkaido and Northern Japan.

The Ainu are a population indigenous to northern Japan. Their origins are unclear, but they’re believed to be descended from the Jomon of prehistoric Japan and early nomadic peoples of North Asia, with native Okinawans as their closest genetic relatives. Like many indigenous populations, the Ainu were mistreated and discriminated against for centuries, but now there is a surge in interest in helping to revive their culture.

Less than 25,000 Ainu are estimated to live in Hokkaido today, while others are scattered throughout Japan, Russia and other neighboring countries. 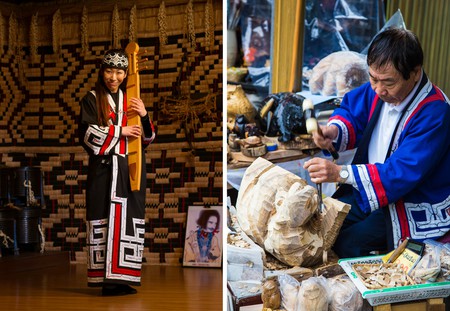 Dances were traditionally performed both for entertainment and ceremonial purposes. Many of the dances are intended to emulate the movements of nature and help the Ainu commune with the kamuy or kamui, the divine beings that inhabit the earth. The ancient Ainu dances are Important Intangible Cultural Properties in Japan, as well as part of UNESCO’s Intangible Cultural Heritages.

Iomante, known as the Bear Sendoff (kumaokuri) or Bear Festival (kumamatsuri) in Japanese, is the spiritual release of a captive bear’s spirit. The animal was often raised from a cub and sacrificed in a way that would be considered inhumane by today’s standards. To the Ainu, bears were sacred animals. Therefore, the sacrificial bear was considered a gift of food, fur and bone from Kim-un Kamuy, the god of bears, and through sacrifice the bear’s spirit is able to depart for The Land of the Gods (Kamuy Mosir). 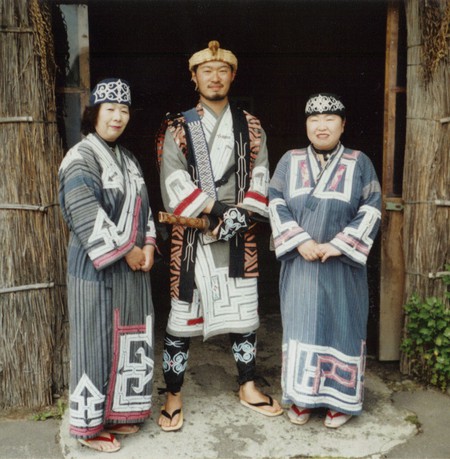 Unlike in modern Japan, tattoos were not considered the mark of a delinquent. Female Ainu began getting their tattoos as early as ten years old. This included highly visible markings on the face and hands. The marks were purposely enlarged as the girl aged, until around the age of 16. Then the tattoos were a symbol of marriageability.

The Kotan-nomi is a modern recreation of a traditional Ainu ceremony, in which the participants pray for good fortune of their home and village. Today, kotan-nomi are held in June at the Sapporo Pirka Kotan, an Ainu culture center. Attendees can attend the ceremony, hear traditional Ainu music and witness a Circle Dance. 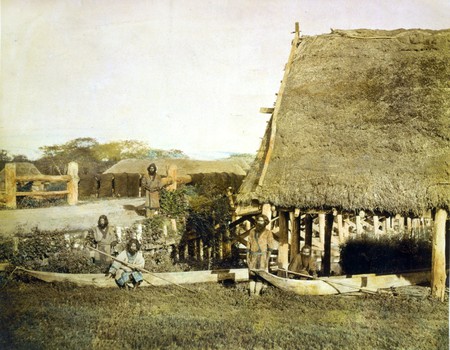 Ainu men with boats | © Everett Historical / Shutterstock
Give us feedback