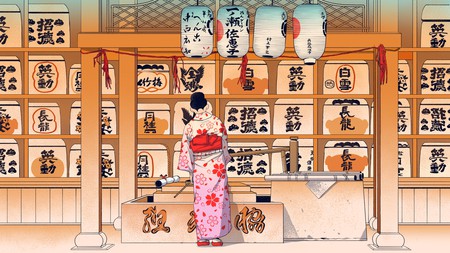 You won’t need any convincing to visit the bright, buzzing metropolis that is Tokyo, the epicentre of Japanese food, fashion and late-night fun. Here are 11 reasons to make 2019 the year you visit Tokyo.

With its two international airports, Tokyo is usually the first and last stop on every traveller’s trip to Japan, but the city deserves much more than a quick, jet-lagged pitstop. It’s a distillation of the best and worst the country has to offer – clean, safe and convenient, but also crowded, expensive and conformist (just squeeze onto a rush-hour train if you don’t believe us).

It’s also endlessly varied, with wooden buildings sitting next to modern towers forged out of glass and steel, and haute cuisine restaurants alongside shacks that have been serving the same three noodle dishes for generations. Whether you’re interested in food, art, sports, architecture, nightlife or fashion, you’re sure to find Tokyo fascinating.

1. For the best and strangest museums

Tokyo may well have the weirdest (and often most wonderful) museums of any city in the world. On the fifth floor of a nondescript building Nihonbashi you can visit the tiny Kite Museum, filled from floor to ceiling with traditional kites, some dating all the way back to the Edo period. Or maybe Meguro’s Parasitological Museum will pique your interest, with its grisly examples of a range of parasites. Thankfully, most of them aren’t common anymore, but if you do want to take a parasite home with you, you can buy one preserved in a keyring.

Further out in Mitaka is the Ghibli Museum, where you can view a short film in a tiny cinema, wander through recreations of animator Miyazaki Hayao’s office and hang out with a giant robot creature on the ceiling. Even if you’re not a Miyazaki fan, you’ll be swept up in the magic of this museum, which has intriguing oddities in every corner such as kaleidoscopes, ink bottles, and sketches of strange creatures peeking out from piles of books. Then there’s the Love Doll Museum, but we’ll leave you to find out about that one by yourself. 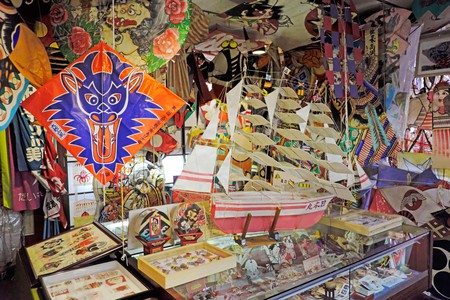 2. To see the world’s most unforgettable public transport system

From white-gloved attendants politely but firmly squashing commuters into trains to stationmaster cats with their own hats, Japan’s public transport brings the internet joy and confusion in equal measure – but nothing compares to experiencing it yourself.

Platform markings show exactly where the doors will open, lightning-fast shinkansen cleaning crews spruce up the carriages in a flash and friendly, helpful staff go out of their way to give you advice. You’ll almost certainly get lost in the maze of lines zigzagging across the city, or in the labyrinthine Tokyo station, but that’s all part of the fun. Do avoid Shinjuku Station at rush hour though – it’s the world’s busiest, with over 3.5 million people passing through it every day. 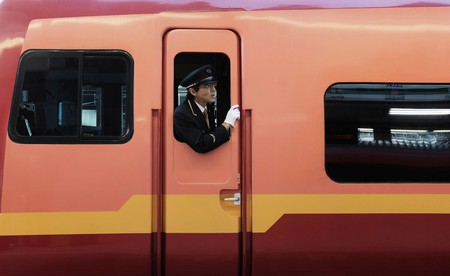 Three of the six major sumo tournaments (honbasho) of the year are held in Tokyo, so you’ve got more chance of seeing these giants clashing here than in any other city in Japan.

Head (with your pre-booked tickets) to the huge sumo hall in Ryogoku early in the day. It’ll be fairly empty as the smaller matches take place, so you can sneak down nearer the ring to watch. As the day progresses and the enormous hall fills, the clashes get shorter, the build-up longer and the fighters bigger.

By the time you reach the highest levels of the sport, the crowd is in a frenzy. Minutes of stamping, salt-throwing and intimidation between the wrestlers ratchets up the tension, until finally, they fight – and, usually within a few seconds, one will emerge victorious. 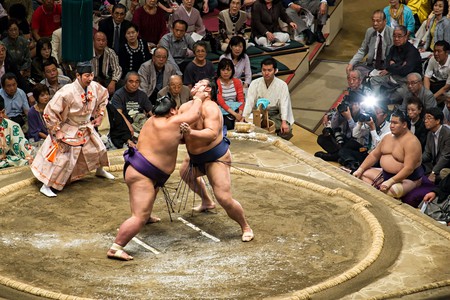 4. Because it’s the most diverse place in Japan

Japan is a very homogenous country, for better or worse. But in cosmopolitan Tokyo (and Yokohama, which bleeds into the same metropolitan area) you’ll have plenty of chance to see other cultures mixed in with Japanese.

Check out Shin-Okubo for a slice of Seoul in Tokyo – it’s worth the trip if only for the street food, like warm hottoku (hotteok in Korean) pancakes filled with melting brown sugar and cinnamon. Or head to Nishi Kaisai if you’re after a proper Indian curry; the Japanese version (kare raisu) is delicious, but as they got the original recipe from the Brits, it’s hardly authentic. A short trip away, in Yokohama, is Japan’s biggest Chinatown, which you should visit for the steamed buns alone.

Beyond these enclaves, the whole city is much more diverse than the rest of the country. From British-style pubs to Jamaican-themed cafés, you’ll find endless, fascinating mixes of Japanese and foreign cultures here. 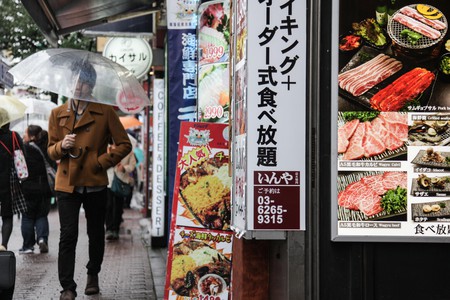 It hardly sounds groundbreaking that a capital city would be the country’s focus for fashion and design, but Tokyo really outdoes itself. The clothes, the interior design, the music and even the Instagrammable foods are all so cutting edge they’re often just baffling.

There are more fashionable districts to inspire and confuse than you could fit into one trip. Harajuku is the epicentre of kawaii fashion, and hundreds of other subcultures; Shinjuku is home to Bunka Fashion College; Koenji is a live-music hub, especially for punk and grunge; and Shimokitazawa is all about the independent, alternative and vintage. You’ll be sure to leave Tokyo with a raft of new ideas. 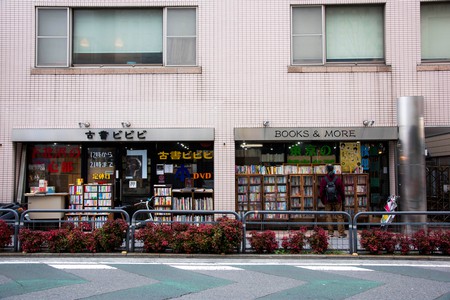 Shimokitazawa is all about the independent, alternative and vintage | © EDU Vision / Alamy Stock Photo

With more Michelin stars than any other city in the world, it’s no surprise that fine dining in Tokyo is superb. But you’ll eat well on even the thinnest of shoestrings – even some of the Michelin options are relatively affordable, like the lunch sets at Ginza Ibuki and Shinjuku Kappo Nakajima. In fact, it’s hard to eat badly in Tokyo, and from world-class sushi chefs to street stalls selling only two types of ramen, you’ll find endless tiny, highly specialised places to eat.

The street food is a great starting point, as you can try so many dishes for so little, and Tokyo has several streets known for their food stalls and hole-in-the-wall eateries. Head to Omoide Yokocho for a bustling street-food utopia; Togoshi Ginza Shotengai for crispy croquettes (extremely popular and varied in Japan, and called korokke); Nakamise Dori in Asakusa for traditional tastes like mochi and dango; and Takeshita Dori in Harajuku for the most toe-curlingly sweet, Instagram-friendly crêpes and ice creams. 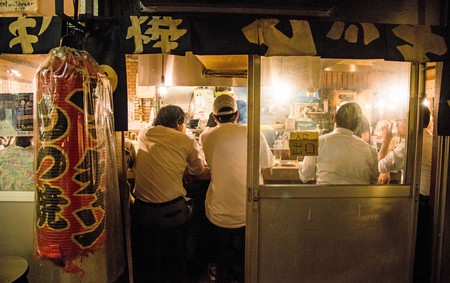 7. …and drink even better

As with food, so with drink – you’ll find the perfect spot in Tokyo, whether you’re a fan of beer, whisky, wine, sake or cocktails, or just really good bars. From audiophile venues with legendary sound systems to secret rooftop cocktail bars and the tiny, densely packed bars of Golden Gai, you’re sure to find somewhere memorable to drink. Alternatively, just grab one from the ubiquitous vending machines – you’ll easily find one selling sake, chuhai (a popular mixed drink based on shochu or vodka) or beer. It’s not as glamorous, but picking up a can of something, sitting on the beach at Odaiba and gazing up at the illuminated Rainbow Bridge makes for a pretty great evening. 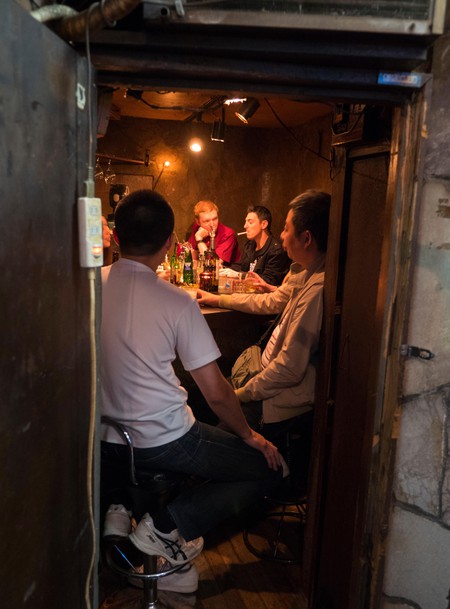 8. To see the ancient and the modern in one afternoon

Tokyo is famous for being a city of the future, with its skyscrapers, bullet trains, Electric Town (Akihabara) and even a robot restaurant. But in a country as traditional as Japan, it’s not surprising that there’s plenty of old alongside the new.

Sometimes, the startlingly new and deeply traditional are right next to each other. The pastel colours and Lolita fashions of Harajuku are squeezed up against the expansive grounds of Meiji Jingu, where the spirits of the late Emperor Meiji and his wife are enshrined. And in Bunkyo, the metal-and-concrete edifice of St Mary’s Cathedral is just across the road from the oasis of Chinzanso garden, which features a thousand-year-old pagoda.

The juxtaposition of old and new in Tokyo extends to art, too. The National Museum of Modern Art sits right next to the treasures of the Imperial Palace, while the Nezu Museum’s collection of pre-modern art is housed in a stunning Kengo Kuma-designed building. 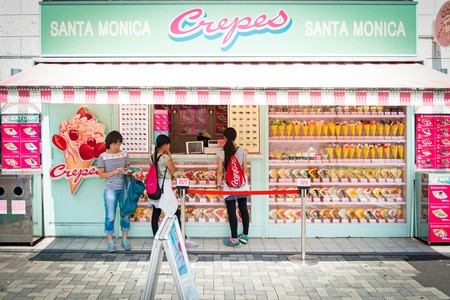 9. For the LGBTQ scene

While a few other cities have small LGBTQ scenes, Tokyo is Japan’s undisputed centre in this respect. Shinjuku Nichome is where you’ll find the highest concentration of gay bars and clubs, but there are friendly places dotted throughout the city. Arty Farty is probably the most well-known gay bar (and very foreigner-friendly), while Dorobune is one of the few aimed mostly at women, and CoCoLo Café makes a great, mixed daytime hangout.

If you’re in the city in springtime, you might catch the Rainbow Pride parade, while in summer there’s Rainbow Reel film festival. 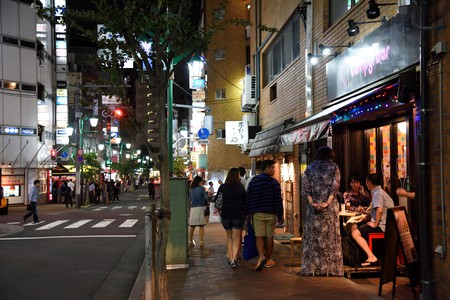 10. For cool finds in unexpected places

One of the quirks of a high-density, high-rise city like Tokyo is that the fun isn’t kept to street level. Often, you’ll follow a map somewhere, arrive at what you think is the right place, and find yourself staring at an apparently unconnected business. Don’t worry: look up, and you’ll probably see it signposted in between five other advertising boards.

This can be intimidating at first, but you’ll quickly learn that the best food, the fanciest boutiques and the coolest venues are all a few floors up. It’s worth looking down, too – Japan’s department store (depaato) food halls are legendary for their free samples, and they’re almost always in the basement.

Similarly, you may want to arrive an hour early for your train; most of the bigger stations have warrens of shops and restaurants below street level, selling everything from elaborately packaged fresh fruit to hand-carved combs and chopsticks. 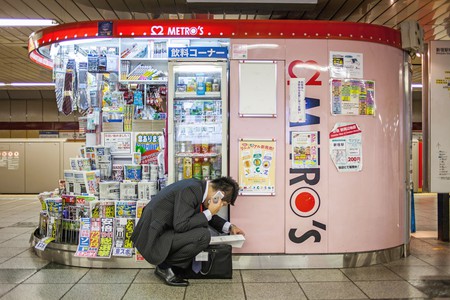 11. To marvel at the world’s biggest city

Tokyo has the largest population of any city in the world. It certainly seems that way when you’re there, and the sheer number of people can be a little overwhelming in Shinjuku or Shibuya.

The best places to catch your breath and admire the splendour of this huge metropolis are above you. You could head to the observation deck of the iconic Tokyo Tower or aim even higher and visit Tokyo Skytree’s Tembo Deck or Tembo Galleria. The most luxurious spot, though, must surely be the Park Hyatt’s 52nd-floor New York Bar. There’s nowhere better to sip a drink, listen to jazz and watch the city lights stretching away to the horizon. 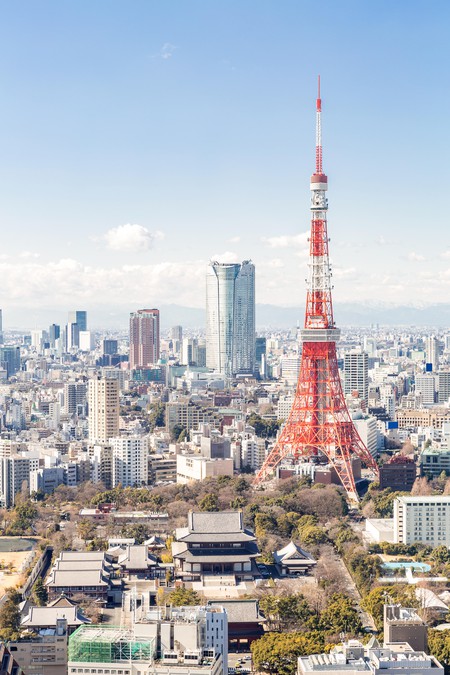