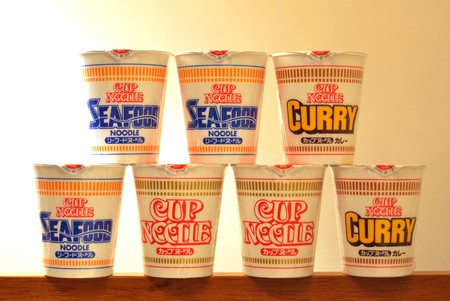 To date, over 40 billion packages of Cup Noodles instant ramen have been sold – that’s almost one billion packages a year worldwide. This month marks the 45th anniversary of the brand, the instant ramen that transformed the way we think about fast food for the home. It’s the perfect time to commemorate the history of one of Japan’s best inventions, and its unofficial national dish.

The History of Instant Ramen

Instant ramen noodles were first invented in 1958 by a Taiwan-born inventor named Momofuku Ando. In fact, the global restaurant chain Momofuku is a nod to Ando and his legacy within the food industry. Ando was inspired to create an instant noodle dish while in post-war Osaka, after watching lines of people waiting at noodle stalls. At the time, Ando was running Nissin, a food production company, which allowed him to experiment with different processes until he got it just right. He had founded the company ten years earlier, in 1948, which then dealt exclusively in salt. Early instant noodles were a hit not only because of their novelty, but also because of their long shelf-life, a valuable quality in the depressed economy of post-World War II. 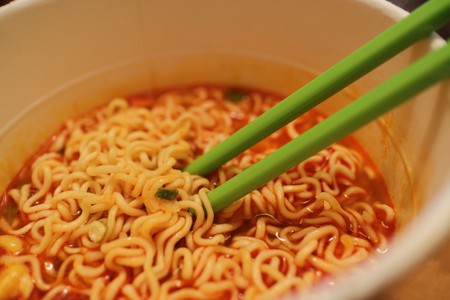 The Evolution of Cup Noodles

When they were first introduced to the public in 1958, the instant noodles were considered a luxury item. It’s vastly different from the cheap commodity they are known as today. The noodles were sold under the brand name Chikin Ramen. In 1971 the noodles were rebranded under the Cup Noodles name they’re known by today. Ando had been inspired again, this time during a promotional tour of America. He watched shoppers crush their noodles into paper cups, which was more convenient than getting a dish that required washing. And so with the Cup Noodles name-change came the addition of a polystyrene, disposable cup. Instant ramen had reached maximum convenience efficiency – now all hungry consumers had to do was add water, since the cup eliminated the need to use additional dishes.

The newer, more convenient Cup Noodles revolutionized quick meals. They were one of the first products to be produced and sold in the same container meant for consumption, something that we often take for granted in the modern era. Instant noodles can now be found in kitchens around the world. Today, the Nissin company which owns Cup Noodles has an instant ramen market share of over 40 percent in Japan – miles ahead of the competition. And while instant noodles are a Taiwanese-Japanese invention, China is responsible for almost half of global consumption, and it’s South Korea which consumes the most per capita, at 69 each year. 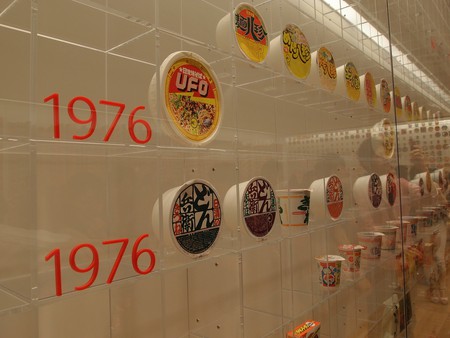 The Cup Noodles Museum in Yokohama, Japan | © Guilhem Vellut/Flickr
Give us feedback