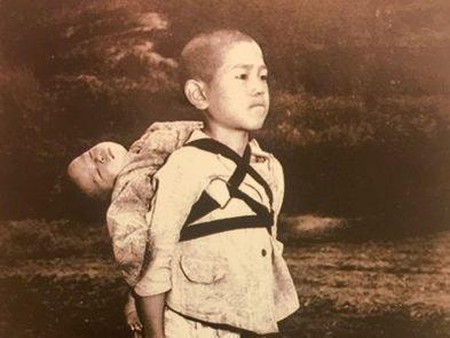 As part of his New Year’s address, Pope Francis shared the most important image you’ll see all day.

Pope Francis has printed a card calling for peace and empathy in this New Year as a bleak warning of what the face of global conflict looks like. Featuring one of the most devastating photos to come out of World War II, the card simply reads in Italian “il frutto della guerra,” which translates into English to “the fruit of war.” 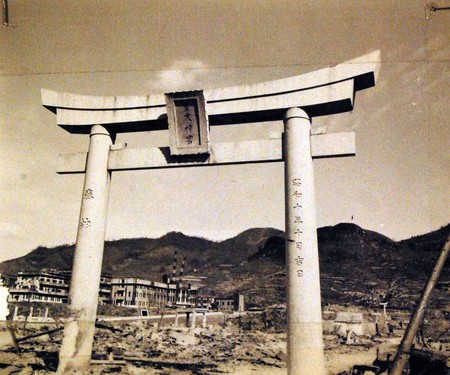 At the bottom of the card, a short text explains the origin and story behind this incredibly moving image, saying: “The young boy’s sadness is expressed only in his gesture of biting his lips which are oozing blood.”

The Vatican is set to distribute these cards in order to make clear Pope Francis’ stance on nuclear weapons and the impacts of conflict on children. It’s the first time the pontiff has specifically requested that an image be shared during the holiday season, suggesting it’s a message he believes to be of upmost importance coming into 2018. 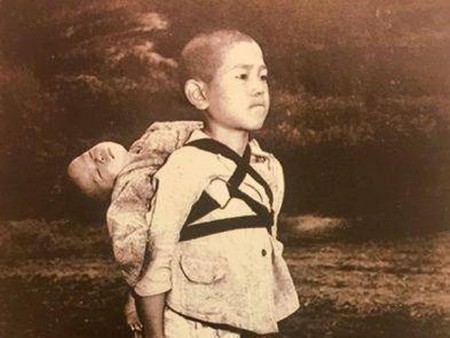 During his time in Japan, photographer O’Donnell spent four years documenting the devastating aftermath of the nuclear bombing, which he later went on to compile and publish in a book titled Japan 1945: A US. Marine’s Photographs from Ground Zero.

Pope Francis’ New Year’s address was a stark warning of what the future possibly holds for those who fail to learn from the mistakes of the past. He said in his New Year’s address about 2017: “We humans in so many ways ruined and hurt it with works of death, with lies and injustices.” 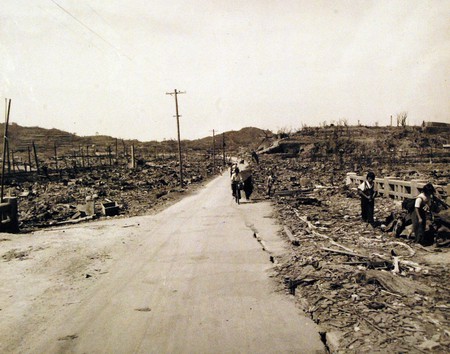 On August 6, 1945 an American B-29 bomber dropped the world’s first atomic bomb over Hiroshima, which obliterated around 90% of the city and killed approximately 80,000 people instantly. Many more died from radiation exposure not long after. Then three days later, another B-29 bomber went on to drop a second bomb on Nagasaki, wiping out an estimated 40,000 more people.

Described as like being dropped into the center of the sun, the power of these bombs was something the world had never seen before, and their devastating power forced Japan’s Emperor Hirohito to concede absolute surrender. During a radio address on August 15, the Emperor described America’s latest weapon “a new and most cruel bomb.” By sharing this image, Pope Francis hopes that this cruel tool of war and its tragic consequences will not be forgotten.