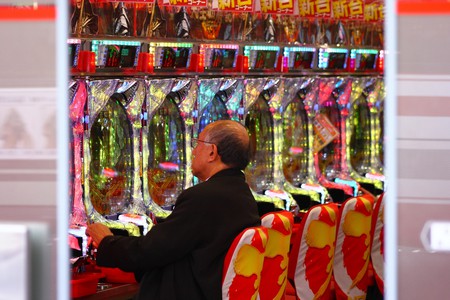 If you’ve ever wandered the busy streets of Tokyo and stumbled past massive, cheaply built smoke filled rooms, glowing with garishly lit neon lights and machines producing ear piercing mechanical whirrs, then you’ve seen the infamous and ubiquitous pachinko. Technically pachinko is a ‘recreational arcade game’ like a weird overgrown version of pinball, however in reality it’s a commonly used gambling device, which is an interesting situation given that gambling is illegal in Japan.

How does the game work?

The machine is fed tiny steel balls. These balls are shot up into a typically circular vertical field that looks like a pinball machine crossed with those small water filled ring toss toys that used to drive you mad as a kid. There are a few different versions of the game, the older versions are fitted with little triggered areas that are technically the target, hitting these areas gives you more balls and more chances to win. The newer machines feature activated drums, which work like a slot machine, get three of the same and you’ve hit the jackpot. 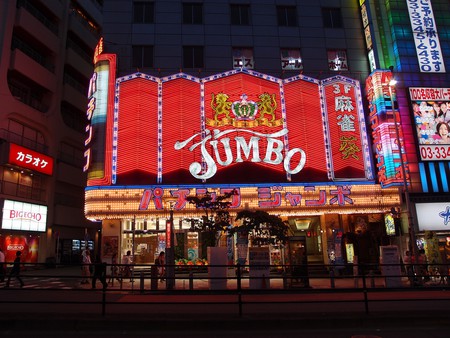 The history of pachinko

Pachinko was first introduced to Japan in the 1920s, but at that time it was a children’s toy called the ‘Corinth game’ (コリントゲーム korinto gēmu) modelled on and named after the US toy Corinthian bagatelle. In 1929 an upright version of the game came into being and was named ‘pachinko’ an onomatopoeia mimicking the sound the game made. The first ever Pachinko hall came into being in Nagoya in the 1930s and it wasn’t long before pachinko fever swept the nation. In these early days the machines would dispense a small metal token or medal when a player got the ball in the hole as a way keep score. During WWII pachinko production was halted as all the country’s extra man and mechanical power was focused on helping out the war efforts. 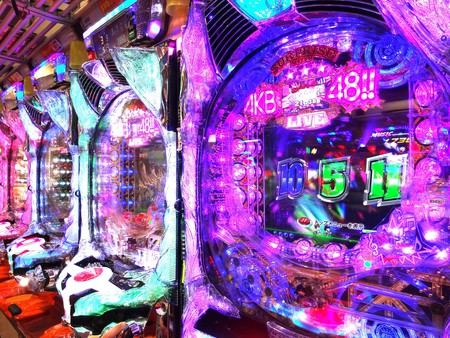 Is gambling legal in Japan?

After 1946 they were back in production and more popular than ever. Today the game sits in legal grey area in Japan. For a long time the country’s governing forces considered gambling to be a criminal activity, some say due to the potential to link the activity with the criminal gangs like the yakuza (Japanese mafia). However a few activities were given a free pass: betting on horse racing, certain motor sports, lottery (which has been a tool utilized by government to increase revenue) and of course pachinko. What’s particularly interesting is the fact that the country has always rejected the idea of casinos until earlier this year when legislators in Japan passed a law that legalises casino gambling. 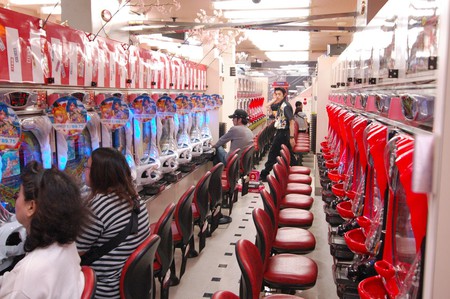 So how did a highly addictive version and incredibly accessible version of gambling (pachinko) manage to slip through and thrive in a nation that’s spent the past 15 years debating the existence of casinos? Well the answer is in the detail. The set up of many pachinko parlours is done so that the once the lucky winner collects their tokens, the booth to cash them in is not actually in the parlour, but in a separate establishment. Because cash isn’t changing hands then and there this is supposedly enough to circumvent the law. That said it probably also has something to do with the fact that in 2015 the country’s citizens spent 23.3 trillion yen ($203 billion USD) on the manic ball machines, according to Fortune magazine this is more than the gambling havens of Las Vegas and Macau combined. 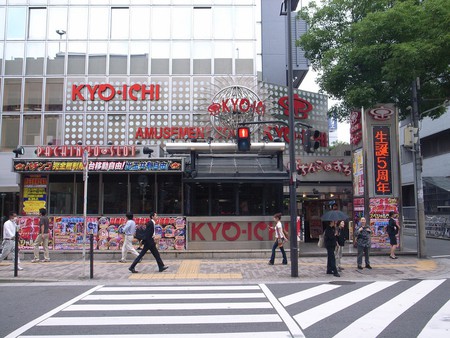 Pachinko on the decline?

It looks though now, in 2017, that online betting, more global financial pressures and potentially a greater awareness of the risks of gambling have impacted the popularity of the game. The country is now home to 40% less machines than in 1995 and makes a third less profit than it did in 2005. 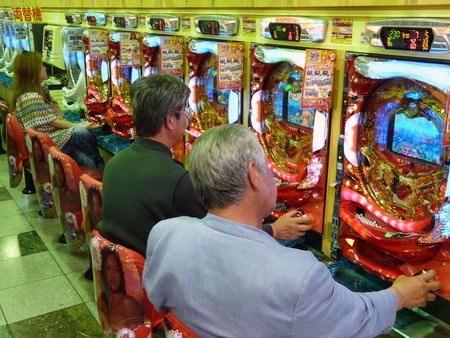 Pachinko | https://flic.kr/p/8Z4Zga
Give us feedback