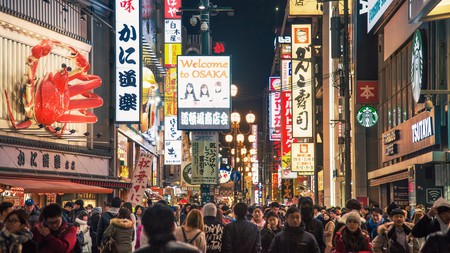 In a city known as ‘The Nation’s Kitchen’, it’s no surprise that Osaka has award-winning restaurants on nearly every block. Culture Trip speaks to local Indian-born chef Dhruva Awchat on his favourite restaurants in Japan’s most gastronomic city. 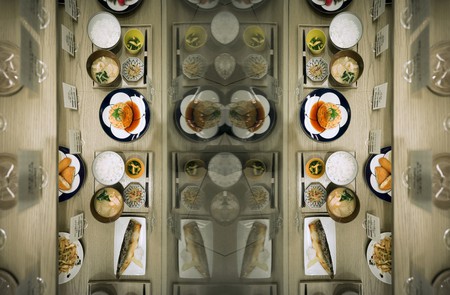 In some ways, there’s no need for a list of the best restaurants in Osaka. No matter where you choose to eat, you’re bound to enjoy yourself – and for reasons beyond just the food. Take it from local Indian-born chef Dhruva ‘Bunny’ Awchat, who has lived and worked in Osaka for 16 of his 21 years in Japan.

“No one eats, drinks and parties like Osakans,” says Awchat. “It’s a party city, and people will cram into small eateries and make friends with complete strangers. If you find someone interrupting your meal, talk to them, and you will find the real Osaka.” 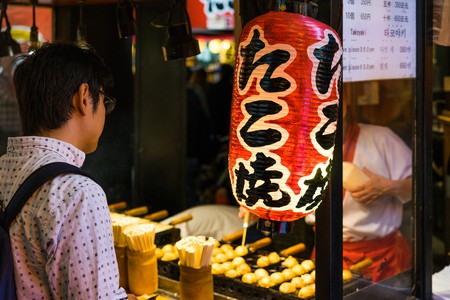 “Nowhere out of the seven countries I have worked have I encountered such fun-loving, heavy partying and genuinely friendly and curious people,” he says. And these qualities are reflected in the food, which is innovative, daring and, of course, delicious. Below are Awchat’s recommended restaurants, all of which perfectly capture the character of wild and wacky Osaka.

Mizuno crafts an affordable but unique version of a local favourite called okonomiyaki, a savoury Japanese pancake. Okonomiyaki dough is typically made of flour, but Mizuno’s signature version uses yam, creating a unique texture and flavour. Guests can fully customise the dish with their choice of meat and veg. Awchat suggests ignoring the side dishes and concentrating on the teppan (grill) and the savoury okonomiyaki cooked fresh right in front of you by the restaurant’s chefs.

This chic, two-Michelin-star restaurant began as a humble udon shop in the mid-1930s. Fujiya 1935 has since evolved to become a sophisticated fine-dining fixture in central Osaka, with a seasonal menu of modern Spanish cuisine crafted by fourth-generation chef Tetsuya Fujiwara. Favourites include seared duck breast with wasabi leaves and the restaurant’s signature appetiser of ‘sponge bread’ topped with fillings that range from pea purée to ricotta cheese. The restaurant’s superb selection of Italian and Spanish wines perfectly complements the imaginative dishes. Awchat notes that Fujiya 1935 has been consistent and innovative throughout the years. “Make reservations way in advance and be ready for surprises,” he says.

Takama for the perfect inaka soba

“Let the food talk for itself,” Awchat says of tucked-away Takama, which he calls “soba perfection”. Hidden in the back alleys just off Tenjinbashisuji, this Michelin-star shop offers a luxurious yet affordable experience. Takama’s inaka soba is certified jyuwari (100 percent pure), made entirely from buckwheat flour sans binding agents such as egg or grated yam. Tenzarusoba, a cold soba meal with assorted tempura, is also highly recommended. “Takama embodies what Japanese people do best – take one dish and bring out all its glory while letting the ingredients do the talking,” adds Awchat.

Restaurant, Japanese, Fast Food, $$$
Facebook
Email
Twitter
Pinterest
Copy link
Share
Map View
Kushikatsu, Japanese-style deep-fried meat and vegetables on skewers, is one of Osaka’s most popular dishes. Said to have originated in glitzy Shinsekai – where Yaekatsu is based – kushikatsu is as much a part of Osaka as stand-up comedy or drinking. A side dish called doteyaki – long boiled beef gristle with miso – is also worth trying. “I have been going to this restaurant off and on for the past 15 odd years,” says Awchat. “Consistent and reasonably priced, it shows what’s at the heart of Osaka.”
Open In Google Maps
13 4, 3-chōme, Ebisuhigashi, Naniwa Ward Osaka, Osaka, 556-0002, Japan
+81666436332
Give us feedback

Hajime for the ultimate fine-dining experience

Chef Hajime Yoneda garnered three stars from the Michelin Guide after only a year and five months in operation – a record in Michelin history. Yoneda, who studied engineering at university, uses the restaurant as a laboratory of sorts for gastronomic experiments. Incorporating the essence of Japanese tastes into the food, Hajime puts its own spin on classic French cuisine. The highly conceptual menu changes with the seasons.

Hirayama for cheap food and drinks at a local watering hole

Hirayama is a tachinomiya (standing bar) in Kitahama with a long tradition of serving casual fare to the local workforce. Welcoming with its bright lantern lights, this is where businessmen and businesswomen come to unwind by enjoying tasty, reasonably priced liquor after work. The accompanying food menu changes seasonally but remains consistently affordable. The grilled eel is its top seller, but it tends to sell out fast.

Mikunitei in Osaka’s Shimanouchi neighbourhood is the best in town for what Awchat calls “Japanised Chinese”. Only the best ingredients are used in every dish, he says. The gyoza (dumplings), subuta (sweet-and-sour pork) and ebi chilli (sweet-and-spicy shrimp) dishes are must-tries. Guests sit at a long counter directly in front of skilled cooks, watching as they fry dumplings and rice made to order. “Mind you, there are only three beverages – oolong tea, Chinese wine and beer,” Awchat warns. Good thing no one comes here for the drinks.

Kadoya, a pub where you can rub shoulders with Osakans

Kadoya is an Osaka drinking institution. It also happens to serve the best pig’s feet, honeycomb tripe, and beef and pork skewers in the city, according to Awchat. Serving its meals with cold beer, sake or shochu, Kadoya specialises in Japanese barbecued dishes made primarily with offal, locally called horumon. Residents love this place for its affordability, deliciousness and great service. “If you can’t stand dirty places or smoking, stay away,” says Awchat. But if all you’re after is good food and company, Kadoya is a must-visit.

Masamuneya, a casual Japanese pub with a 30-year history

Based in the Ayoibashi Shotengai (a covered shopping arcade) near Downtown Namba, Masamuneya is cheap, casual and delectable. The decor has not changed for decades, and the atmosphere is that of a classic izakaya, replete with bar seating, menu listings posted to the walls and tapas-style servings. Among the many tasty dishes available, Awchat recommends the mackerel castella and nuta (leeks with white miso). Fresh sashimi and copious sake complete the menu.

Ceylon Curry is a Sri Lankan restaurant that is “a favourite among curry lovers”, says Awchat. Cooked Sri Lankan chefs, the food here is traditional and changes daily. Awchat recommends its lunch special, the Ambala Set, served with curry, rice, coconut sambol, dal and poppadom. Many dishes can be made vegetarian or vegan if you ask the staff. Situated within walking distance from Nagahoribashi station, Ceylon Curry is casual, colourful and convenient.

“La Cantinetta in Utsubo Park is a one-stop Tuscan food lover’s delight,” according to Awchat. He says this is the place to go if you’re craving some European flavours after all that Japanese food, though cautions it’s a bit pricey and reservations are a must. From pizza to pasta, Italian favourites are served in a cosy, dimly lit space. Try the home-made pasta, honeycomb tripe or the daily specials. Don’t forget to ask the servers which wine to pair with your meal.

Saboten (the Japanese word for ‘cactus’) is a lively Mexican restaurant. Owned by a fun-loving man from Mexico who can speak Spanish, Japanese and English, the restaurant offers diverse, delicious and authentic dishes. Saboten especially comes alive on Tuesdays, which is taco night – tacos are only ¥200 (£1.40) as are tequila shots, which the owner loves to bring to your table himself if he’s not too busy working his magic in the kitchen.

Bistro, Restaurant, Cajun, American, $$$
Facebook
Email
Twitter
Pinterest
Copy link
Share
Map View
Osaka is the last place most would expect to find genuine New Orleans cuisine, yet it’s available at a little spot in Horie. Owned by a native of the Crescent City, Bistro New Orleans serves “authentic yet avant-garde food made by a crazy loud owner”, according to Awchat. It’s true – CC, the friednly proprietor, loves to talk and is about as New Orleanian as one can be. Awchat praises the great vibes and good food, including the dirty rice, pickled pork and red beans. Signature NOLA beverages such as sazeracs and hurricanes are also available.
Open In Google Maps
10 15, 1-chōme, Kitahorie, Nishi Ward Osaka, Osaka, 550-0014, Japan
+81665437071
Visit Website
Give us feedback

It would be a shame to ignore Awchat’s diner, Bunny’s, which serves up firs-class fusion cuisine. Born from 25 years of working and testing various dishes and styles, Bunny’s opened in 2016 as a melting pot of European and Asian cuisines with hints of American barbecue. “We serve tapas from all over the world and grass-fed beef, all cooked on Japanese charcoal,” Awchat says. Almost every dish, from the stuffed reuben sandwich to the daily lunch specials, features high-quality meats. Awchat is a delight to talk to and will happily give recommendations, both for the menu items and local things to do.