Despite its status as a busy urban metropolis, Osaka maintains a down-to-earth charm, with friendly locals and a rich, yet unpretentious, culinary culture. One of Japan’s hippest cities, Osaka is home to some of Japan’s best contemporary artists. Here are 10 galleries where you can appreciate their work. 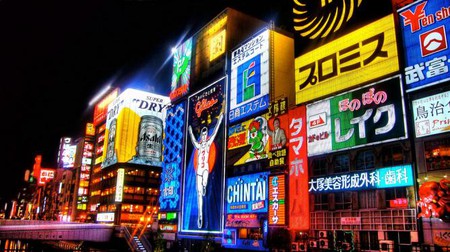 Art Gallery, Building
Facebook
Email
Twitter
Pinterest
Copy link
Share
Map View
Set on the first floor of the Yasuda Building, Port Gallery T has been exhibiting the contemporary works of both established and emerging artists since 2007. Located in Higobashi in Osaka’s Nishi Ward, the gallery draws inspiration from its trendy neighborhood, which is also home to the Osaka National Museum of Art, as well as eclectic bookstores, shops, and cafés. The gallery’s most distinct feature is its ‘White Cube Space’ where the art is exhibited, with blank white walls that keep the focus on the work itself, rather than the space. The gallery primarily showcases the work of photographers, although it presents exhibitions in a wide range of other media. Port Gallery T also participates in the annual Festart Osaka, during which neighborhood galleries host artist talks, events, and exhibitions.
Open In Google Maps
1F Yasuda Bldg. 1-8-31 Kyomachibori Nishi-ku, Osaka, Japan
+81661853412
Give us feedback

Tezukayama Gallery was opened in 1992 by Ryoichi Matsuo, with the goal of showcasing American, European, and Asian contemporary art. The gallery was named after its original location in Tezukayama, an Osaka suburb, but the gallery has since moved to Minami-Horie. In addition to exhibiting the works of established artists, Tezukayama Gallery promotes the work of young Japanese artists, particularly within the international art scene where the work of Japanese contemporary artists is rarely recognized. The gallery features exhibits and talks, including the work of Hirohito Nomoto, whose photographs have also been featured in a number of international galleries, and well-known metalwork and multimedia artists, Osamu Kokufu and Tamura Satoru. 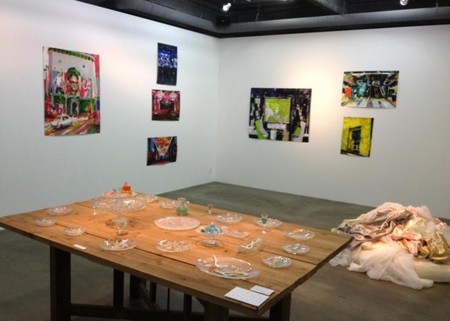 Founded in 1977, Shihoudou Gallery showcases Japanese paintings and sculptures, focusing mainly on established Japanese artists and rare works of art. In addition to hosting regular exhibits, the gallery also appraises and sells artwork to private collectors and museums throughout Japan. Shihoudou Gallery primarily showcases paintings, including works by realistic painter Sousuke Morimoto, and Japan’s famous Gutai Group. Works range from the 19th century to the present, reflecting the evolving influences of the West on Japanese art over the last century. In addition to the gallery in Osaka, Shihoudou Gallery recently opened a second branch in Tokyo in 2009.

With a focus on contemporary photography, the Third Gallery Aya showcases the work of established and up-and-coming Japanese and foreign artists.The gallery is known for its frequent exhibitions featuring Japanese female artists, who are typically overlooked in both the national and international art scene. Some notable women artists that have been exhibited at the gallery include photographer Miyako Ishiuchi, whose series hiroshima six, depicting objects belonging to victims of the Hiroshima bombings, was awarded the 50th Mainichi Art Award, and Midori Komatsubara, known for her detailed movie still images based on the popular yaoi Japanese comic sub-genre. 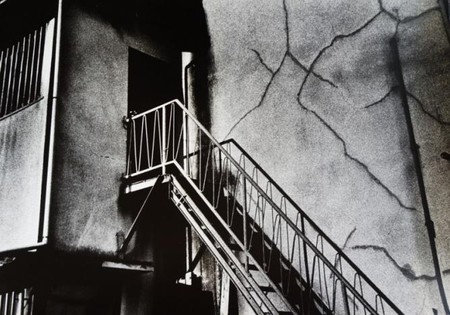 Gallery Kaze focuses on the work of abstract painters, featuring award-winning artists like Yuko Nagayama, Ukai Yoko, and Kaneda Mio. Located in Chuo-ku, one of Osaka’s major shopping and tourist areas, Gallery Kaze showcases artists both in their gallery, as well as in art fairs across the country. The gallery is a regular participant in the city’s annual Art Osaka, during which galleries from across Japan and abroad showcase pieces in different hotel rooms. Visitors move from room to room within the hotel, taking in some of Japan’s best artwork all in one place. 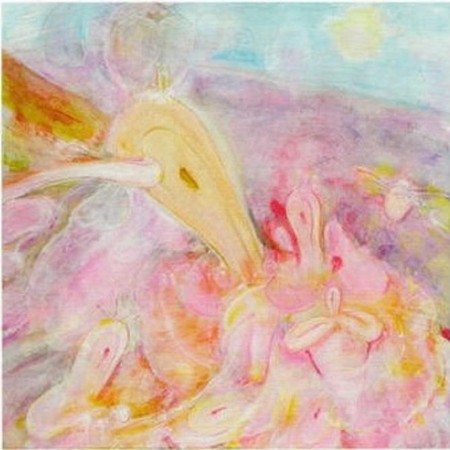 ARTCOURT Gallery (est. 2003) is one of the few galleries in western Japan that actively participates in international art fairs, such as Art Basel Hong Kong, in order to promote the front line of Japanese art. They represent artists in conceptual art (Hitoshi Nomura) and fine art, conceived from Japan’s unique craft approach (Yo Akiyama, Shihoko Fukumoto). ACG has facilitated many purchases by museums, including the Museum of Modern Art, New York. ACG also handles large-scale commission-based projects. They successfully coordinated the installation of Kozo Nishino’s Sky Memory at 4 World Trade Center in New York in 2013. They are actively involved in research on Gutai works, publishing new portfolios and promoting exhibitions at museums outside of Japan, all while closely working with the artists themselves. 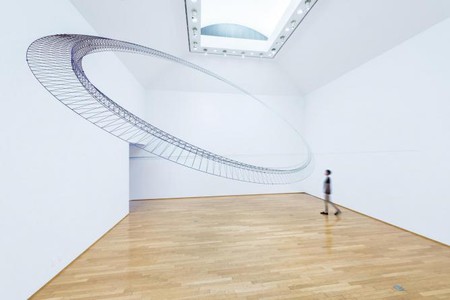 The YOD Gallery hosts exhibits and talks with the goal of showcasing the contemporary works of both local and international artists. Established in 2008, the gallery focuses on exhibiting works that represent Japan’s unique artistic culture, hoping to bring more international recognition to Japanese artists. The gallery regularly participates in international art fairs, including the Affordable Art Fair in Singapore, and Art Expo Malaysia. YOD Gallery is a small single-room gallery, which features a large wall outside the building where exhibiting artists can advertise their work and occasionally perform live paintings for passers-by to watch. 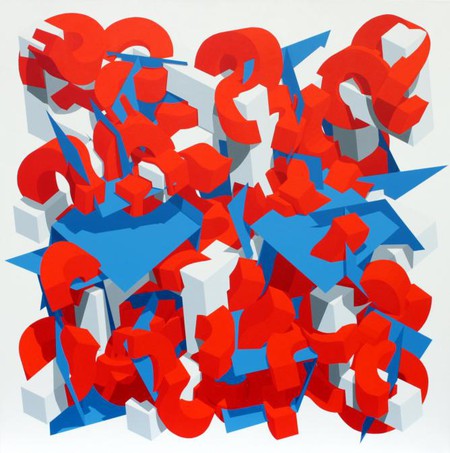 Art U was founded in 1983 by Ai Sawai, inspired by his father, a painter who studied with well-known Japanese artist Sotaro Yasui. The gallery focuses on contemporary Japanese art, specializing in works by the Gutai Group, including Sadamasa Motonaga, Jiro Yoshihara, Kumi Sugai, and Kazuo Shiraga. ‘gutai’ means ‘concreteness’ or ‘embodiment’, and this eclectic group of artists was known for using everything from plastic tubing to mud, to redefine artistic boundaries. The gallery showcases the work of established Japanese and international artists who have impacted the art world throughout the 20th century and into the present. 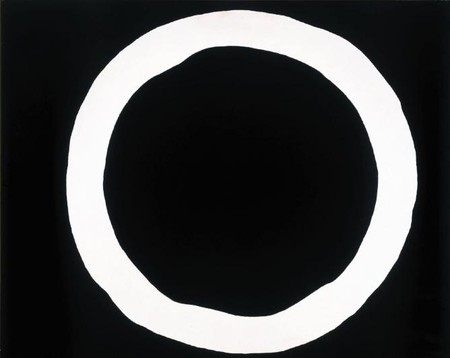 Art Gallery
Facebook
Email
Twitter
Pinterest
Copy link
Share
Map View
Opened in 2009, there are two meanings behind the name of Bloom Gallery. The 33 square meter exhibition space is surrounded by plants, so visitors are likely to see actual flowers in bloom when they visit. More importantly, however, the gallery is a space where emerging artists can ‘bloom’, exhibiting their work and furthering their careers. Bloom Gallery mainly showcases photography, in addition to offering a darkroom, framing services, and a store that sells photography books and zines. The space also hosts workshops for artists, and it has a work room where artists can frame their own pieces.
Open In Google Maps
23 11, 1-chōme, Shinkitano, Yodogawa Ward Osaka, Osaka, 532-0025, Japan
+81668296937
Visit Website
Give us feedback

Soho Art Gallery is a ‘flexible exhibition, cultural, and learning space’, founded by two Japanese and Canadian artists to promote the work of emerging contemporary talents from all over the world. The gallery hosts group shows, solo shows, and workshops, in addition to providing portfolio assistance, critiques, and exhibition planning services to guide new artists and aid in their professional development. Soho Art Gallery is both a commercial and experimental gallery, presenting work in a variety of media, from photography and paintings, to installations and performance pieces. Featured artists have included photography and poems by Kit Nagamura, digital portraits of historical figures by Sachie Anzai, and painting installations by Yoshitaka Tatsumi. 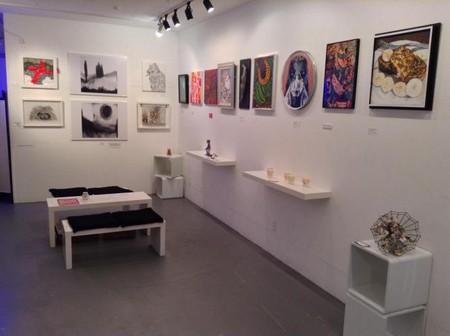