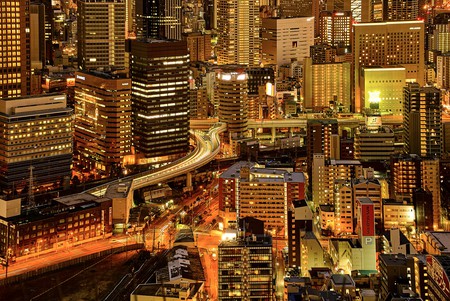 Nicknamed tenka no daidokoro (‘the nation’s kitchen’), easy-to-love Osaka often plays second fiddle to its neighbor, Kyoto, in the minds of travelers; yet there’s little question which city tops the list for serious eaters. It’s the home of many of Japan’s most famous dishes, as well as Michelin-starred restaurants that are continuing to cultivate this city’s reputation as a foodie paradise. This is an updated guide to Osaka’s best restaurants. Read the original guide here. 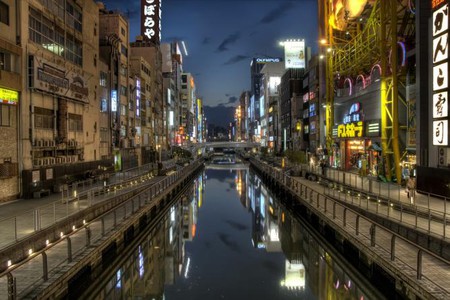 Widely agreed to serve the best sushi in Osaka, Central Market Endo Sushi Kiyobashi is a small restaurant located in the Osaka fish market. The staff don’t speak very much English, but they offer a laminated English write-up to Western visitors which explains how their sushi is prepared, as well as a full English menu. Sushi choices range from sea bream and eel, to tuna and yellow fin, all of which pair well with the restaurant’s thick miso soup with clams. The omakase set is one of the most popular choices, consisting of a plate with five different pieces of seasonal sushi. 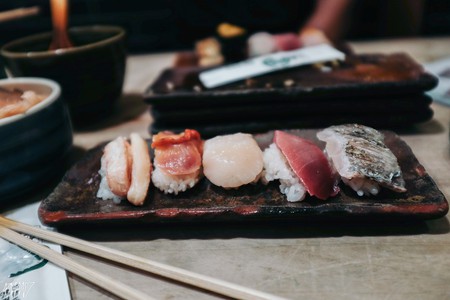 Fujiya 1935’s name comes from its origins as a simple udon restaurant that opened in 1935. Four generations later, the restaurant has been transformed by Chef Tetsuya Fujiwara into one of the city’s most innovative dining experiences. Michelin-starred and ranked among the world’s 50 best restaurants, Fujiya 1935 serves a seasonal menu of modern Spanish cuisine. Typical dishes include seared duck breast with wasabi leaves; and the restaurant’s signature appetizer, ‘sponge bread’ topped with fillings that range from pea purée to ricotta cheese. The restaurant’s superb selection of Italian and Spanish wines perfectly compliment the imaginative dishes. 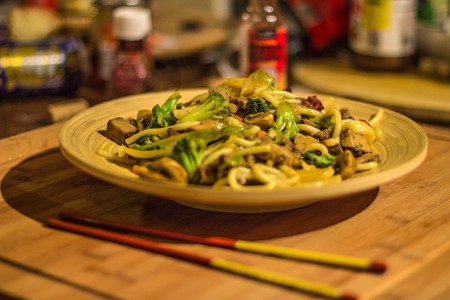 Hajime is a Michelin-starred restaurant headed by innovative chef Hajime Yoneda. Ranked among Asia’s 50 Best Restaurants for 2014, this restaurant offers seasonally changing set menus, with a choice of a standard tasting menu, a smaller set menu, or a vegetable tasting menu. Hajime’s seasonal dishes are truly works of art, arranged in beautiful combinations of color and texture. The restaurant’s minimalist dining room holds only a few tables, topped with crisp white tablecloths that contrast against the dark wood walls. Hajime offers a truly one-of-kind dining experience that combines Japanese attention-to-detail with European flair. 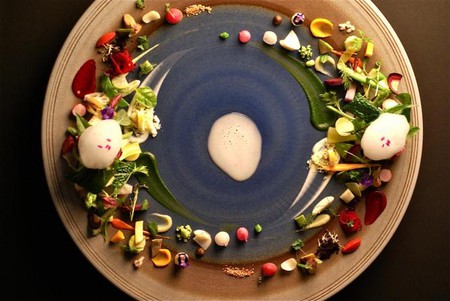 While the name Kani Douraku may not sound familiar, this restaurant’s giant crab display on Dotonbori is one of the most recognizable sites in Osaka. As the enormous mechanical crustacean over the entrance suggests, this restaurant is all about crab. The menu offers several different sets and à la carte dishes, which consist of crab served boiled, barbecued, steamed, raw, and numerous other creative preparations. There’s crab tempura, crab sushi, crab fishcakes, and even crab gratin. Seating is at low Japanese-style tables and servers dress in traditional kimonos. The crab theme continues in the restaurant’s décor, with crabs pictures found on the placements and crab-shaped chopstick rests set at each table. 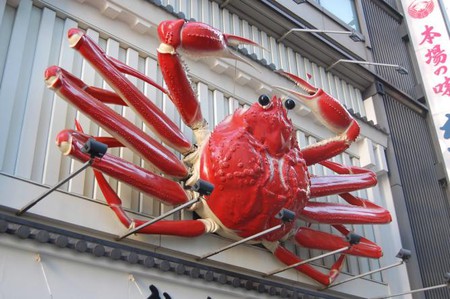 Matsusaka Yakiniku M specializes in Matsusaka beef, which is sourced south of Osaka. Often compared to Kobe beef in quality, Matsusaka beef is associated with many of the same legends as its more famous cousin. It’s said that Matsusaka beef cows are fed beer to stimulate their appetite and given massages using a special mixture of shochu. Matsusaka Yakiniku M offers more than a dozen cuts of this delicious beef that diners sear and season on tabletop grills. The ‘DX Platter’ is particularly popular, featuringit includes 6 different cuts of Matsusaka beef and assorted grilled vegetables. The meat can also be ordered à la carte, with English menus available that thoroughly explain the differences between the various cuts of beef. 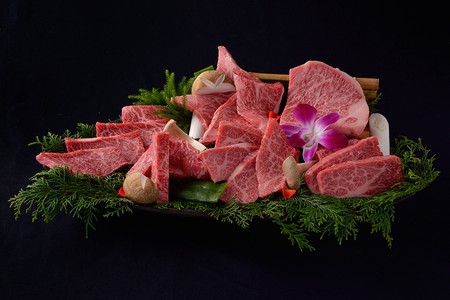 Okonomiyaki is one dish that every traveler in Osaka should try at least once, and Mizuno has been making their own special version of this savory delicacy since 1945. The city’s oldest okonomiyaki restaurant, seating consists of eight simple seats located along the bar, in addition to a slightly larger seating area on the restaurant’s second floor. Most diners come for the popular yamaimo-yaki which uses yam instead of traditional flour for the dish’s dough. The resulting okonomiyaki has a uniquely soft texture and slightly sweet flavour. The mazeyaki, which is made with shredded cabbage, squid, pork belly, octopus, and shrimp, is another favorite. 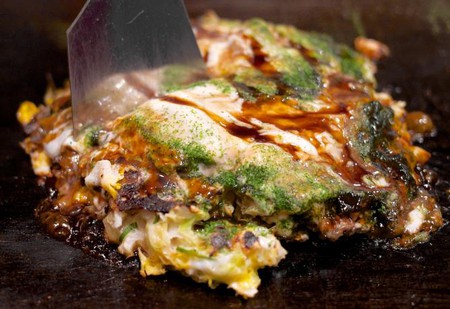 Tsuki no Odori is found at the end of Osaka’s famous food street, Dotonbori. This welcoming restaurant specializes in chicken, offering plenty of non-threatening dishes like spicy fried chicken wings; along with options to satisfy more adventurous eaters, such as the chicken breast sashimi or chicken heart yakitori. There are also a few non-chicken dishes, including grilled yam; and seasoned grilled rice balls. An English menu is available and the staff speak relatively good English too. Seating is offered in the sleek dining room, as well as along the counter where diners can chat with the chef as he prepares their meals.

Tsurutontan Soemoncho is one of Osaka’s most popular udon restaurants. Often lined up out the door during busy times, this restaurant serves Japan’s famous thick wheat noodles in large salad bowls. The diverse menu includes classic udon dishes, along with more imaginative offerings such as curry udon, carbonara udon, and udon ice cream. The setting is cosy and traditional, with noren curtains at the entrance and plenty of warm wood accents inside. Aside from udon, the restaurant also offers a great selection of other traditional Japanese dishes, including tempura, sushi, and sashimi.

Osaka is the home of the popular Japanese dish, takoyaki, making these odd octopus balls one food that you can’t not try while in the city. Yamachan’s takoyaki is known for its distinct dough, which is made using a rich stock flavoredwith chicken, fruits and vegetables. The dough is filled with simple green onions and the requisite octopus. The mixture is then cooked into round balls on a special takoyaki pan until the outside is crisp and the center is warm and gooey. The resulting dish can be enjoyed with a number of different sauces and toppings, but the restaurant recommends eating their takoyaki plain in order to best appreciate the dough’s flavors. If the takoyaki alone isn’t filling enough, the restaurant also offers a few other dishes, including yakisoba noodles and tonpeiyaki.

Zuboraya is known as one of the best places in Osaka for tourists to try legendary fugu (pufferfish). Only chefs that have trained for many years can qualify for a license to cut and serve this potentially deadly fish. The restaurant offers a variety of set menus and à la carte dishes featuring the infamous fish, including sashimi, sushi, tempura and soup. The fish is served with the restaurant’s unique ponzu sauce to enhance its relatively tasteless flavor. Look for the big pufferfish-shaped sign outside the restaurant. 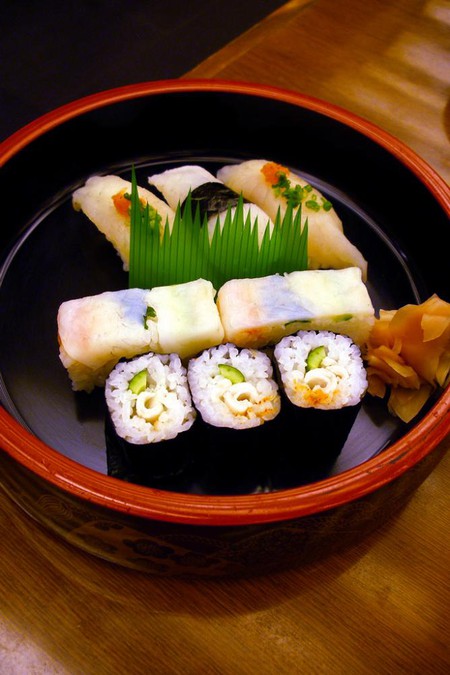