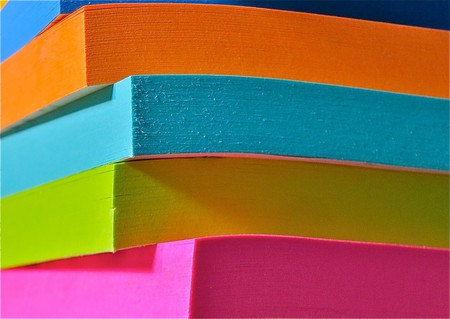 We all know Japan has an affinity for creating beautiful things with paper, just look at their traditional shoji screens, washi paper production and, of course, origami. However, Japanese company Triad has created paper art for the 21st century – meet the absolutely stunning Omoshiroi Block.

The word omoshiroi (面白い) translates in English to ‘fun’ or ‘interesting’, and though it looks like a more typical memo pad at first, this block of paper is a lot more fun than its first impression. Inside it has a very special secret woven through its 100 pages, but you have to start using it to understand. Inside each block of paper, a meticulously recreated architectural gem is carved out inside sheet by sheet.

By using laser-cutting technology, each sheet has a unique cut that comes together to form the overall paper sculpture in the end. The company that created this little architectural piece of stationery is, in fact, an architectural model company, so you know the works are the real deal.

So far they’ve released a bunch of iconic Japanese landmarks, including Kyoto’s stunning Buddhist retreat, Kiyomizudera Temple, Tokyo’s most famous religious site, Sensoji (also known as Asakusa Kannon Temple), and the Tokyo Tower, which you can find in the heart of the city. They’ve also released a small model figure-style range that features a steam train, film camera, piano and violin.

The blocks cost between 4,000 and 10,000 yen (US$36–90) depending on the model. At the moment, they’ve only been released through the Osaka branch of the Japanese lifestyle store Tokyu Hands, and according to the site, overseas shipping is not available at this time.

Don’t be booking your trip to pick up a whole stack of them just yet. Thanks to the massive Japanese media attention and now the international spotlight, the first round of these humble paper blocks are currently sold out. But as they’ve written on their website, they will post an update when they’re ready to accept international orders and ship overseas.