The Most Unusual Things to See and Do in Osaka 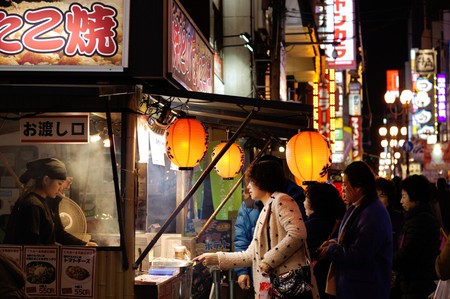 When travelling Japan, it’s sometimes possible to get burned out on temples and castles. Trying to jostle in lines with huge crowds can make the most seasoned traveller tired. Osaka does have plenty of excellent tourist destinations, but sometimes it’s more interesting to go off the beaten path.If you’re looking for the most unique and unusual things to do in Osaka, look no further than this list.

Learn about Japanese history at the Human Rights Museum 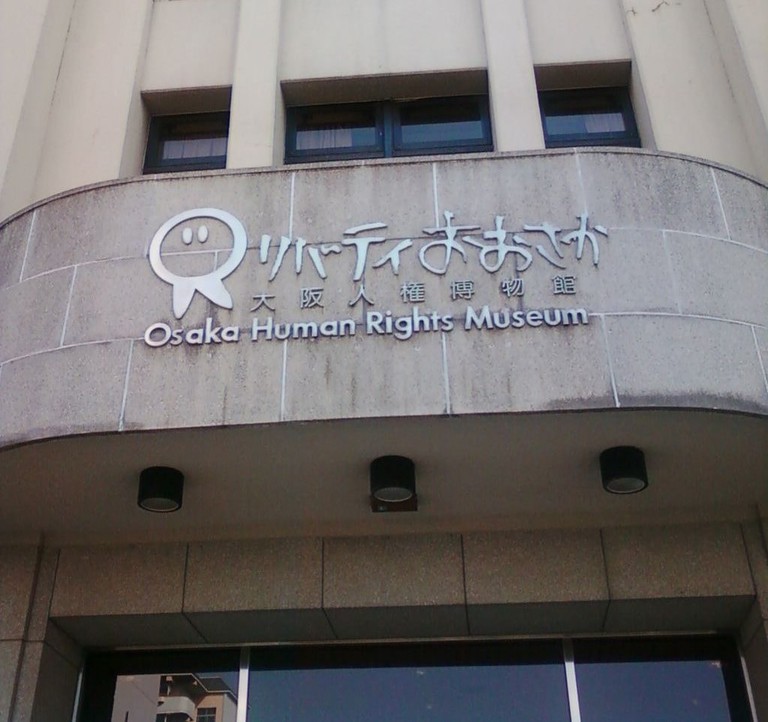 The Osaka Human Rights Museum is the only one of its kind in Japan. | © Kont Dracula / WikiCommons
This might seem a bit out of place in this guide, but the Liberty Osaka Human Rights Museum is the first and only human rights museum in Japan. Come explore another side of Japanese history and learn about the various minority groups in Japan, like the Northern Japanese Ainu and the Ryukyu people of Okinawa. The museum teaches about issues the LGBTQ community have faced in Japan as wellas the stigma atomic bomb survivors dealt with after WWII. While this isn’t pop culture Japan, the Osaka Human Rights Museum explores social issues and goes a little deeper into the complex culture of Japan.
Open In Google Maps
3-6-36, Naniwanishi, Naniwa-ku Osaka, 556-0026, Japan
Visit Website
Give us feedback

Stand Sonoda is part of a movement to revitalize traditional Japanese customs and usher them into the modern age. A standing bar is usually a hole in the wall that is frequented by office workers coming in for a few drinks after work and maybe a light meal before heading out again. Stand Sonoda has transformed the standing bar into a hip restaurant with an emphasis on great food and drinks. Their potato salad is soft and tangy on its own but topped with a soft boiled egg it almost seems too decadent to eat. The pork katsu is one of Sonoda’s best sellers and after one bite of that crispy pork chop it’s easy to understand why. One of the coolest features of this bar is that every drink is served in a vintage anime glass. Join hundreds of the young Osakans who have Instagrammed a pic of Stand Sonoda’s signature drinkBaisu, a hot pink shiso flavoured alcoholic beverage, served in a retro Sailor Moon glass. 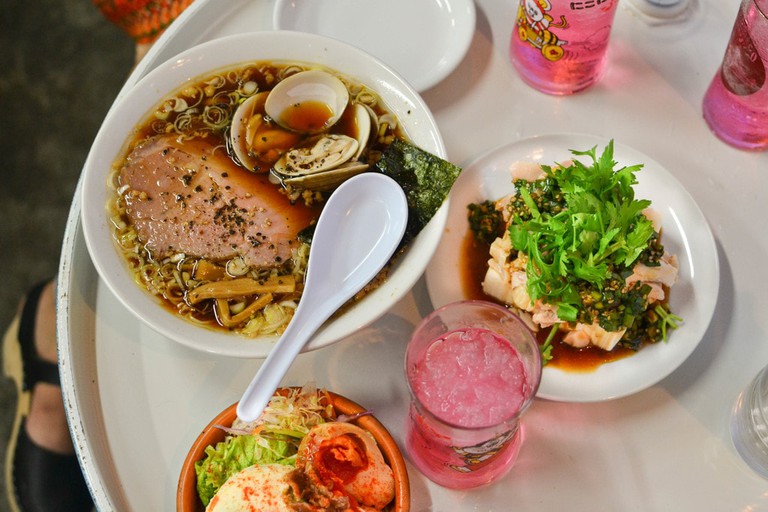 Watch giant puppets come to life at the Bunraku Theater 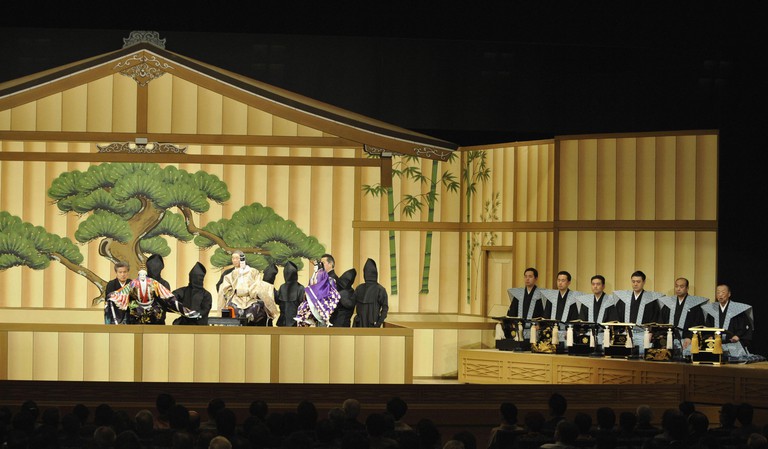 'Kotobukishiki Sanbaso' a piece in Japanese traditional puppet theater known as bunraku, is performed at the National Bunraku Theatre in Osaka. | © Newscom / Alamy Stock Photo
When in Osaka, don’t pass up the opportunity to see Bunraku, the traditional puppet theatre of Japan. Osaka has been the home of Bunraku theatre for hundreds of years and theNational Bunraku Theater is one of the last places left to see this type of artistry. During each performance, there is a narrator chanting the story while a musician plays the shamisen in the background. The puppets are masterfully made and rather large, requiring three people to control one puppet. At the National Bunraku Theater, headphones can be borrowed to listen to the story translated into English, necessary to better understand the plot. This translation service comes highly recommended as the Japanese used is considered old-fashioned and difficult to understand even for native Japanese speakers.
Open In Google Maps
10 12, 1-chōme, Nipponbashi, Chuo Ward Osaka, Osaka, 542-0073, Japan
+81662122531
Visit Website
Give us feedback

Make your own instant noodles at the Instant Ramen Museum 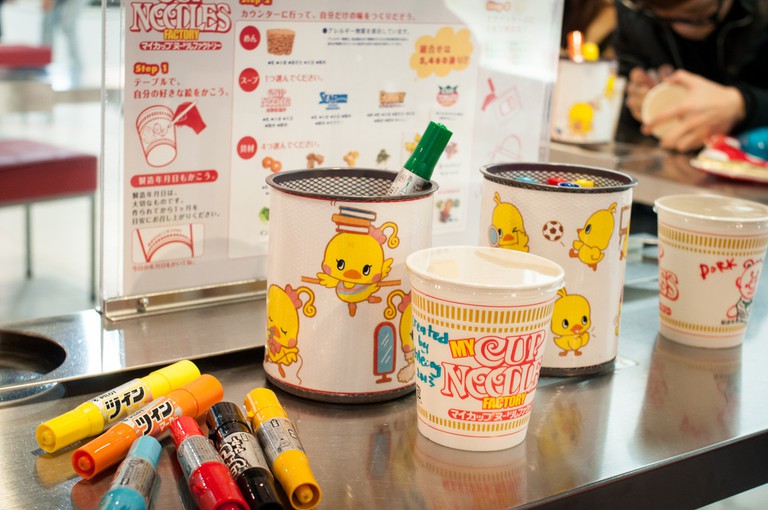 Momofuku Ando Instant Ramen Museum | © chee.hong/Flickr
Do you know how to make instant ramen? No? Then head to the Momofuku Ando Instant Ramen Museum to learn all about the history of instant ramen, a staple of every college student’s diet. You’ll even have a chance to create and bring home a customized noodle creation. For 300 yen, walk into the cup noodle factory and make your very own personalized cup noodle by choosing the flavours and toppings, and then decorating the outside of the cup. For 500 yen, make a reservation ahead of time to learn how to create instant ramen noodles from scratch. Walk by the wall of ramen to see every flavour ever created and learn the history of how Momofuku Ando invented ramen in a small shack in Ikeda, Japan.
Open In Google Maps
25 8, Masumichō Ikeda, Osaka, 563-0041, Japan
+81727523484
Visit Website
Give us feedback 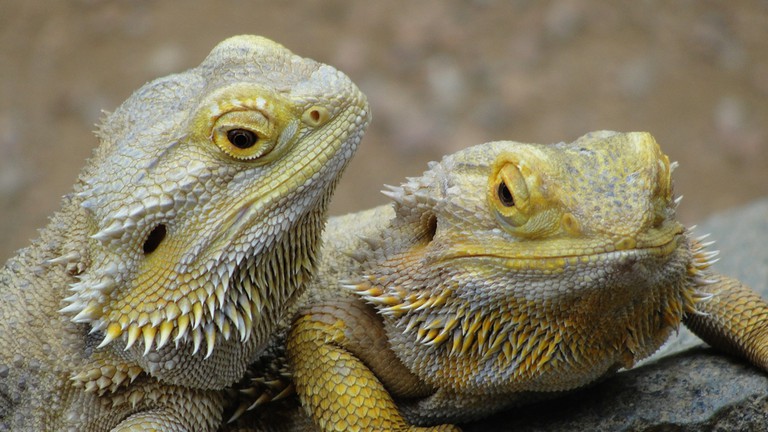 Lizards | © Ryan Shaneberger/Flickr
You may have heard of cat cafes and maybe even owl cafes, but did you know about reptile cafes? Close to Namba station isReptile Cafe Rock Star, a name that feels fitting for a cafe dedicated to creepy crawlies. Iguanas, snakes, tarantulas, and other small creatures are just waiting to be picked up and admired. There is a one drink minimum and all first-time customers pay a 1000 yen entrance fee (incentive to come back!) Feeling peckish while you handle that chameleon? They have a small food menu with normal food items like pasta and french toast and then they have alligator claws. See how adventurous you really are at Rock Star.
Open In Google Maps
7 7, 2-chōme, Nanbanaka, Naniwa Ward Osaka, Osaka, 556-0011, Japan
+81665869538
Visit Website
Give us feedback

Go to the only bar in Osaka that serves mead

Bar, Italian, Japanese, $$$
Facebook
Email
Twitter
Pinterest
Copy link
Share
Map View
In a town known for being a little odd, Kinguu is one of the strangest bars in the city. This Victorian horror-themed bar is sure to delight fans of the macabre and bizarre. Kinguu is one of the only places, maybe the only place, to get real mead and absinthe in Japan and both are absolutely perfect to drink in a bar that feels like a retro horror movie. This small bar is dark and crowded with taxidermied animals, including an actual camel. The owner dresses like the Crow and is incredibly kind and speaks English very well. Anyone in search of a unique drinking experience will not want to miss a night at Kinguu.
Open In Google Maps
1-19-8, Higashishinsaibashi, Chuo-ku Osaka, 542-0083, Japan
Visit Facebook page
Give us feedback

See a temple dedicated to a suicide pact

Tsuyoten Tenjinsha Shrine, known locally as Ohatsu Tenjin, is not the most famous shrine in Kansai but it doesn’t make a secret of its sordid history. Two star-crossed lovers, a prostitute named Ohatsu and a local merchant, committed suicide near the shrine when their love was forbidden. Their story was forever immortalized in a well-known puppet theatre play and the shrine has come to be known as a lovers shrine. While it may seem a bit morbid that couples come to Ohatsu Tenjin for relationship help, there are many different types of amulets and charms sold at the shrine to give couples a better chance at everlasting love. 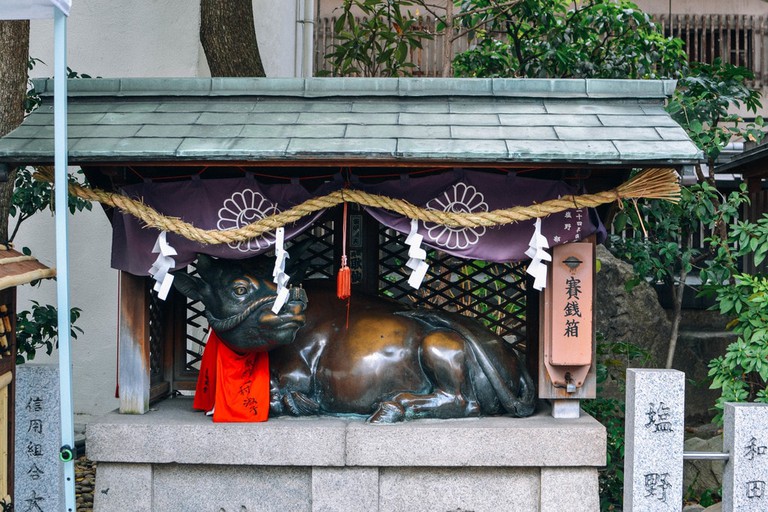 Juice may not be high on your priorities of ‘what to do in Japan’, however appreciators of retro Japan will love trying OsakaMixed Juice in the original coffee shop that invented it. In 1948, Sennariya was a fruit stand trying to decide what to do with ripened fruit. In a moment of genius, the owner mixed various juices together with milk and thus started a Kansai classic. Sannariya soon became a coffee shop that is still open to this day despite the fact that original owner has passed on. It’s still located on a small shopping street in the Shinsekai neighborhood for those interested in getting a dose of classic Kansai. 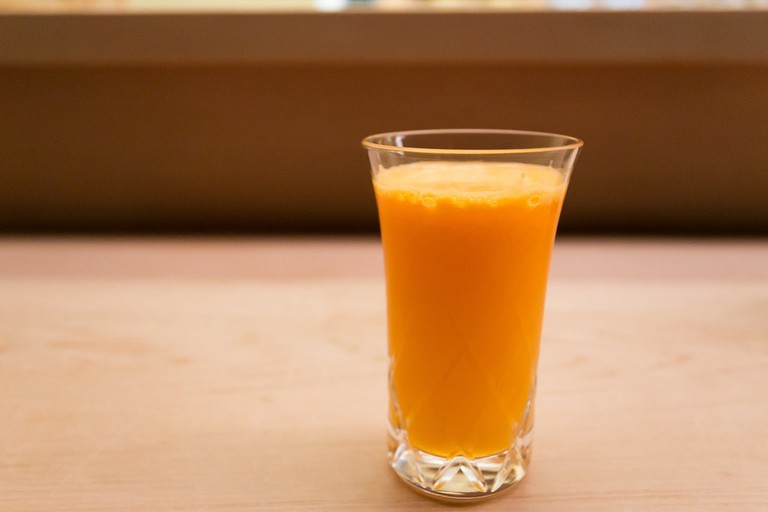