Nujabes: The Japanese Icon Who Shaped the Future of Hip Hop 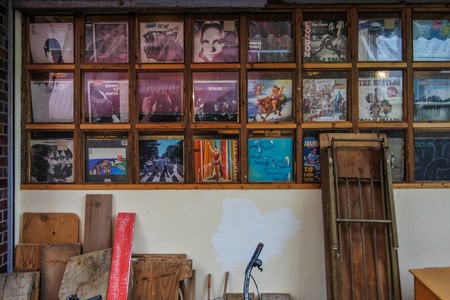 When it comes to unsung Japanese musical legends, they don’t get more talented than Nujabes. A record label founder, record-store owner, and hip hop groundbreaker here in Tokyo, it’s hard to imagine what Japan’s hip hop scene would look like without his efforts. Though a little more elusive than many other past hip hop icons, there’s a bit to learn about this genre pushing producer.

The life and death of Nujabes

The Tokyo-born DJ’s real name was Jun Seba, however as a musical moniker he adopted the name Nujabes which is just his name spelled backwards. During his 20s, the young hip hop fanatic made his mark on the Japanese hip hop scene not only through his releases, but by being a savvy business owner as well. He was the owner of two Shibuya-based record stores, T Records and Guinness Records, and in 1998 he founded the independent hip hop focused record label Hydeout Productions, which featured the world of local legends like Uyama Hiroto and international talent like Emancipator, as well as his own efforts.

During his musical career he brought a lot of what was happening in Tokyo to the US and UK underground hip hop worlds through collaborations with American artists like Fat Jon and CL Smooth as well as fascinating British rapper Funky DL. On February 26, 2010, Nujabes was sadly involved in a traffic accident upon exiting the Shuto Expressway in Tokyo and passed away not long after. However his legacy still lives on to this day.

Though in terms of mega-mainstream hip hop influence, it may be a little difficult to pin down where Nujabes sits, when discussing the evolution of the production of hip hop music, he definitely made his mark no matter how understated his arrival was. A pioneer of the ‘chill hop’ scene, Nujabes blended jazz influences, and laidback production to craft his hip hop beats. This combination of old world musicality with the more forward pushing ideologies of hip hop, produced a world in which a mix of both old style atmosphere and new boundary pushing flowed.

Born on the same day as legendary US hip hop icon J Dilla (February 7, 1974) both producers have often been linked and they followed similar career trajectories. Focusing on laidback hip hop production during the genre’s infancy, neither name really received mainstream accolades until after their untimely passing (both also passed away in February).

What’s amazing is that Nujabes only released two studio albums during his lifetime, 2003’s ‘Metaphorical Music’ and ‘Modal Soul’ in 2005. However, a third LP ‘Spiritual State’ was released in 2011, after his death. A rather prolific producer he left behind some unreleased and unfinished work, a lot of which is now floating around the internet and on compilations like ‘Luv(sic) Hexalogy’ 2015 and ‘Modal Soul Classics II’ 2010.

It's been seven years since the death of Nujabes. Rest in beats to one of the greatest. Photo: Unknown

One of his most defining works is his soundtracking of the cult anime series Samurai Champloo. Developed by animation studio Manglobe, this series was a unique mash up of hip hop, street and graffiti culture, but with samurai’s living in feudal era Japan. Though it sounds like an unlikely combination, it worked and became a massive indie style success.

Thanks to the shareability of the internet, the legacy left behind by J Dilla, the work of international jazz influenced hip hop stars like The Root and Madlib, and the increased accessibility of Japanese culture for outside audiences, Nujabes’ work is arguably more influential on a broader scale today than it ever was during his life. His work has inspired artists across the world including classic style rapper Joey Bada$$ and Australian producer Ta-Ku, who released a 25-day project called ‘25 Nights For Nujabes’ which you can hear on Soundcloud.