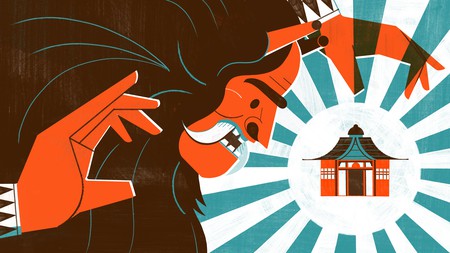 Originating in the northern city of Oga, Akita prefecture, namahage is a ghastly, ogre-like demon typically used to frighten lazy and badly behaved children into getting their act together. We take a look at the origins, history and rituals of this unique celebration.

Beginning as a local tradition, the Namahage Festival was born as a creative way for exhausted parents to threaten children into behaving – the threat being that if children don’t listen they risk being snatched by the namahage.

Today, it’s considered one of the most fascinating and hilarious (for the adults at least) spectacles to see in Japan.

The legend of namahage

Legend has it that the namahage were brought to Japan by the Han emperor of China over 2,000 years ago. The demon-like ogres stole crops and kidnapped young women from the villages of Oga.

To drive the namahage out of the area, the villagers hatched a plan; they promised to give up all the young women in the village at once if the ogres could build a massive stone staircase overnight, but if they failed, they would agree to leave Oga for good. The creatures agreed, and just before the staircase was a completed, one of the villagers imitated the sound of a rooster’s crow, tricking the namahage into believing that morning had come and they had failed to complete their task. The namahage left Oga, never to be seen again. Except that is at New Year, or so the children of Oga believe. 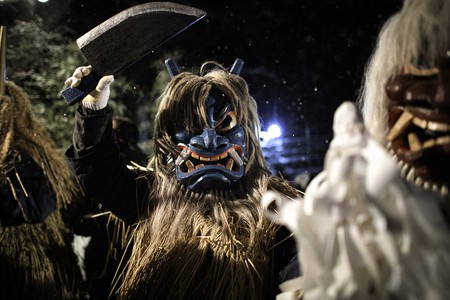 While the namahage were supposedly driven out of the city a long time ago, they would eventually be portrayed by local men in costume in order to frighten misbehaving children. If that sounds bizarre, well, that’s because it is: carrying massive axe-sized knives and donning straw capes and ogre masks, the villagers march around the town in groups of two or three, going door to door visiting people’s homes to interrogate families asking, “Are there any naughty kids around?” or “Are there any lazy daughters-in-law here?”

To make sure everything is in order, the namahage also carry with them a ‘naughty or nice’ book, where they jot down notes offered by parents on how they want their children to behave better come the New Year. After the children are sufficiently terrified, the head of the household will typically appease the ‘ogres’ by giving them sake and rice cakes (mochi) and sending them on their way.

Adults are not entirely safe from the namahage’s presence. Often newlywed couples are probed and are expected to divulge all the ‘evil deeds’ they are guilty of during their first year together. They’re also obliged to offer sake and food to the namahage before sending them away. 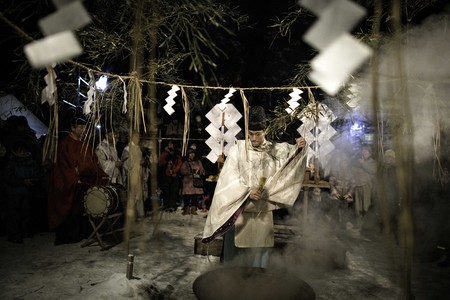 The namahage ritual still takes place in Oga every New Year’s Eve, and visitors are welcome to observe the traditional practice. If you are looking for a unique way to ring in the New Year, it’s definitely one of the more out there ways to celebrate.

If you already have New Year’s Eve plans, there’s also the Namahage Sedo Festival (in Oga) which is held for three days in early February and features bonfires, traditional storytelling and dancing. 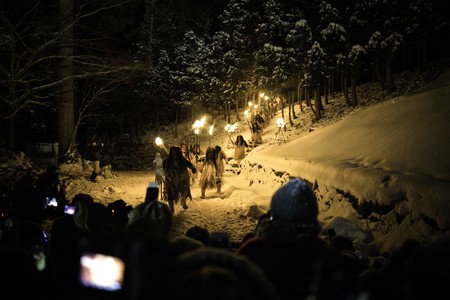 If you like your rock super dark, and a little evil, Akita is also home to the Oga Namahage Rock Festival. A contemporary celebration of arguably the nation’s most feared demon-like deities, the event runs over two days in late July. Previous years have seen headline shows by Osaka heavy metal legends Crossfaith, Kyoto punk metal crew Rottengraffty and Tokyo rockers Crystal Lake.

Learning more about the namahage in Oga

Spend just 10 minutes in the town of Oga, and you’ll realise the people here are a little namahage crazy. These fearsome figures are everywhere. They’re printed on biscuits, made into cute keychains, and they even appear on the area’s wind turbines. 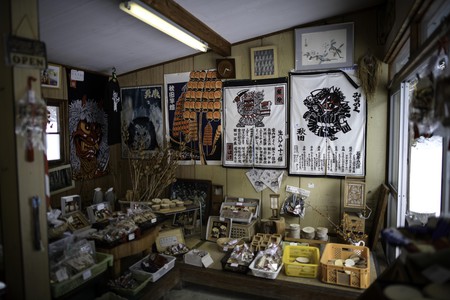 Dress up as a child-snatching demon at the Namahage Museum

The Namahage Museum is the first point of call for your namahage experience. The museum hosts a number of exhibits including a history on Oga and a showroom full of different namahage costumes created by different communities in the area. Here you can also dress up as a namahage and if you’re lucky, see a namahage mask being made. 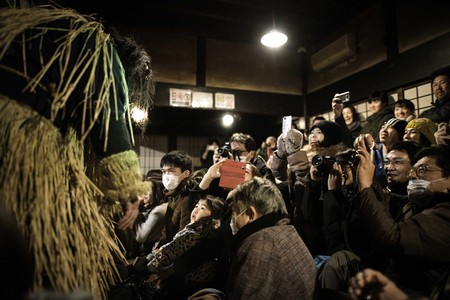 Oga Shinzan Folklore Museum sits next to the Namahage Museum. This traditional-style Japanese farmhouse plays the backdrop to year-round namahage reenactments. While it’s all in Japanese, it’s still a lot of fun to watch.

Sitting atop the more than 560m (1,837 ft)-high Mount Shinzan, the Shinzan Shrine is home to the annual Namahage Sedo Festival which is held every February. 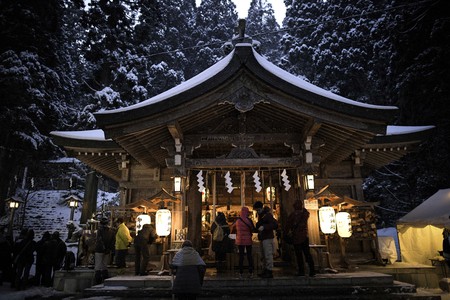 Stop off at Goshado (Akagami Shrine), where the myths unfolded

This is where the 999-step legend of the namahage is said to have occurred. Estimated to have been built sometime at the start of the 17th century, the shrine is a five structure collection of buildings. Given the 999-step journey to reach the shrine, it may not be the easiest place to visit but it’s well worth the journey.

How to get to the land of the namahage

Oga peninsula is located on one of the most northern pockets of Japan’s main island of Honshu in Akita Prefecture. From most of Japan’s major cities, it is best reached via Akita city.

Local airlines JAL and ANA run a number of flights every day between the city and Tokyo’s Haneda Airport. Typically a flight takes a little over an hour. Via train, the JR Akita Shinkansen regularly travels between Tokyo and Akita (and is covered by the Japan Rail Pass). The journey takes about four hours each way. The cheapest option, however, is to catch an overnight bus, which from Tokyo takes about eight hours each way. Companies Akita Chuo Kotsu and Odakyu Bus run overnight buses between Tokyo and Akita, as does budget bus line Willer Express.