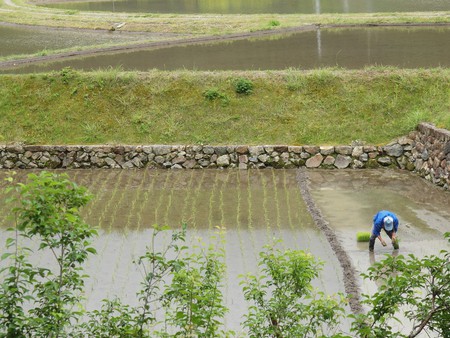 As global warming looms as an ominous threat, and our consumption goes through the roof, it’s time we all started looking for better waste-reduction options. Recycling and conscious consumption is great, but is it possible to live a zero-waste lifestyle? One town in Japan believes so.

The people of Kamikatsu in Japan’s Tokushima Prefecture on Shikoku Island are the unlikely leaders of the garbage-free revolution. Home to just under 2,000 people, this small town is set to become completely trash-free by 2020 and this is how they’re doing it.

The origins of the zero waste town

In 2003, the town embarked on an ambitious plan to dive headfirst into an arduous, though ultimately rewarding, zero-waste program. After years of simply incinerating most of their rubbish, the people of Kamikatsu realised there must be a better way to get rid of their trash while not trashing the environment at the same time. They aimed for a 2020 no-waste revolution and began their journey by introducing a composting system and 34 designated categories into which garbage could be sorted for reuse. Since then, the number has grown to 45, but it’s nothing these resourceful folk can’t handle.

Because there are no garbage trucks in the area, each household and store is responsible for washing, sorting and delivering their trash to the recycling centre. Though at first it took a little time to get used to, it wasn’t long before this method of waste-management slipped seamlessly into everyday life in Kamikatsu. It may seem like taking your own rubbish directly to the centre could deter people from participating in the scheme, but there’s an argument for the idea that being aware of how much waste you produce is beneficial to conscious consumption.

At the recycling centre, the Hibigaya Waste Station, a local worker is responsible for overseeing the waste-sorting, making sure everything is recycled that can be. Items such as clothing and toys are resold or repurposed accordingly. The station is also home to a recycle exchange shop, where locals drop off items they no longer need and take home any items they find there for free. Down the road, there’s a local factory where the women of the town produce items from unwanted goods, like teddy bears crafted from old kimono fabric.

Looking ahead to the future

Now almost 15 years on from the introduction of the initiative, the town currently recycles around 80% of its waste. It’s a pretty impressive statistic. Given that the hurdle of getting used to this process of waste-reduction is now essentially ancient history, Kamikatsu’s ambitions for becoming a completely waste-free town by 2020 seem more than possible.

When it comes to turning over a fresh eco-friendly leaf in 2018, there’s no better time to look at what this humble town is doing for inspiration. Though a completely waste-free world seems impossible now, it’s not a ridiculous hope. In fact, in the United States there are a number of towns well on the way to becoming trash-less, such as Berkeley, California, home to a few hundred thousand people, which is reported to be an almost 80% waste-free city.