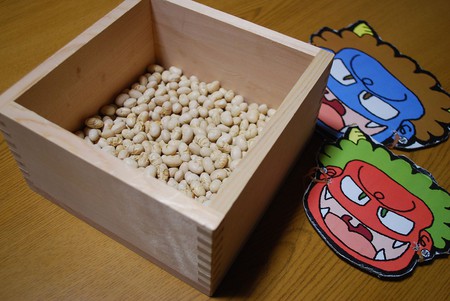 Each year, shrines and temples throughout Japan prepare for spring with mamemaki as part of the Setsubun celebrations. This bean-throwing custom involving demons and lucky beans has been around for well over a thousand years. Discover the history behind this annual Japanese ritual.

While Japan no longer adheres to the lunar calendar, many of the celebrations associated with it were adopted from China during the Heian period and have stuck around ever since. Mamemaki is one such custom, believed to have its roots in Chinese folk religion. It took its modern form sometime during the Muromachi period.

Mamemaki is performed on the day before the first day of spring according to the lunar calendar – also known as Setsubun,or Risshun – every year. The period of time surrounding the Lunar New Year, including Setsubun, was thought to bring the spirit world closer to the physical one. Thus, practices like mamemaki became popular. Tossing the beans is symbolic of driving away any evil spirits who might have wandered too close to the physical realm. 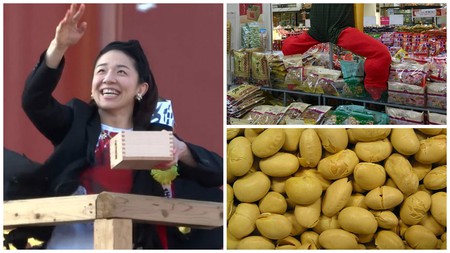 Virtually every shrine and temple integrates some form of mamemaki into their Setsubun celebrations. The basic concept is to prepare the lucky beans (fuku mame) – roasted soybeans – and toss them, usually at someone wearing an oni (demon) mask. Sometimes the beans are just scattered into the crowd, and other times the ritual is more traditional, with volunteers in demon costumes getting pelted with fuku mame. The chant during the ceremony goes, “Oni wa soto! Fuku wa uchi! ” (“Demons get out! Good fortune come in!”).

It’s thought that eating the number of beans equal to one’s age will ensure luck, health and happiness for the following year. Many families, especially outside of the bigger cities, will host their own mamemaki at home, scattering beans around the house to ward off evil instead of – or in addition to – heading to a shrine. In 2017, the Setsubun festivities will fall on February 3.