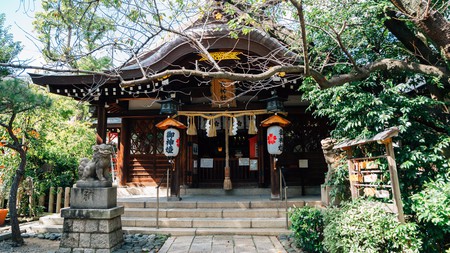 According to locals, the key to living your best life in the Kansai region is to study in Kyoto, work in Osaka, and live in Kobe. A modern take on Japan with a stylish atmosphere and diverse population, Kobe is a delight for foodies, culture seekers, and shopping addicts. Here’s what you need to know.

“Don’t come to Kobe looking for a traditional Japanese experience like you would find in Kyoto,” is the advice Canadian expat and long-time Kobe resident Cheyanne Bardsley has for visitors. “It has a different feel from Tokyo and Osaka, but that’s what also makes it appealing, you get to see a Japanese take on European culture.”

The European influence on Kobe can be traced back more than 150 years when the city became one of the first places in Japan to start international trade with the opening of the port, attracting wealthy merchants from Europe who settled in the Kitano area.

The people of Kobe like to think of themselves as welcoming and open-hearted, and perhaps the best sign of this is reflected in the city’s diversity. For example, in addition to the European buildings of Kitano, Kobe is home to the oldest mosque in Japan, established in 1935 and one of the only buildings in the city to survive the bombings of World War II. Kobe is also the only Japanese city outside Tokyo with a synagogue and boasts Japan’s second-largest Chinatown.

Kobe’s proximity to nature is one of the reasons the city is so special, according to local tour guide Sumire Takemoto, founder of Face to Face Japan tours, who was born and raised in the area. “Kobe is close to the mountains and the ocean,” Sumire says. “Within minutes from downtown Kobe, you can enjoy the views from Mount Rokko or be relaxing on Suma Beach, the longest beach in the Kansai region.”

Mount Rokko, a mountain range whose highest peak stands at 931 metres (3,055 feet) high can be accessed by cable car. Time your visit to Mount Rokko to coincide with the sunset for spectacular views of the Kobe region. Suma Beach is a 10-minute train ride from downtown Kobe and is a fashionable summer hot spot with its white sandy shores and cool beach bars. 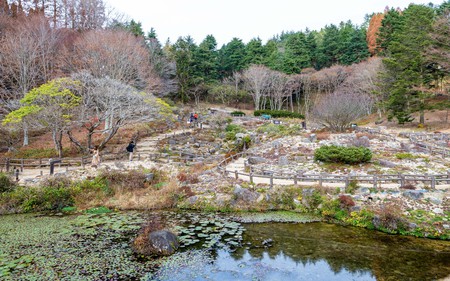 Kobe is where the good beef is at

When in Kobe it would be a tragedy to leave without trying some of the world-famous beef at a fraction of the price you would find outside of Japan. Sumire explains that the secret behind the amazing tasting Kobe beef is down to strict breeding regulations and the particularly soft grass the cows graze on. Kobe beef is referred to as shimofuri in Japanese, the official term for the marbled cuts that contain just enough fat to create that juicy taste that melts in the mouth.

You won’t struggle to find Kobe beef in the city’s restaurants but Sumire recommends a particular establishment she used to work in called Steakland in downtown Sannomiya. “The owners, chef, and staff are nice people, the Kobe beef is good quality and very affordable compared to other restaurants.”

Chinatown’s best bites are not inside the restaurants

According to Ariana Saeki, a YouTuber documenting her life in Kobe, some of Chinatown’s best eats are not inside the restaurants but outside on the street food stalls. She says: “Skip the sit-down places in Chinatown, the street food is way better and dirt cheap, you can buy six dumplings for around ¥300 (£2.25), and huge candied strawberries for ¥100 (£0.75). There is also a small plaza area with hanging lanterns where you can stop and eat your food.”

Roushouki, established in 1915, is one of the most popular takeout restaurants in Chinatown where you’ll find long lines of people waiting to buy their famous steamed pork buns called butaman. These buns are not only delicious but also a bargain at around ¥100 (£0.75) each. 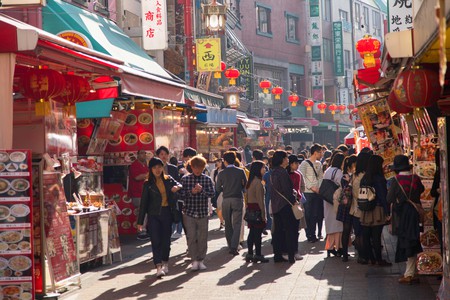 Recharge in a downtown ‘power spot’

‘Power spots’, as they are called in Japanese, refer to spiritual areas, usually around shrines and mountains, where people can go to collect energy. According to Sumire, in Kobe, one of these spots is said to exist at the Ikuta shrine, located in the downtown Sannomiya area and the oldest shrine in Kobe. “At Ikuta Shrine there is a small forest behind the main shrine building, more like a grove, which is like a sanctuary in the city, good for meditation and relaxing”.

Bread, sweets and sake are all must-try items

Aside from beef, Sumire says the three items you must try in Kobe are bread, sweets, and sake. For bread, she recommends Isuzu bakery near Sannomiya station that has been operating since 1946. Isuzu’s unique product range includes salt and kelp bread, deep-fried curry doughnuts, and an award-winning mountain-shaped loaf of bread called yamashoku.

For sweets, try Morozoff, a luxury confectionary maker founded in Kobe in 1931 by a Russian immigrant. The company is famous throughout Japan for their custard puddings with caramel sauce served in individual glass pots.

Finally, for sake, Sumire recommends paying a visit to Kobe’s Nada district. “It’s the largest sake-producing area in Japan” she states. “It takes around 10 minutes to get there from downtown Kobe and you can visit a lot of breweries in a day”. 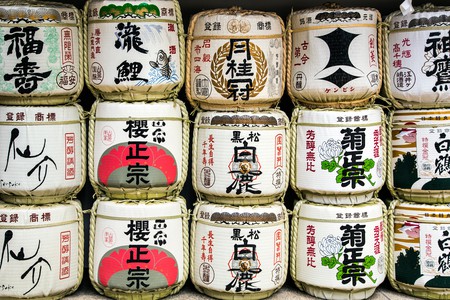 Take the bus if you’re short on time

If you only have one day to spend in Kobe, Cheyanne recommends buying a pass for the City Loop bus that hits all of the major tourist sites to include Chinatown, Kitano, and Harborland shopping district. A one-day pass costs ¥680 (£5.10) and can be purchased on the bus or at the city’s tourist information centres.

Kobe is serious about coffee

In addition to being home to Japan’s only coffee museum at the UCC Factory where visitors can hand-roast their own coffee beans, Cheyanne mentions you can find plenty of small independent shops in Kobe’s downtown area selling handmade coffee grinders and beans roasted in-house.

Instead of Starbucks, residents like Sumire prefer to visit locally owned coffee houses. “My favourite coffee shop is Nishimura. It has a nice atmosphere and they use Kobe spring water to brew their coffee” she says. The Nishimura chain was established in 1948 and was the first in Japan to serve black coffee, cappuccino, and coffee jelly. There are nine branches located throughout Kobe, but the most charming is the red brick, ivy-covered Kitanozaka store with its antique furniture and dark wood panels. 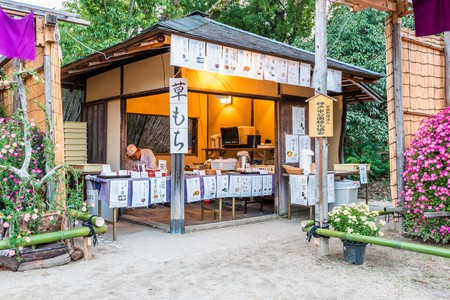 Shopping is big business in Kobe, from the American-style designer outlets selling discounted branded goods to the shopping malls and department stores of Harborland and Sannomiya. According to Sumire and Cheyanne, wandering the city’s narrow side streets and browsing the small boutiques and vintage shops is a good way to get off the beaten tourist track and experience the local culture.

In particular, Sumire recommends a visit to Kitano Meister Garden, a former elementary school that has been converted into an indoor market selling local handmade products such as stationery, jewellery, and bags.

Try to catch a festival

Kobe is a city of festivals with an annual jazz festival held in October drawing musicians and fans to the city from around the world for two days of live houses and a marching band parade. Other noteworthy events include the Kobe Matsuri in May and the Luminarie festival in December. The Matsuri is like a giant street party, and Ariana explains the event started “as a memorial for the people who died in the 1995 earthquake, the whole downtown area gets closed off and they have these huge illuminated arches that line the streets.” 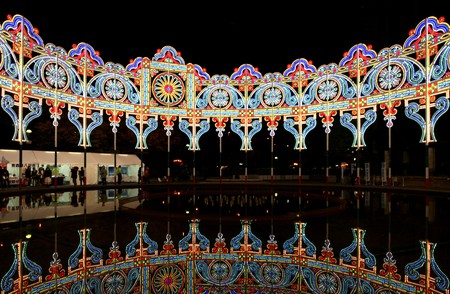