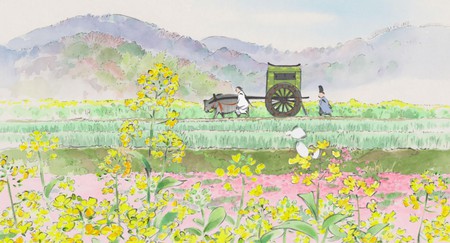 Like many other films created by the revered Studio Ghibli, 'The Tale of Princess Kaguya' takes inspiration from a great literary work | © Photo 12 / Alamy Stock Photo

Studio Ghibli, the revered animation house, has made a number of timeless classics, many of them inspired by ancient myths and literature from across the ages.

Anime fans and movie lovers alike were in heaven when Studio Ghibli made its back catalogue (with the exception of the heartbreaking World War II drama Grave of the Fireflies) available for streaming via Netflix in Europe.

This momentous coup for Netflix gives viewers a fresh opportunity to do a deep dive into works that are some of the best films ever made, not just in Japanese anime, but in all of cinema.

Titles such as The Tale of The Princess Kaguya and Howl’s Moving Castle stand as classics in their own right, but they also take inspiration from a diverse set of influences, from manga to Greek myths. Here are some of those works and the literary references that fed into their creation.

Given Miyazaki’s gift for making enchanting children’s stories like My Neighbor Totoro (1988), it was no surprise that he would one day adapt the work of a renowned children’s author. Diana Wynne Jones wrote the original 1986 book that was the basis for the 2004 film, but originally, the adaptation wasn’t meant to be adapted by Miyazaki at all, as he had retired after making his masterpiece Spirited Away (2001). In fact, Miyazaki has announced his retirement a total of three times, only to eventually return to the director’s chair each time.

Howl’s Moving Castle was to be directed by Mamoru Hasada but he left after creative differences, prompting Miyazaki to step in and take the creative reins. The end result takes understandable liberties with the book – the cast of characters is dramatically reduced, the plot is streamlined and the tone is lightened – but in spite of this condensing of the source material, the movie still retains its otherworldly magic. 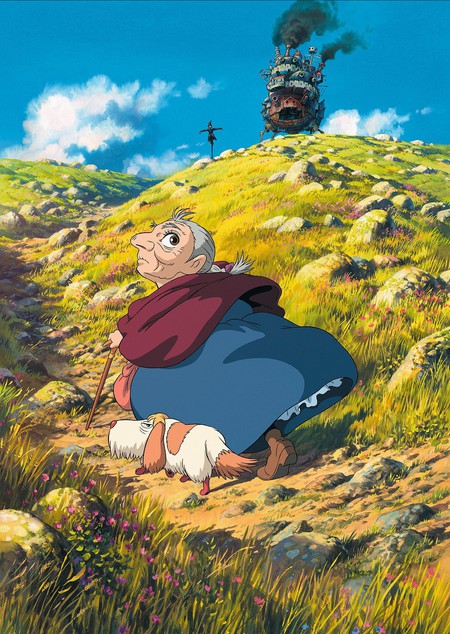 Many Japanese people are familiar with the native folk tale The Tale of The Bamboo Cutter, which is the basis for director and Ghibli co-founder Isao Takahata’s directorial swansong. The legend dates back to ancient Japan, and is believed to be its first-ever piece of fictional prose, known as monotogari. It tells the story of a kind, elderly couple who one day discover a tiny baby in the hollow of a bamboo stalk. They raise her as their own, and she grows quickly into a beautiful young woman.

This simple template is built upon by Takahata to make what is arguably the most visually exquisite entry in Studio Ghibli’s canon, thanks to its gorgeous watercolour animation. The film takes the bare bones of the story and uses it to make a compelling character study, as the adolescent Kaguya attempts to reconcile her magical origins with her place in the world as the adopted child of human parents. Her self-inquiry prompts the great questions of our age: Why are we here? What does it mean to connect with others?

As the heroine ponders the true cost of belonging, the film gently but inexorably builds towards a stunning climax that is one of the most emotionally gut-wrenching ever seen in a children’s film. 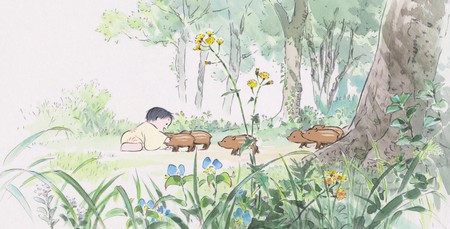 Miyazaki hit the ground running with his first-ever feature film, made before Studio Ghibli was formed. The protagonist is one of the great icons in Japanese pop culture – Lupin the Third, a ubiquitous presence everywhere from Pachinko parlours to multiplex cinemas. The character’s literary origins go deep. He first appeared in 1967 in a manga by the late, great Kazuhiko Kato, better known by his pen name Monkey Punch.

In the manga’s narrative, Lupin is the great-grandson of gentleman thief Arsene Lupin, himself the hero of classic novels by French writer Maurice Leblanc. In the manga, and its many animated adaptations, the modern-day Lupin is a sex-obsessed, amoral thief. Nudity and violence feature prominently. In Miyzakai’s hands, he is more of a loveable rogue, up to his neck in skullduggery, but with a heart of gold. 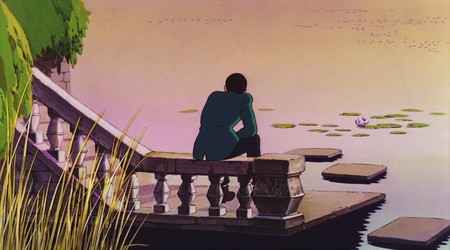 Lupin the Third is the protagonist of ‘Castle of Cagliostro’, and also appears in many other places in Japanese pop culture | © Tms/Kobal/Shutterstock

‘The Graveyard by the Sea’, a poem by Paul Valery, features in ‘The Wind Rises’

Intended as Miyazaki’s farewell, The Wind Rises (2013) is a measured, semi-fictionalised biography of Jiro Horikoshi, designer of one of the aircraft that Japan used during World War II. One of its inspirations was a poem by Paul Valery, French poet, essayist and philosopher.

In The Graveyard by the Sea, Valery writes, “The wind rises!… We must try to live!” As well as literally taking the film’s title from this excerpt, Miyazaki also embraces the poem’s subtext, which deals with the necessity of choosing life even in the face of hardship and death.

By the end of the film, Horikoshi has endured personal loss and seen his beloved creations turned into machines of war that have been used to inflict death and suffering, but he still makes the decision to look forward and make the most of his life.

Another work that inspired the film was The Wind Has Risen, a 1937 novel by Hori Tatsuo. The book is a love story set in a tuberculosis ward, which is reflected in the film by Horikoshi’s unrequited love for his wife Naoko, herself suffering from the disease. 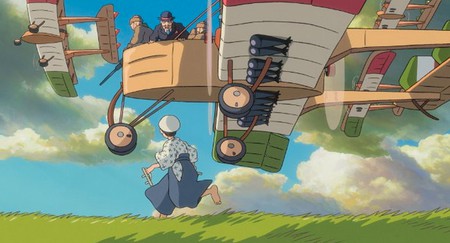 ‘Laputa: Castle in the Sky’ is an homage to ‘Gulliver’s Travels’

Studio Ghibli’s first production wears its literary influences on its sleeve: its setting is an homage to Jonathan Swift’s Gulliver’s Travels (1726), where the book’s third part is set on a mysterious floating island from which the 1986 movie takes its name.

The parallels between the two works are obvious. Fittingly, Swift even titles the part “A Voyage to Laputa… and Japan.” Miyazaki’s history goes back a long way, as he was brought in as an uncredited screenwriter on Gulliver’s Travels Beyond The Moon, a 1965 animated feature from Toei Company studios. He also supplied additional artwork and it was this that brought him to the attention of studio executives at Toei, giving him a major boost in the animation industry. 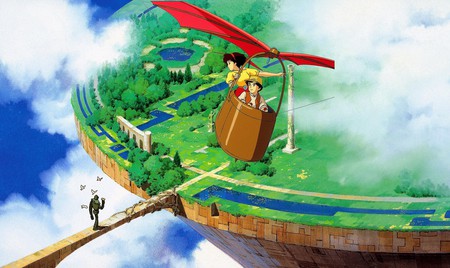 Jonathan Swift’s ‘Gulliver’s Travels’ had a strong influence on ‘Laputa: Castle in the Sky’ | © Allstar Picture Library / Alamy Stock Photo
Give us feedback