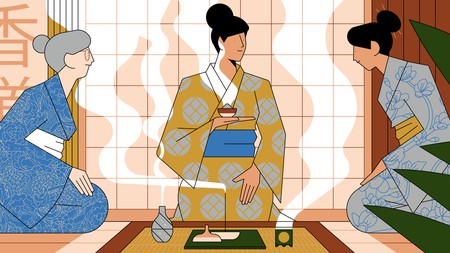 Incense listening is a meditative game imbued with an element of competition. Known as kodo (香道) in Japanese, participants are pulled into an elaborate guessing game where they must match the scents of different kinds of incense.

While its origins are in China, incense listening is a deep dive into Japanese culture. Like ikebana (flower arranging), kintsuji (ceramic joinery) and tea ceremonies, kodo is a lesson in aesthetic appreciation; it is as much a game as it is an art form. Read on to find out how to participate in this several-hundred-year-old tradition.

To understand the importance of kodo, it’s best to take a look at the word itself. In Japanese, many words use the compound do which can be taken to mean “the way of” doing something.

Shodo (書道) is the way of calligraphy, sado (茶道) tea ceremony and kado (華道) ikebana, or flower arranging. In all of these terms, “do” means “the way”, and represents the process of aesthetic appreciation. Kodo is no different. 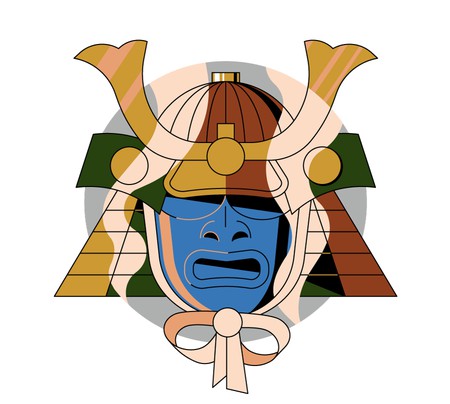 “Incense Listening” was a game once played by fudal lords, shoguns and members of the imperial court | Sam Peet / © Culture Trip

A brief history of “The Way of Incense”

Incense was introduced to Japan by China in the 6th century, in tandem with the spread of Buddhism. Ever since, the burning of incense has played an integral role in the practice of spirituality throughout the nation, in prayer ceremonies, meditations and religious festivals.

The appreciation of incense only became a game several hundred years later in the 13th and 14th centuries. Feudal lords, shoguns and imperial court people would place wagers on how good their sense of smell was, watching their fortunes go up in smoke if they guessed wrong.

Nowadays, kodo is less of a gambling game and more of an exercise in mindfulness – but it’s not an accessible experience. One of the primary reasons kodo isn’t widely practiced throughout Japan is that the raw materials required for the ceremony are incredibly expensive.

The incense used in kodo ceremonies are fragrant wood chips known as koboku (香木) and are taken from a tree the Japanese call jinko (沈香). Also known as agarwood, the tree resin contains a high oil content – making it a very sought-after material. A single gram of this wood is worth several hundred dollars.

How to play kodo

A beginners’ version of the game – known as sanshu-koh – typically involves three types of incense. Guests must decide whether any of the aromas match, whether they all match or whether they’re all different. As the game gets more advanced, more aromas are added to the lineup.

But it’s not as easy as it sounds. Ceremony masters must go through training and even complete a series of tests to be able to hold ceremonies. “Even now I still cannot get it right sometimes,” says Nae Anri, an incense listening expert who runs ceremonies in Kyoto-based incense store Yamadamatsu Incense-Wood Co.

Her advice is to “try and match the smell to a taste, whether you’re finding a sweetness or catching hints of sour or bitterness, or even smells reminiscent of miso”.

More than just the act of smelling, it’s also about “listening” to what the incense is trying to tell you by allowing the fragrance to envelop your senses, to let the aroma linger in your mind and your body. 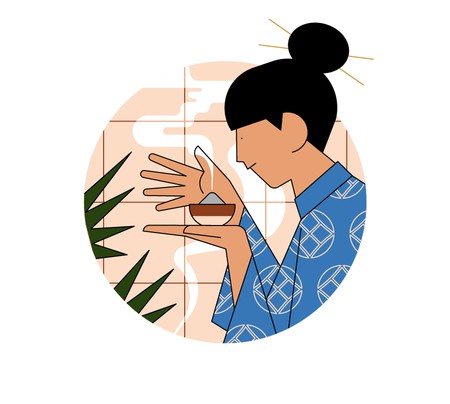 What to do in an incense listening ceremony

Like a tea ceremony, the entire process is completed in silence. Guests are given a piece of paper and a pen with which to write their guesses. When all the guests are seated and have written their names on their allocated sheets, the ceremony begins.

The ceremony master then prepares the first aroma in the kodo cup filled with white ash. “Inside the ash, you place a piece of smoldering charcoal,” Anri explains. Inside the ash above the charcoal, the master will make a hole; this allows the heat to rise, which will in turn heat the incense. The ash is then compacted, and on top of this hole sits a whisp-thin plate made from mica mineral; the incense will sit on top of this.

The first cup is then passed to the guest seated on the master’s left side, a position typically reserved for guest of honor. The guest then picks up the cup with their right hand and places it in their left palm. Using their right thumb and index finger, participants create a little “window” at the top of the kodo cup. Then it’s simply a matter of inhaling the scent, letting the action engulf each of your senses, before exhaling to the left.

These steps are then followed for the next two aromas. Once done, guests then write down their answers following a geometric code system. After everyone has finished, the real anticipation builds. The papers are handed over to the ceremony master who compares the answers and announces the winner.

Where you can do it

If you’d like to try incense listening, Yamadamatsu Incense-Wood Co. in Kyoto holds ceremonies for visitors as well as more seasoned listeners. A session runs for around an hour and costs ¥1,500 (£11.15) per person.

As well as a ceremony house, Yamadamatsu is also a comprehensive incense store selling a broad range of traditional and more contemporary incense. International guests are also given a tax-free discount – just show your passport at the checkout.