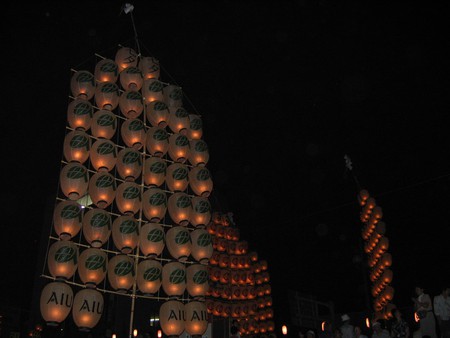 From August 3–6 each year, the capital city of Akita prefecture is home to the Kanto Matsuri, an impressive display that combines artistic weightlifting with towering bamboo poles and traditional instruments in one of the three biggest festivals of Japan’s northeastern Tohoku region.

Origins of the Kanto Matsuri

The Kanto Matsuri (‘pole lantern festival’) was born out of a few different Akita customs. One was the Obon tradition of hanging lanterns in the garden to welcome ancestral spirits. To make the lanterns more portable, they were attached to a bamboo pole, and gradually more and more lanterns and poles were added. 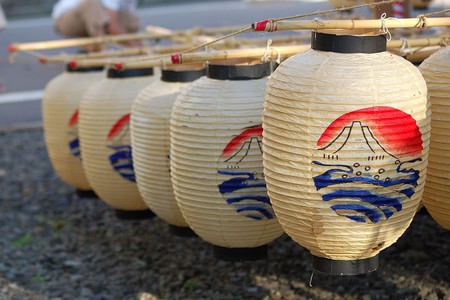 Another was the summertime tradition of Tanabata, a Japanese festival dedicated to praying for a successful harvest. In Akita specifically, there was also a local custom during the 18th century known as ‘Neburi-nagashi’, an annual event to help people wash away the drowsiness caused by the long, muggy days of summer. Over time, these various traditions came together and became an annual Akita festival in which kanto lantern poles are used to pray for a good harvest and help cleanse bad spirits.

Modern celebrations feature kanto that measure 12 meters (40 feet) long and carry up to 46 paper lanterns, weighing about 50 kg (around 110 lb) altogether. The lanterns are lit with real candles at night and are arranged in such a way that when raised into the air resemble golden yellow ears of rice. Skillful performers balance the kanto on their hip, shoulder, forehead, and open palm of the hand in a highly acrobatic feat that can be seen in Akita every August. 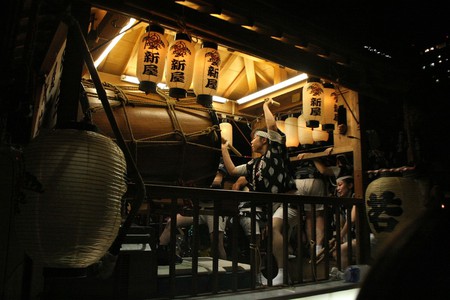 Traditional drums and flutes and chants of ‘Dokkoisho!’ (‘Heave-ho!’) encourage the performers, who must hold the pose before passing it on to the next performer. The procession moves down Akita City’s main street, Chuo Dori, at night with spectators lining the street on all sides. Daytime displays also take place in the Agora Plaza in front of Akita Station, with skill contests held to award the best teams. 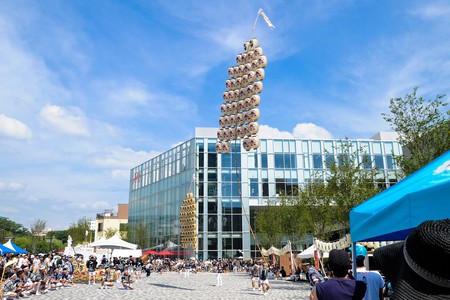 The Kanto Matsuri is a must-see summertime attraction that can be easily accessed by visitors.

Akita Airport (AXT) is a regional airport that can be reached via connecting flights from Haneda Airport (HND) in Tokyo and Kansai International Airport (KIX) in Osaka. From AXT, catch a bus transfer to JR Akita Station.