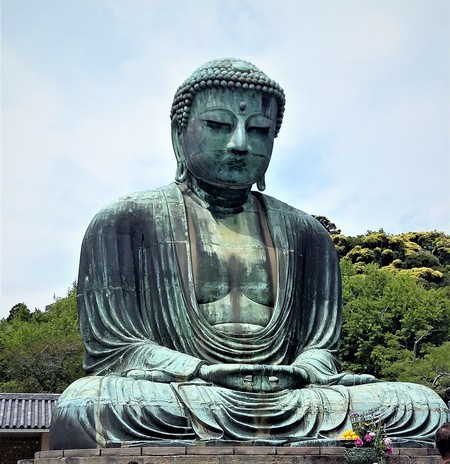 Kamakura is a popular spot for Tokyo residents who want a weekend getaway to the seaside, and although it’s less well-known to tourists staying in Tokyo, it’s worth considering for a day trip. This charming coastal town will certainly be a refreshing contrast to the skyscrapers and crowded streets of Japan’s capital.

Along with its quaint shops and kilometres of beaches, Kamakura has plenty of history and culture to offer in the form of centuries-old Shinto shrines, Buddhist temples and the Great Buddha statue. Kamakura is located approximately an hour away from Tokyo by direct train on the JR Yokosuka line, or alternatively via the Shinjuku line. From the train station, it’s possible to walk to most of the main attractions. 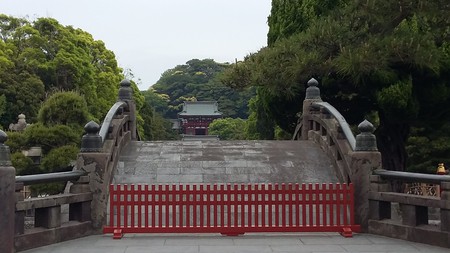 After a 15-minute walk from the station, you’ll reach Tsurugaoka Hachimangu, the town’s most important Shinto shrine, which sits on a hill framed on either side by trees and shrubs and is reached by a steep flight of steps. A small roped-off square marks the site of a 1,000-year-old ginkgo tree, which was uprooted during a storm in 2010 but continues to sprout leaves from its stump. The extensive grounds house the Kamakura Museum of National Treasures and the Museum of Modern Art. 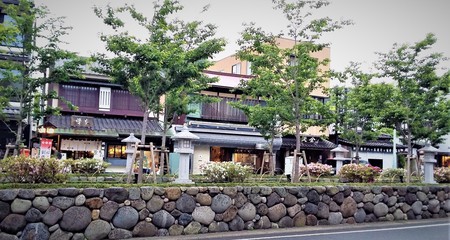 To approach the shrine, you must walk along Wakamiya-oji street, parallel to which runs Komachi-dori street, which has an entrance marked by a red Torii gate. These streets form the main shopping area, where unique handicrafts such as leather goods, glass animals and ceramics are on sale. Cute furry creatures are a favourite theme, especially cats, with cuddly toys and gifts of all kinds.

Look out for authentic Japanese clothing, from second-hand kimonos to split-toed Tabi boots and Tabi socks, designed to wear with traditional sandals (a similar style to flip-flops, or jandals). Harking back to the town’s ancient Samurai heritage, some shops stock replica swords and Ninja-throwing stars.

Branching off in a westerly direction will take you to Kotoku-in Temple, the home of Daibutsu, the Great Buddha. The seated figure is over 13 metres (43 feet tall) and is the second largest bronze statue in Japan (the largest can be found in the Great Buddha Hall in Nara). In front of the Buddha is a sculpture made of a few lotus flower petals—all that remains of what was once an entire flower.

The original statue dates from 1252, according to temple records, and was at one time covered in gold. The base was destroyed in an earthquake in 1923 and restored two years later. Repairs were made in 1960 to strengthen the statue and further restoration work was carried out in 2016. The monument is hollow and for a small fee, you can step inside to admire the craftsmanship that has gone into its construction and the detail with which the large sections of metal were pieced together.

The temple is not far from Yuigahama Beach, whose seafront is dotted with restaurants where you can grab a bite to eat while enjoying the sea view. While the sand is grey rather than golden, it’s still a pleasant place to dip your toes in the water or stroll along the esplanade, which is cooled by the sea breeze.

Visiting the beautiful coastal town of Kamakura makes for a great day trip from Tokyo and will offer sightseeing, refreshment breaks, browsing in shops, and even some time to relax on the beach, though those travelling at a brisker pace might find time for a detour to another temple or shrine before heading back to the station for the return journey.