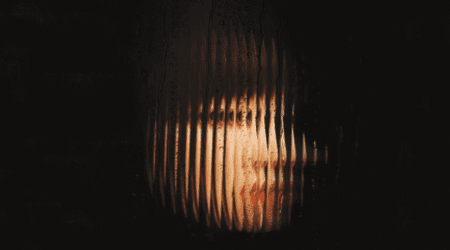 Earlier this month, the great publisher Farrar, Straus, and Giroux released the English translation of Six Four, a crime novel by Japanese author Hideo Yokoyama (we released an excerpt from it last week). A phenonmenon in its native country, Six Four is epic in scope and cinematic in scale, a crime novel that cuts to the very heart of Japan’s political infrastructure with icy perspicacity. To get a better sense of the novel’s success, we reached out to translator Jonathan Lloyd-Davies who was kind enough to answer a few questions.

To my understanding, detective fiction has long enjoyed a readership in Japan. What qualities and tropes does the genre share with Western crime thrillers, and what aspects of it are unique to Japan?

Detective fiction, the “mystery” genre, is extremely popular here in Japan. I’m a little inexperienced with the market as a whole, so I can’t really offer much specifics — what is the case is while the genre shares many characteristics found in Western crime thrillers, Hideo Yokoyama’s work is unique even here in Japan, with an emphasis on internal politics, and the central characters generally working outside of Criminal Investigations. The political motivation of many of his characters, the tribal sense of loyalty, is particularly Japanese.

I’m trying wrap my head around how a Japanese crime thriller has sold over a million copies. Is this normal for a detective novel? Was Six Four highly anticipated before it was published?

Hideo Yokoyama had written bestsellers before Six Four, such as Climber’s High and Motive. There was a long gap between these novels and Six Four, and I think anticipation was very high. Some detective novels sell very well, but from what I understand Six Four‘s sales were exceptional.

How does translating detective fiction differ from literary fiction? Is there more emphasis on honoring the drama of the story rather than the poetics of the text?

For me translating detective fiction is exactly the same as translating literary fiction. In both cases the goal is to be true to the text, to convey whatever the text is trying to convey in any given moment. If that’s a blistering pace, then the translation should match. If the prose is poetic, I would try to bring across a similar feeling in the English. For me it’s all about taking a mirror to the text and asking how it should look in the other language.

Was this a breakthrough novel for Yokoyama or was he already a big deal in Japan? What was it like to work with him?

This was Yokoyama’s breakthrough in that it topped his previous works, but he was already a big deal: his books have been made into films and dramas. I didn’t have the chance to work with him during the process — sometimes translators have a relationship with their authors, and this can be a good or a bad thing depending on how much control the author wishes to exert. In my case I worked independently, and Richard Arcus from Quercus was incredibly helpful whenever I had questions on style or clarification.

The book is sweeping in its purview and Japanese nuances, but one facet I was fascinated by was the structure of the police force and relationship to the government, something that Yokoyama would have much insight into as a former investigative reporter. Did your translation require much independent research on your part into these organizations?

It’s safe to say I had very little knowledge of the structures of the police force and its relationship to the government and media before taking on this novel, so research was necessary to make sure everything came together properly in the translation. I combed through most of the prefectural and central police websites (I think all translators have very strange google histories), then government and media websites. There was a fair amount of note taking to keep things consistent in the work, too.

What’s next for you? What are you currently working on?

In my spare time, I’m currently working on a translation of short stories set in the Six Four universe, all prequels but featuring some of its main characters. I think it will go down well with fans of Six Four, as it will provide further insight into Yokoyama’s intricate world.