Jizō: Protector of the Kanmangafuchi Abyss 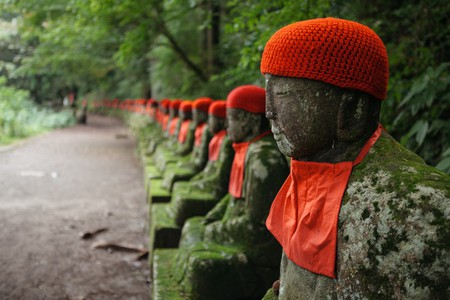 Up in the wilds of Northern Japan, the Kanmangafuchi Abyss is a gorge that was created by a violent volcanic explosion around 7,000 years ago. Today, it offers a pleasant walk along the Daiyagawa River away from the tourist crowds of Nikko. However, it’s not without its mystery – here’s everything you need to know. 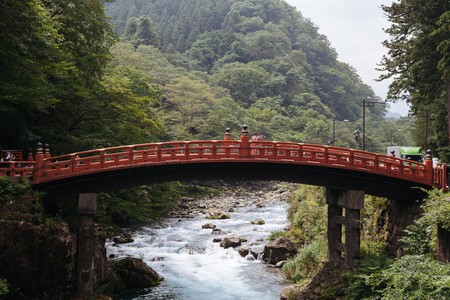 What makes the Kanmangafuchi Abyss so special?

Lining the path along the abyss is a row of about 70 Jizō statues. Known as bake Jizō, or ghost Jizō, according to local legend they will disappear like ghosts and change their location. They say it’s not possible to count the same number of Jizō twice walking along the path. 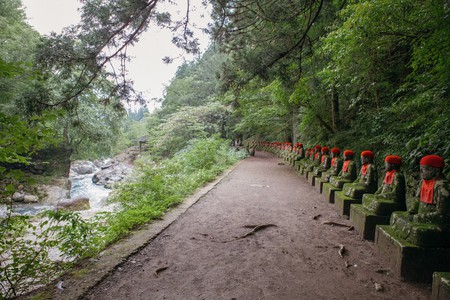 Jizō have a long and complicated history in Japan. Originally from India, they were never popular until they reached East Asia. Jizō is an almost saint-like figure in Japanese Buddhism. There are Jizō statues rubbed to cure ailments, Jizō to protect firemen, and even Jizō that are said to sweat. Japanese people say quick prayers to him for almost anything, but typically he is thought of a protector of travelers and children. One of the most recent incarnations of Jizō is Mizuko Jizō, or the Jizō of unborn children. 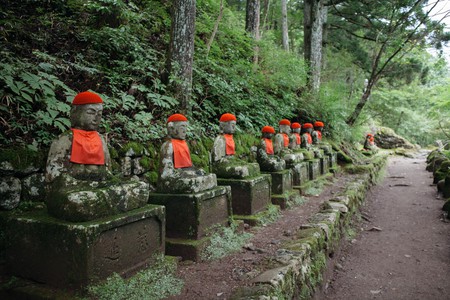 According to the Japanese belief, unborn children, or those who die young, are not allowed into heaven because they did not live long enough to collect enough good karma to be accepted into the heavenly fold. Due to their parents’ grief caused by their passing, the children acquire negative karma and are sent to purgatory. Purgatory is a river plagued with demons and ghouls. Trying to gain positive karma and climb out of purgatory, the children stack rocks into piles, but demons torment them by kicking down their stacked rocks. 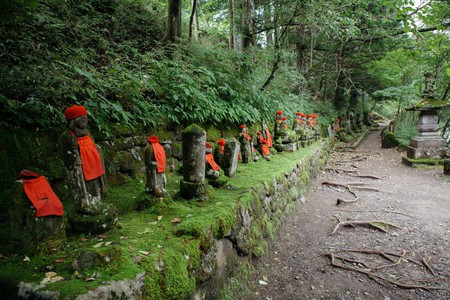 These young babies are not without hope though. Jizō wanders the riverbanks, hiding the babies in the sleeves of his robes to keep them safe. He pleads on their behalf to be let out of purgatory. This is one reason why Jizō statues are often seen clothed with bibs and hats. These are given to the Jizō by parents hoping he’ll protect and clothe their children in the afterlife. Often there are small rock piles scattered around Jizō statues, built by parents hoping to help their children escape purgatory. 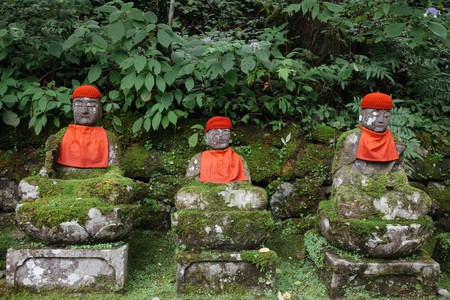 When you walk along the Kanmangafuchi Abysss, after trying to count the Jizō, say a quick prayer asking for safe travels and then maybe try stacking up a few rocks.